The Magdeburg Cathedral or the Magdeburg Dom; also called Magdeburger Dom, is the oldest existing Gothic Cathedral/structure in Germany. Initially built in the nine hundreds, this is the newest structure which was built for three hundred years starting from the early twelve hundreds. Yes, that old!! 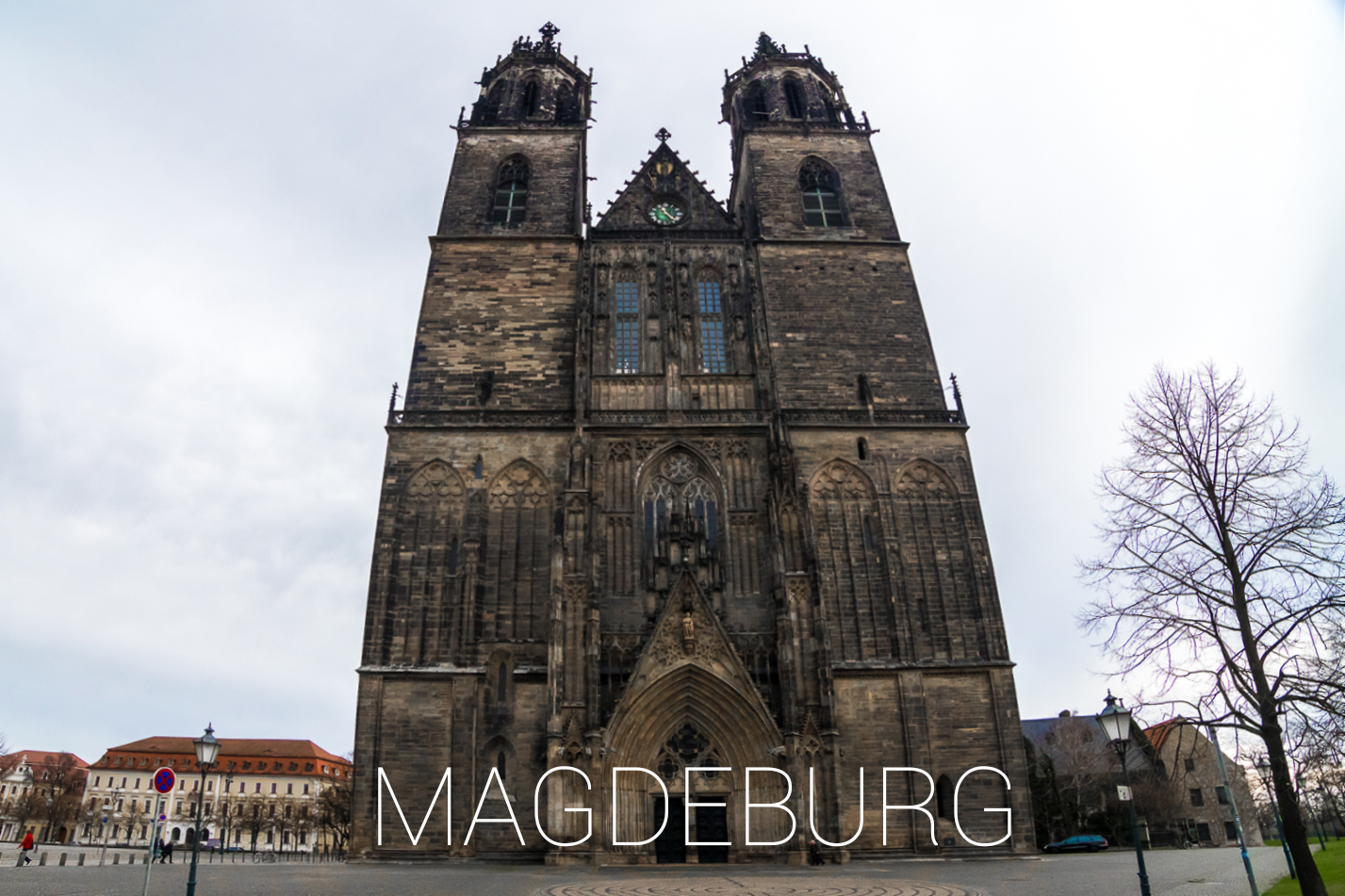 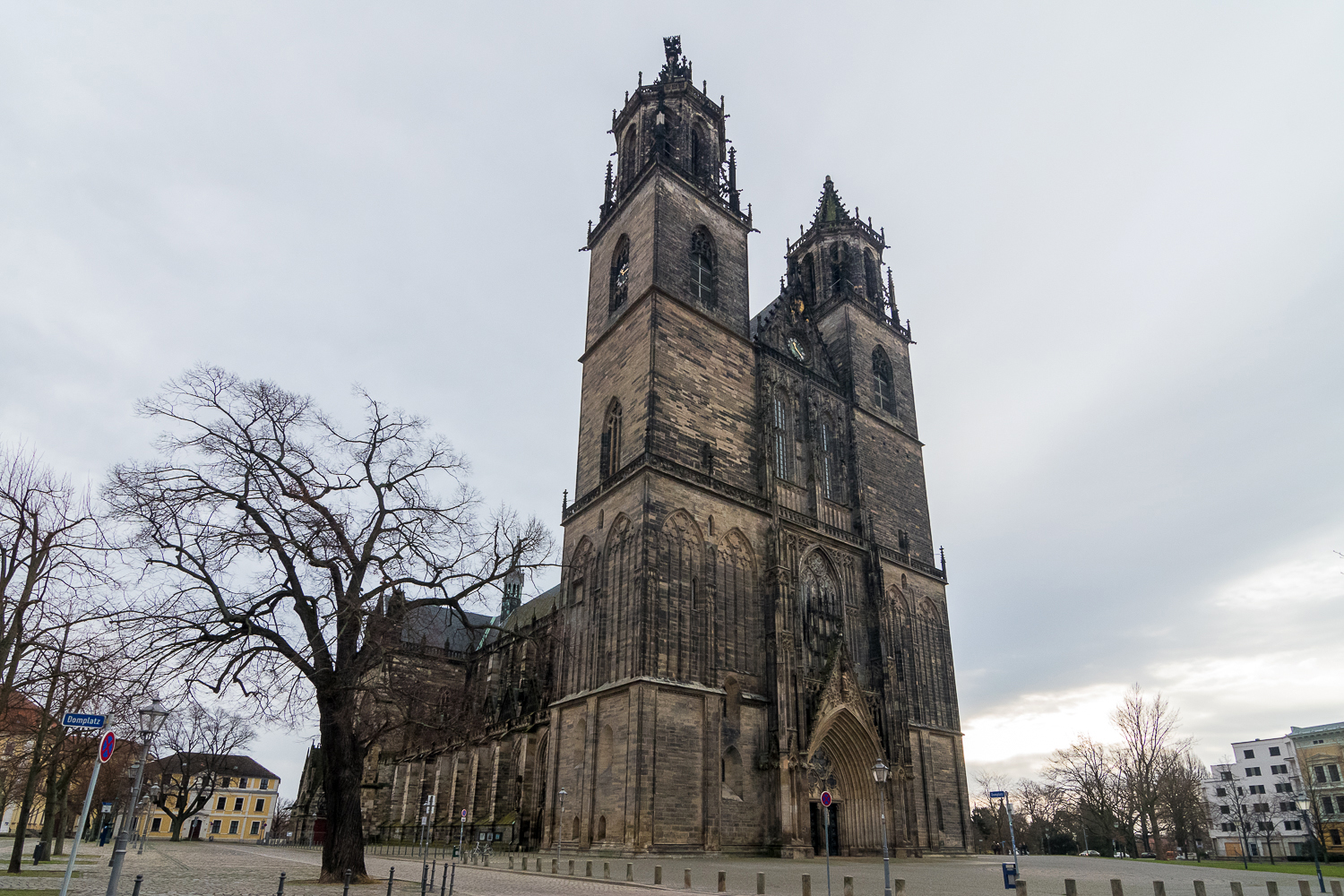 Another view of the Magdeburg Cathedral.

This is the first building that struck me and I was like, “Haila, Magdeburg’s St. Paul’s Cathedral”; only larger and slightly a bit older. I made a new German friend near the Magdeburg Dom and she wondered whether I have seen a Gothic structure in my city and I was like, “Duh! I come from Calcutta. There are Gothic structures like the entire High Court, and yes, we have a Gothic Cathedral as well!” If Calcutta’s Gothic Cathedral is 75 meters tall, the Magdeburg Cathedral is 99.25 meters tall; that’s around 8 storeys taller than Calcutta’s. Why am I comparing? 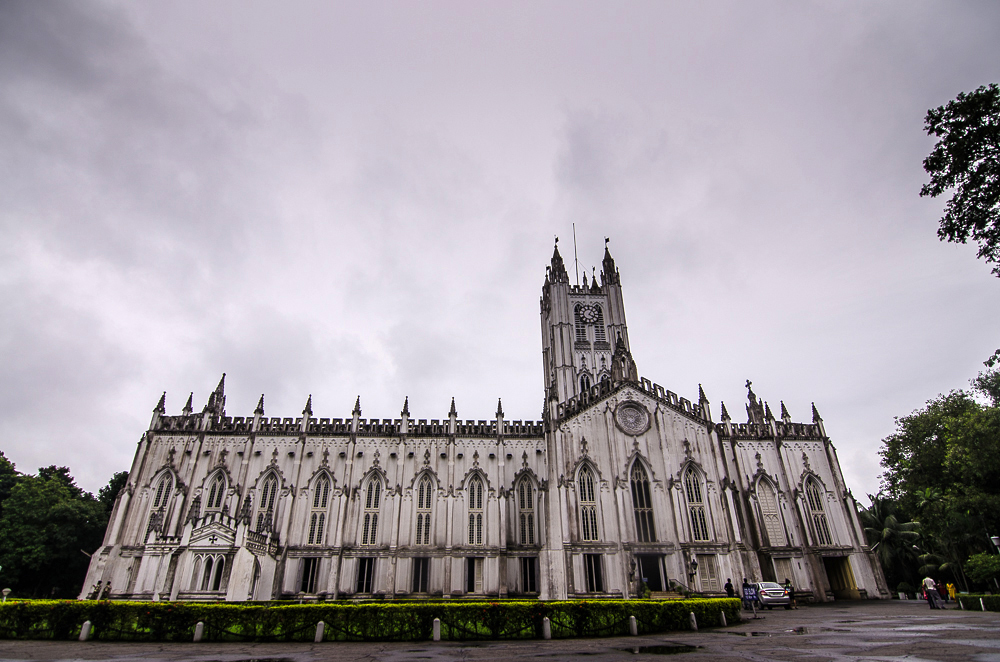 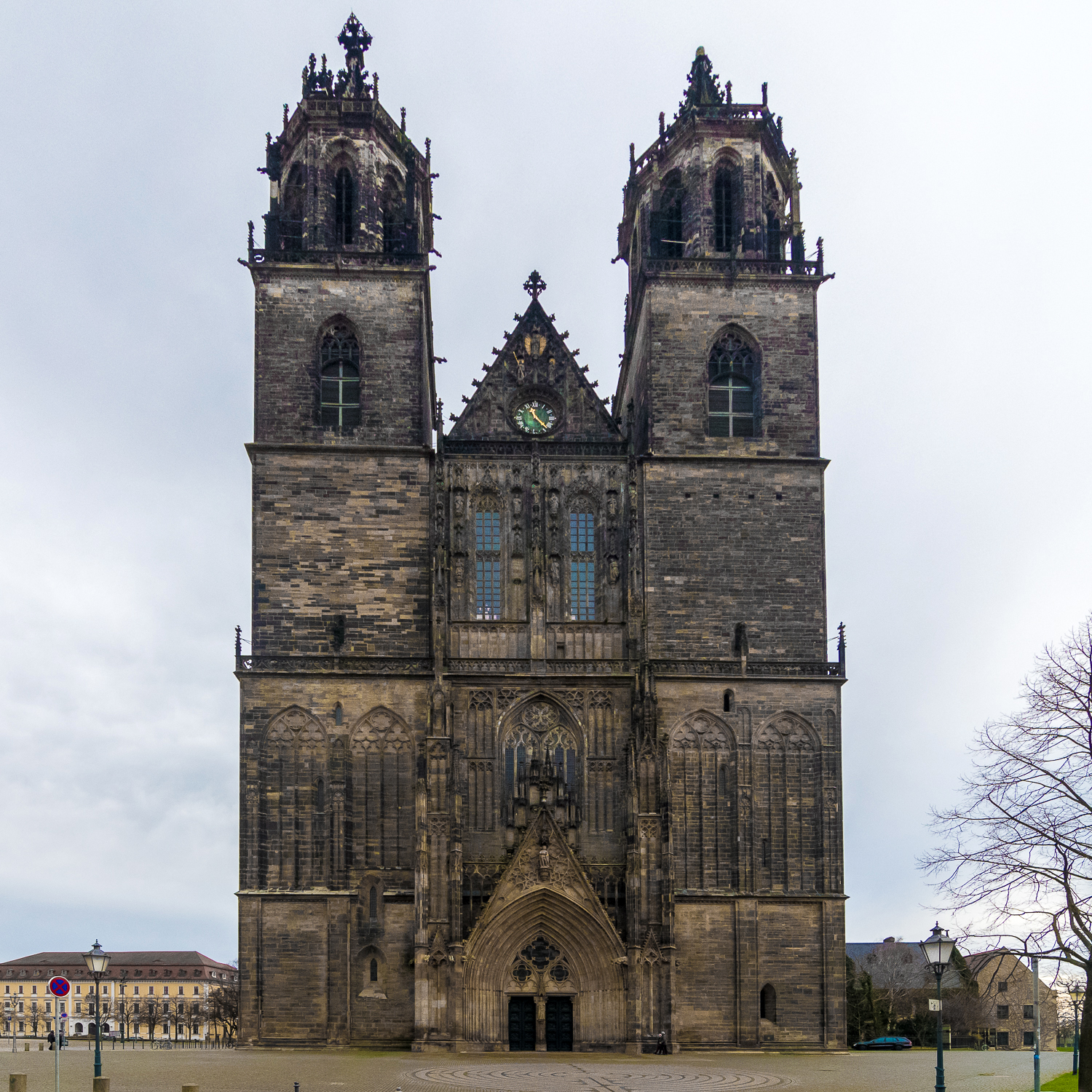 This structure is HUGE!

Here’s a 360 photograph of the Magdeburg Dom, created by Magdeburg 360. 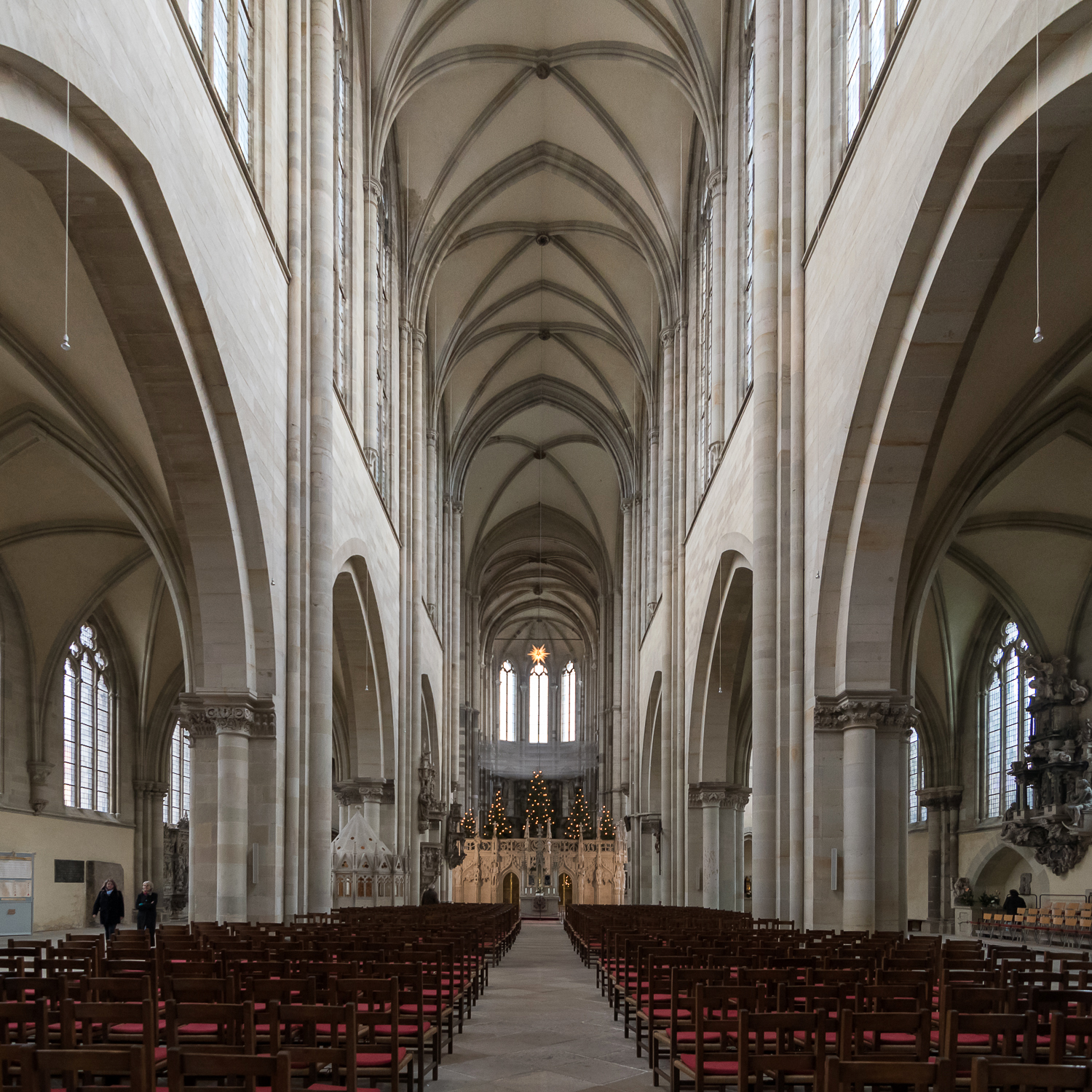 I was excited to go to the Cathedral during the Christmas Eve and had too lofty expectations. Umm, the mass was in German and there wasn’t any wall painting. But there were a lot of sculptures on the walls of the Dom. That interested me enough to go there another time, the next week 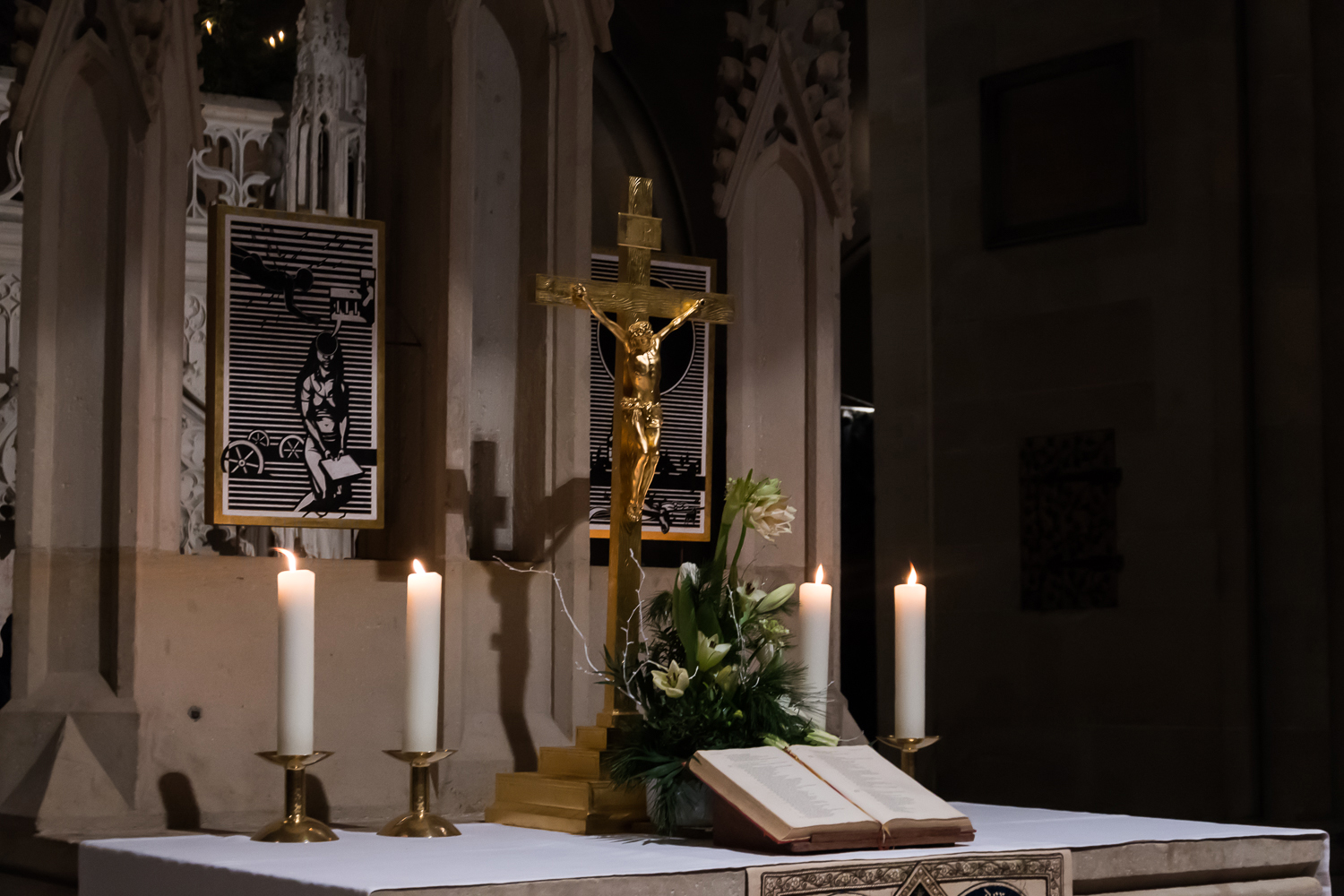 Decked up for Christmas!

This is dedicated to Saints Catherine and Maurice. During the Protestant movement, (ISC board students, do you remember your history lessons?), this city was important and this Cathedral too. Martin Luther preached in this Cathedral in 1524. 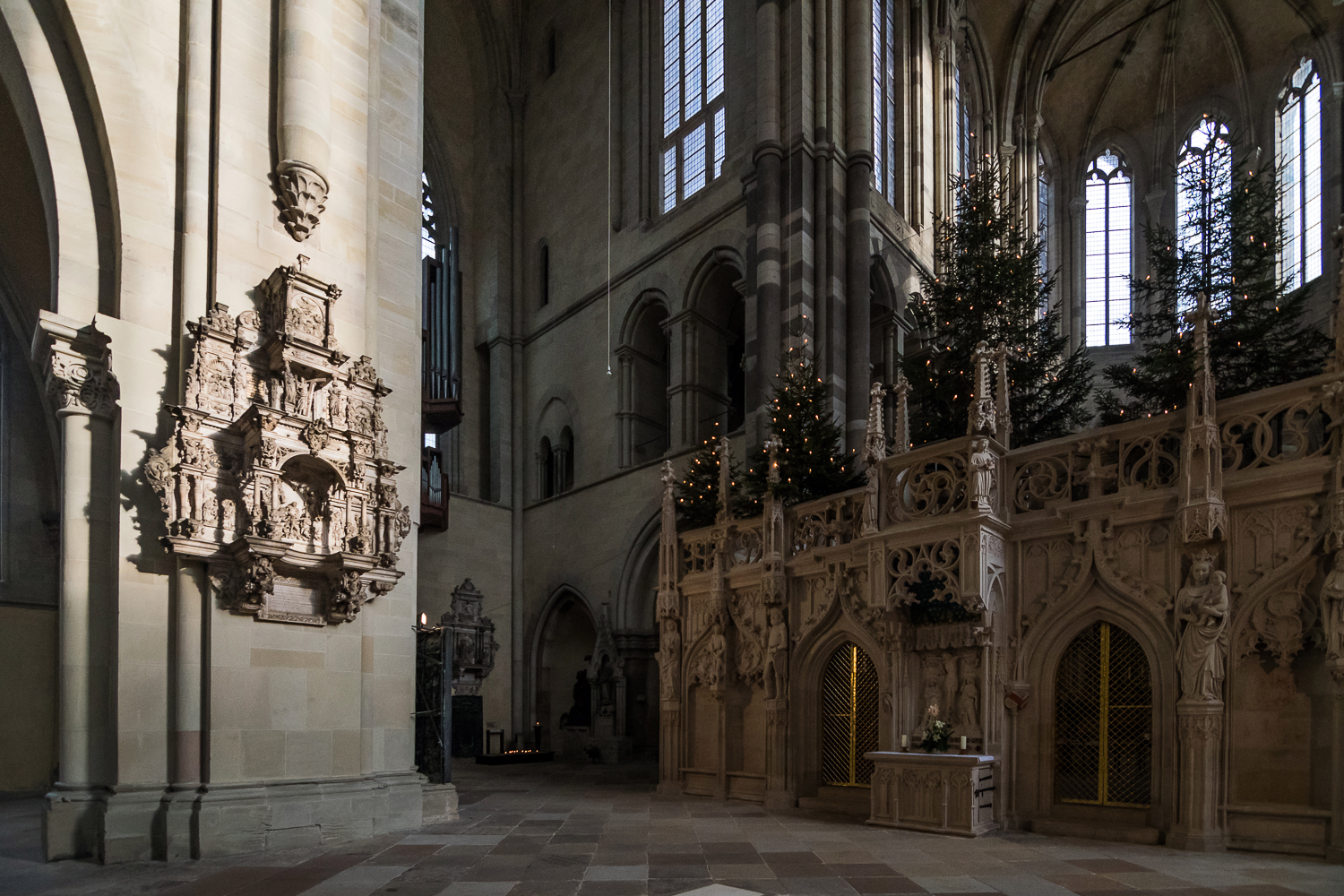 The interiors of the Magdeburg Cathedral during the Christmas week.

The Catholic forces raided the city in 1631, killing almost everyone. People inside the Cathedral survived. This Cathedral was given to Napolean in 1806 and the French occupied it till mid 1810’s.

You know Germany took part in the World wars and it wasn’t a benevolent story for them. This church had to bear the brunt each time. It was heavily bombed during World War II. In 1949s, Magdeburg fell into the Soviet control.

The Magdeburg Cathedral is finally under renovation since 1983. 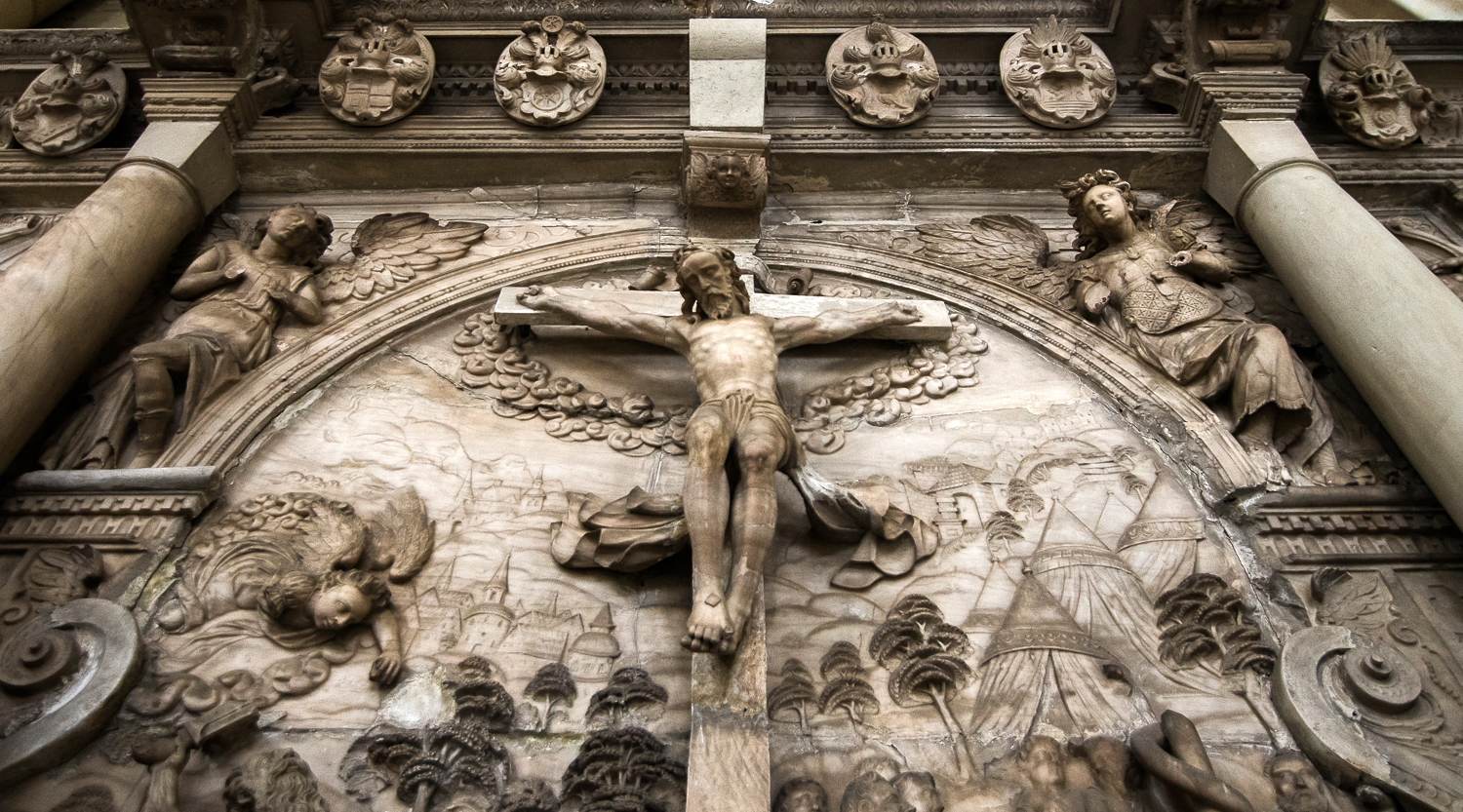 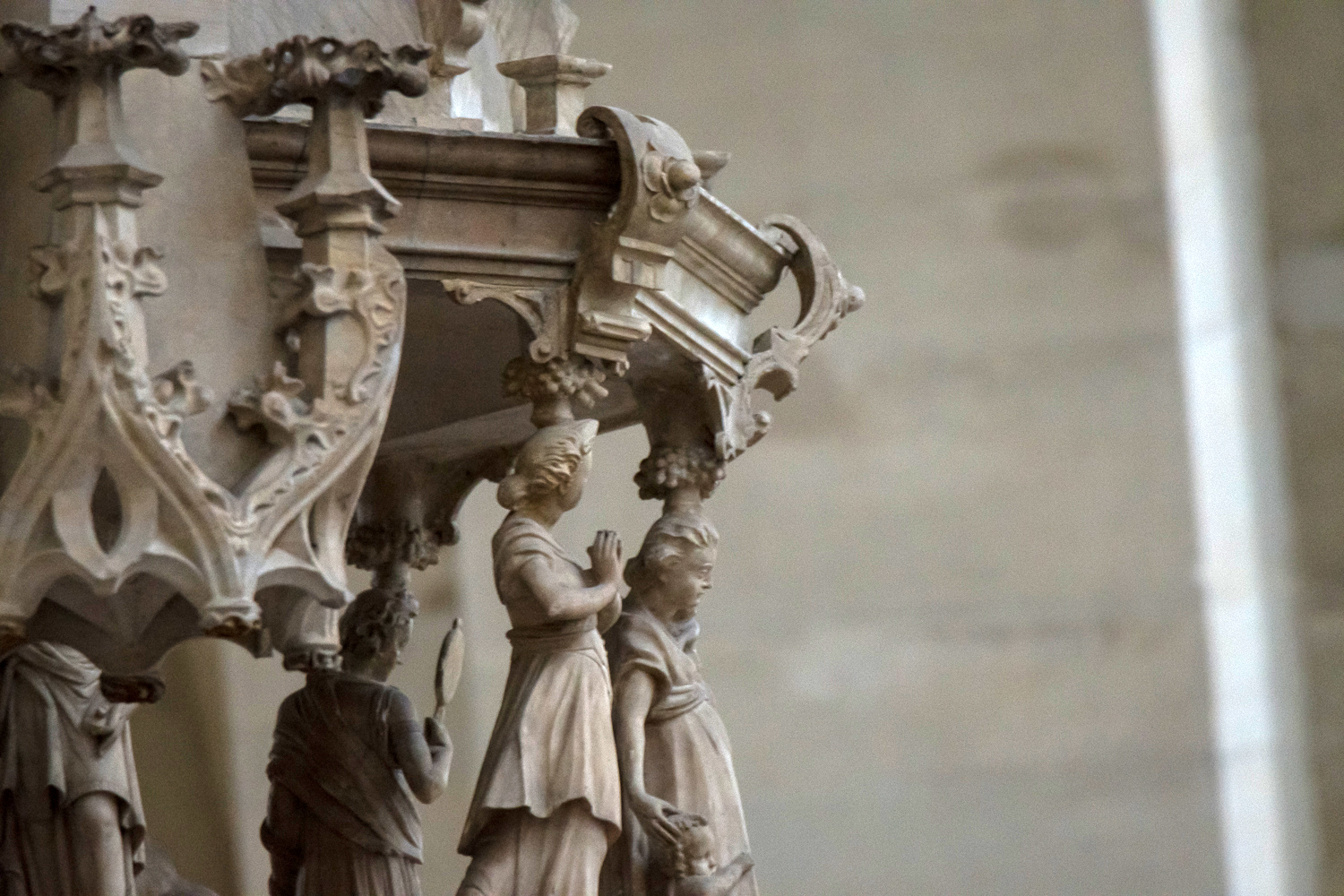 Random new sculptures that are put up inside the Cathedral ! 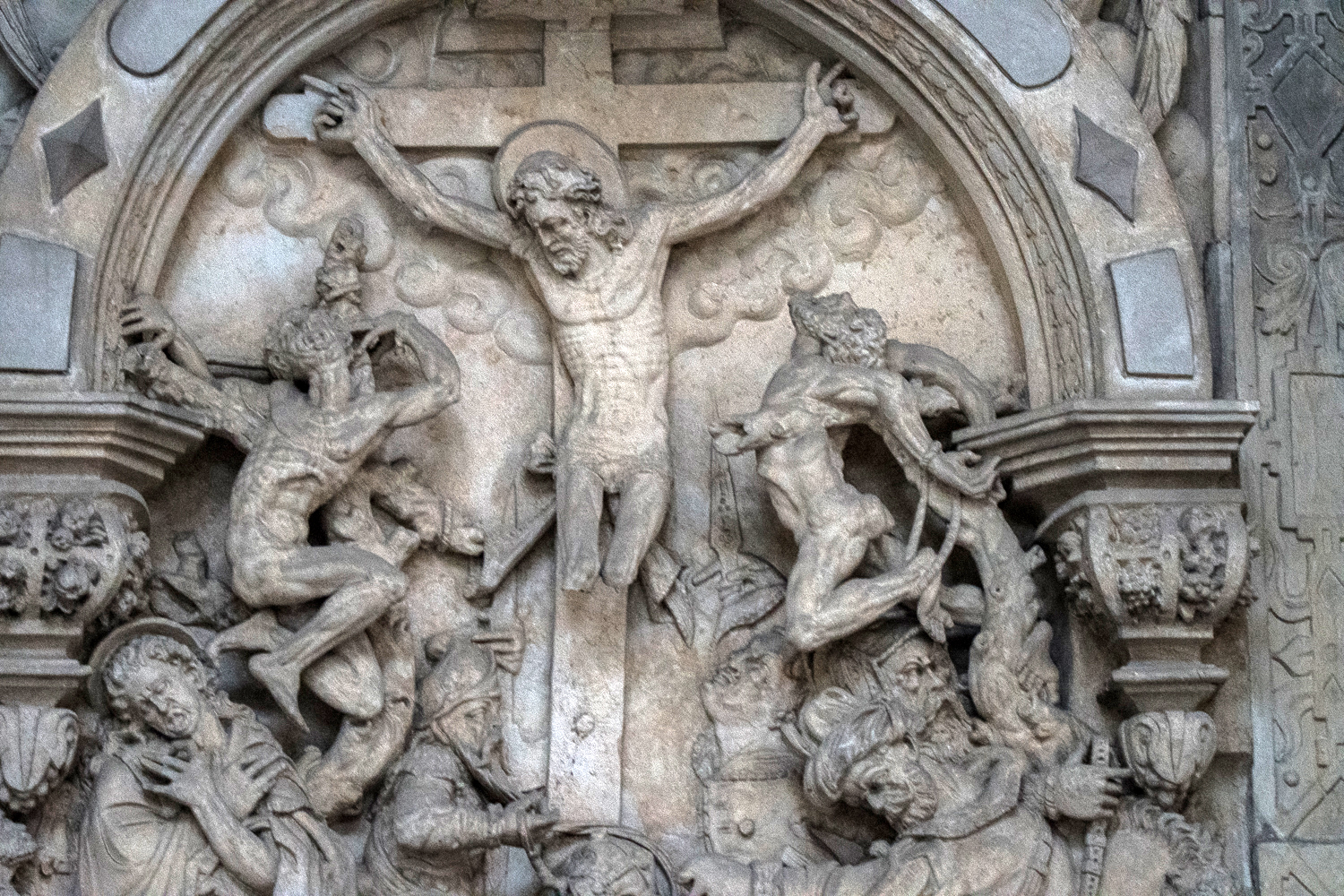 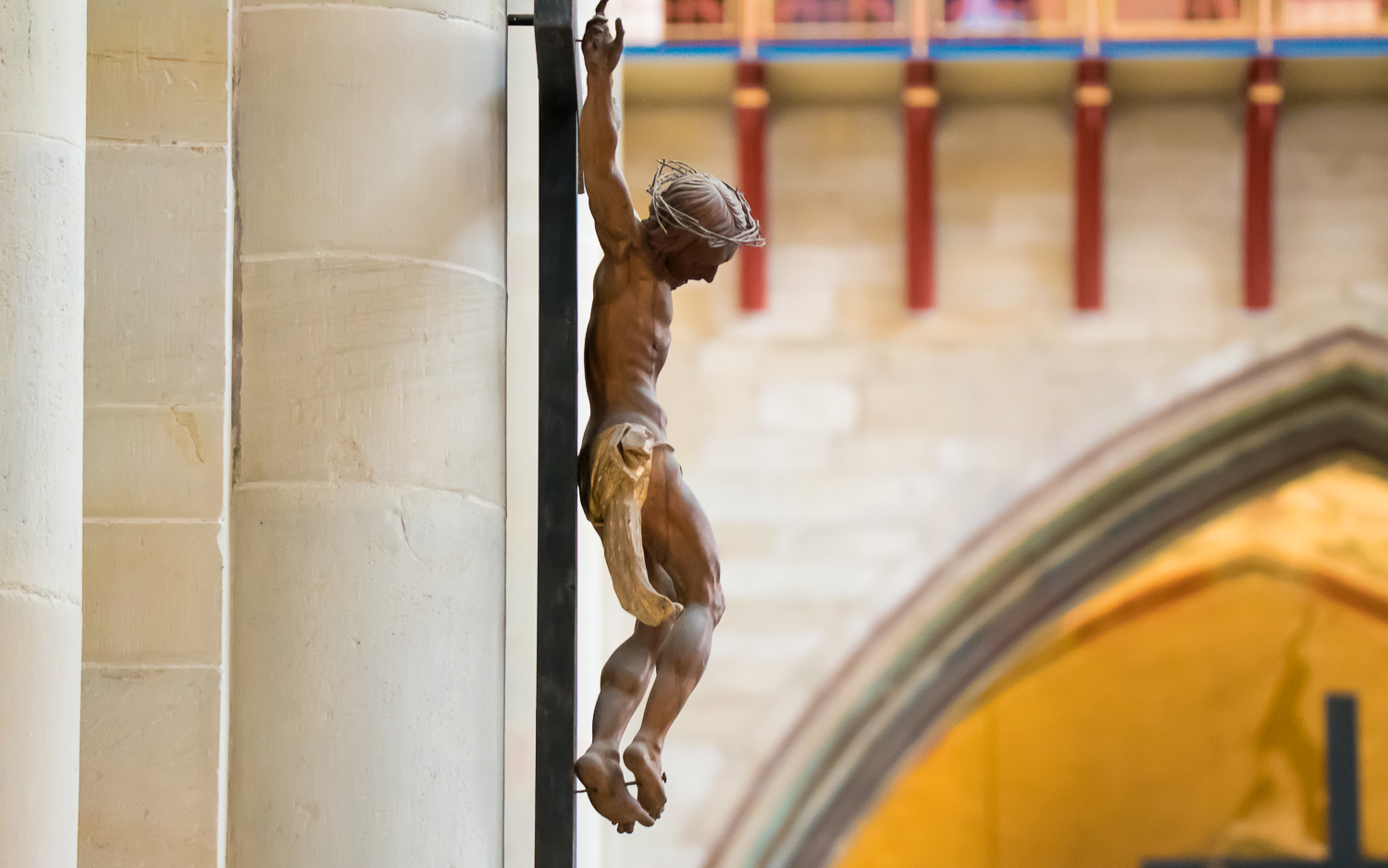 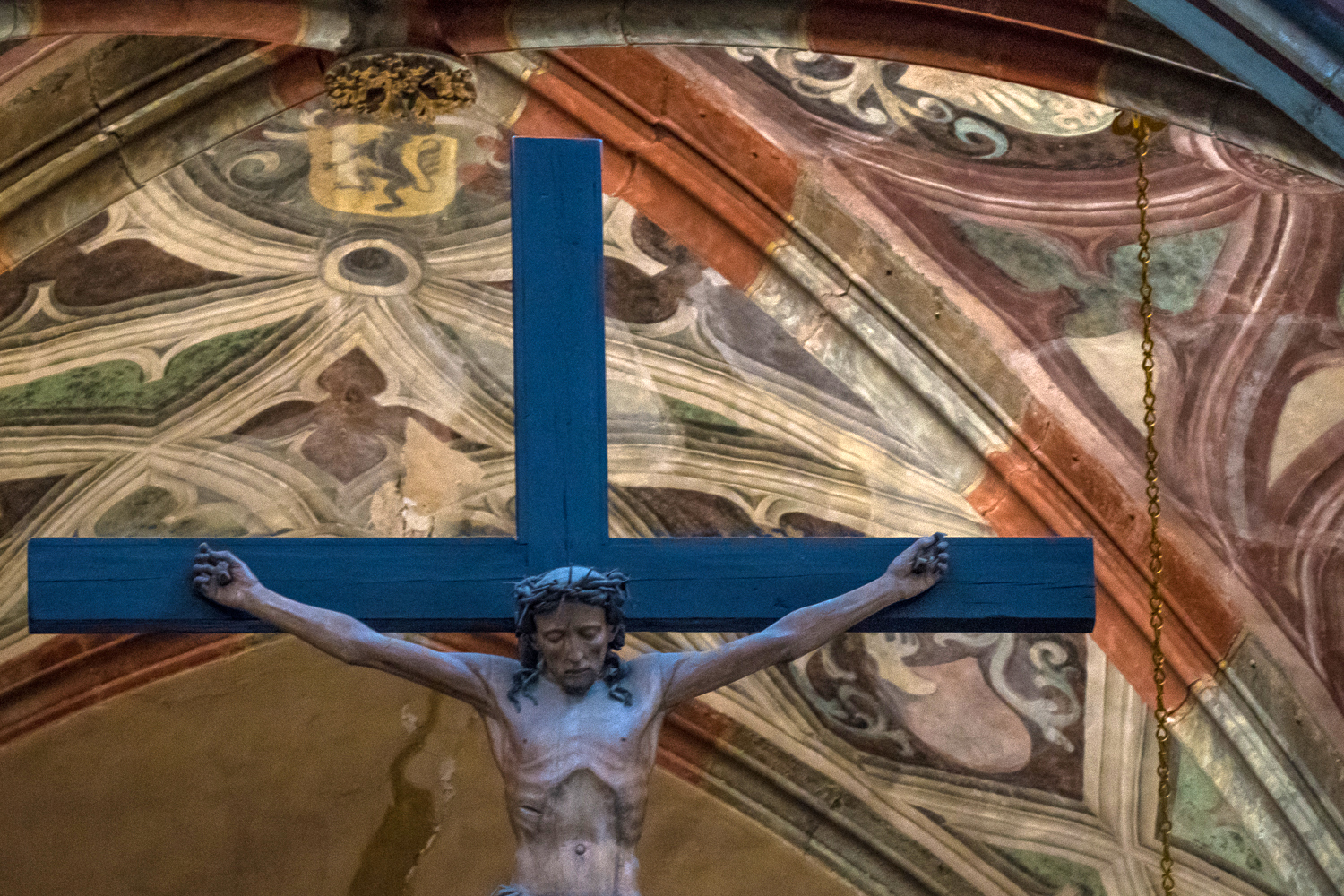 At the end of the aisle. 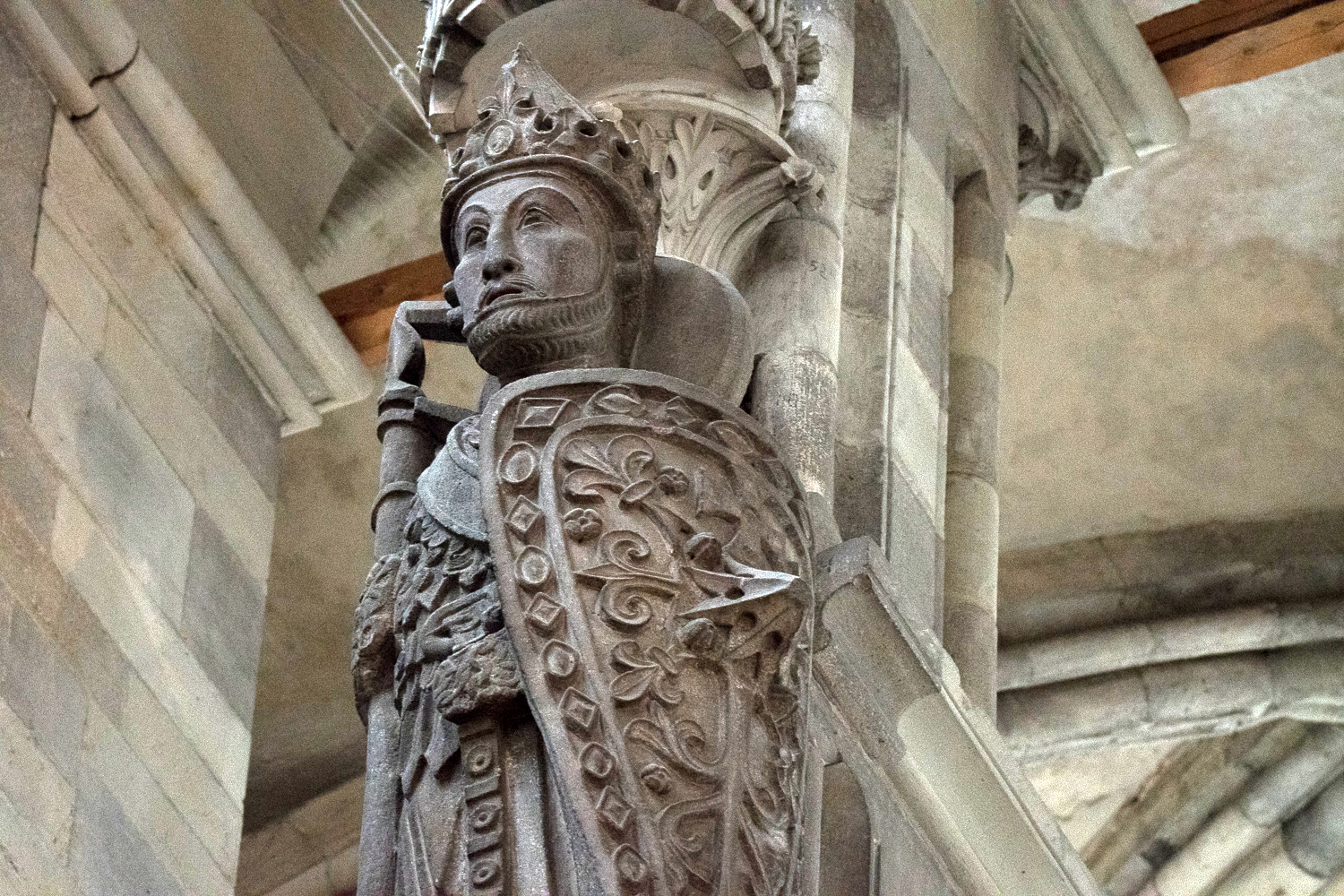 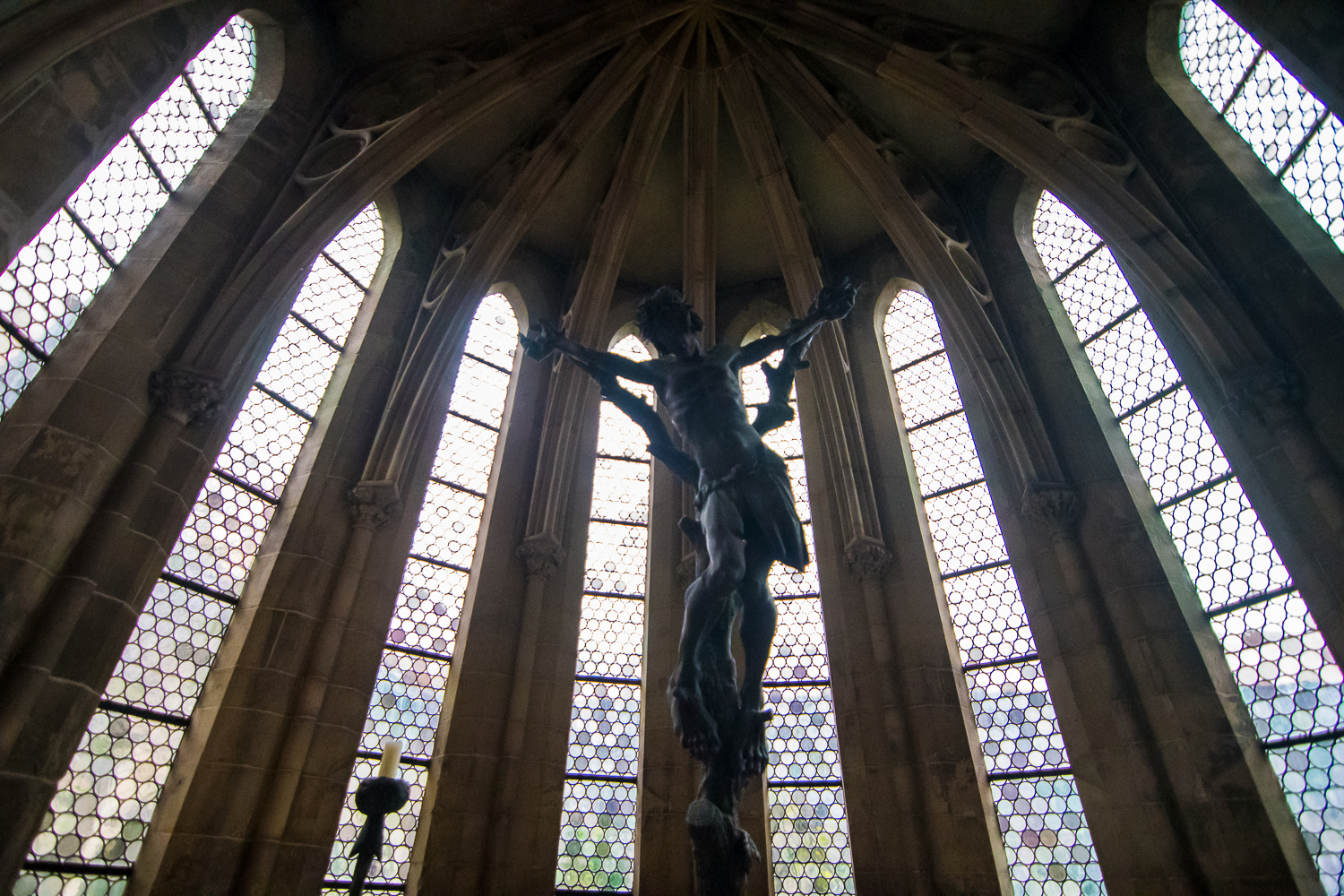 This installation IS scary when you look at it closely; this however is placed outside the north gate of the Cathedral. 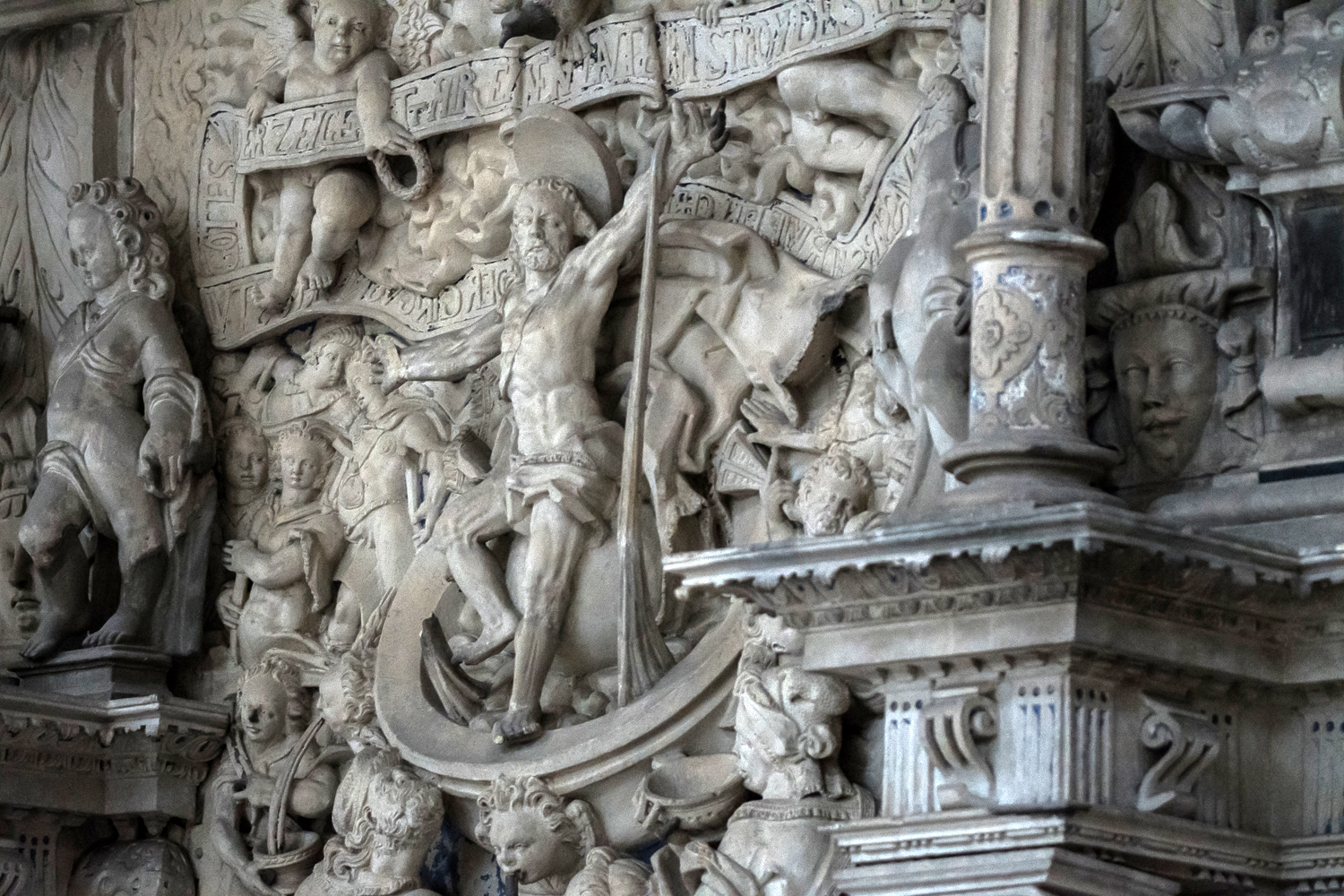 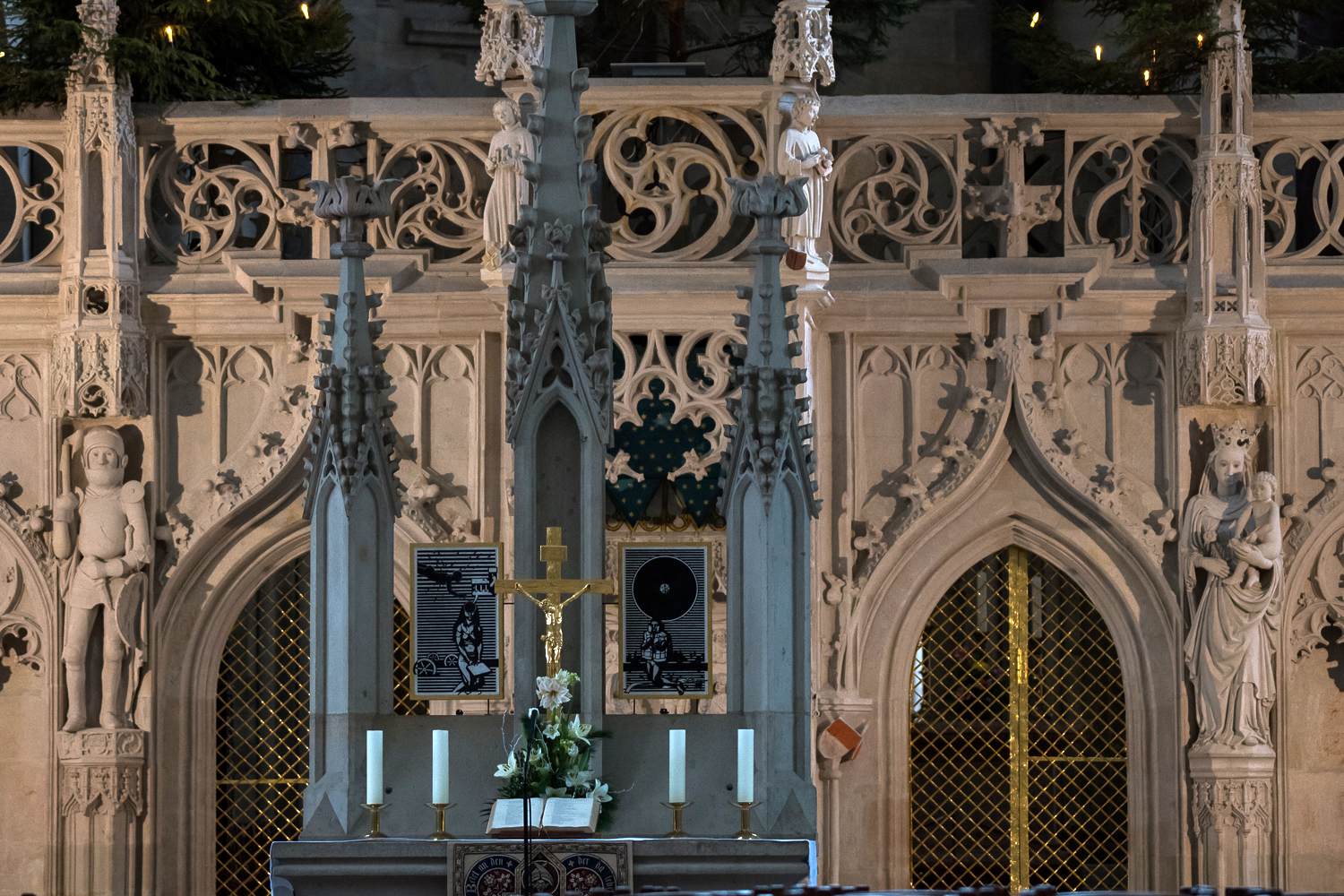 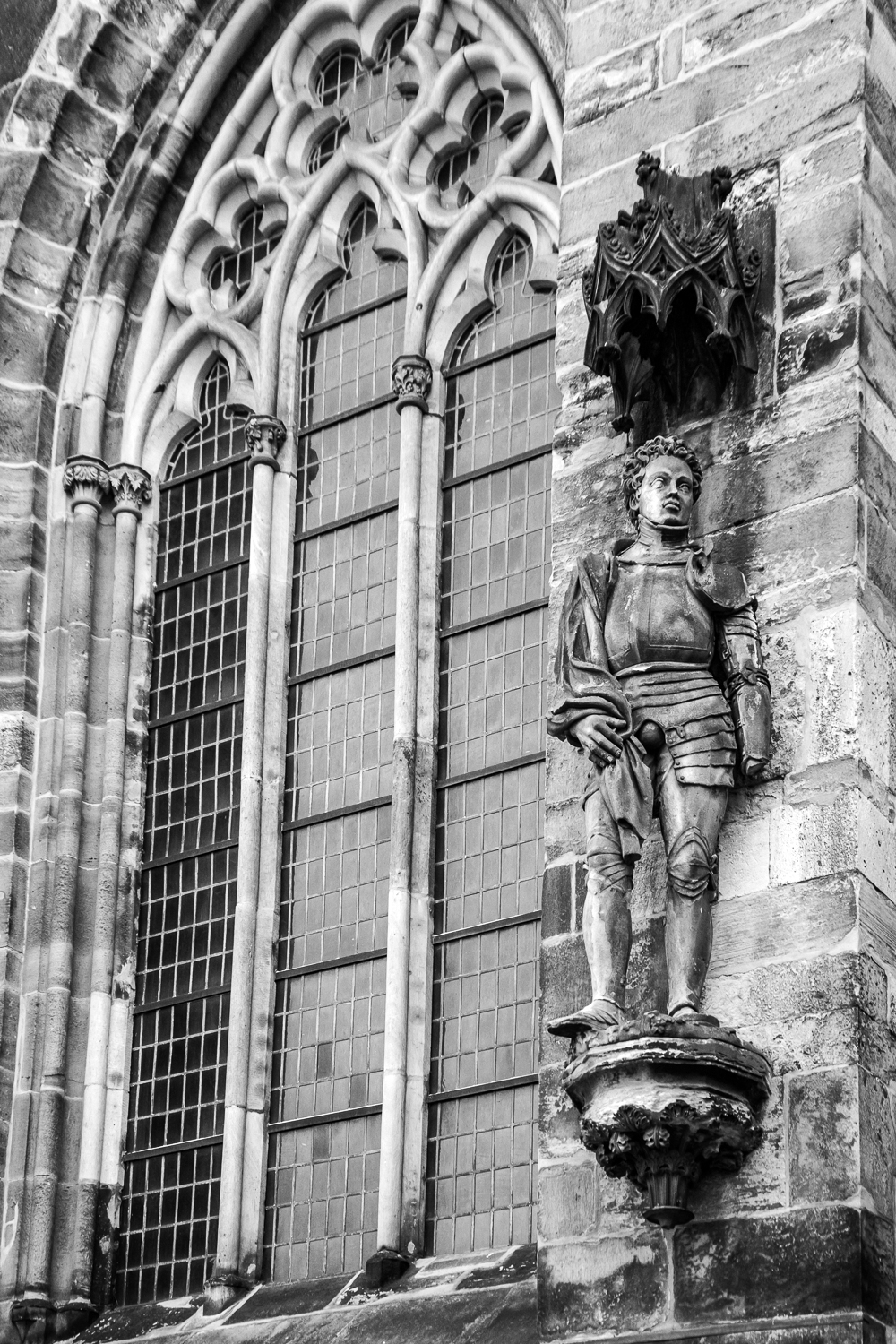 On the outer walls!

There’s a lot to see inside the Cathedral; from the graves of Otto and his wife to the stories of the Bible depicted on the walls. If you like sculptures and stories, this would be heaven for you. There’s a lot more, the details of which you can find on the Wikipedia page. There’s not one thing new that I could add, which is not already there on the internet or the books. 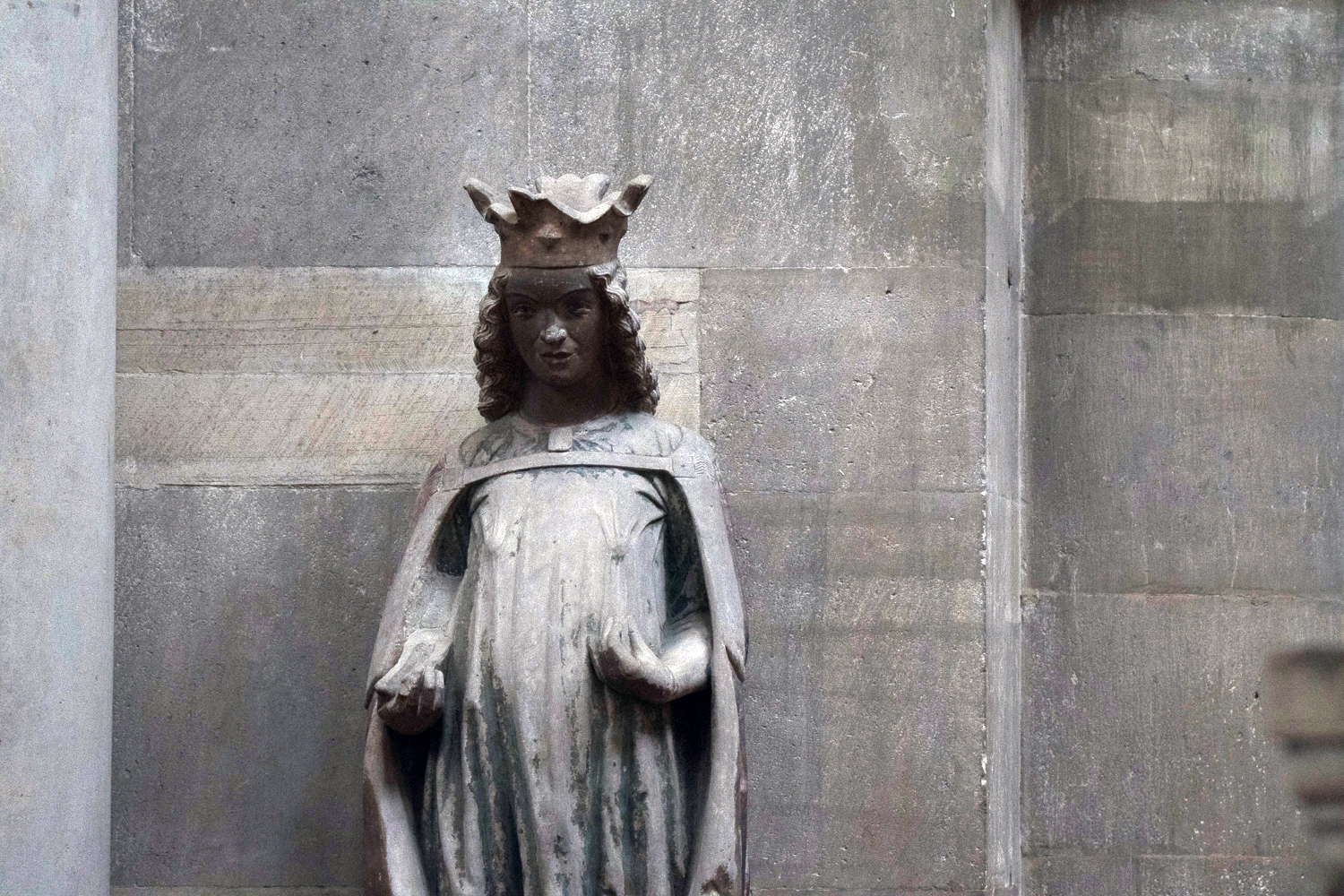 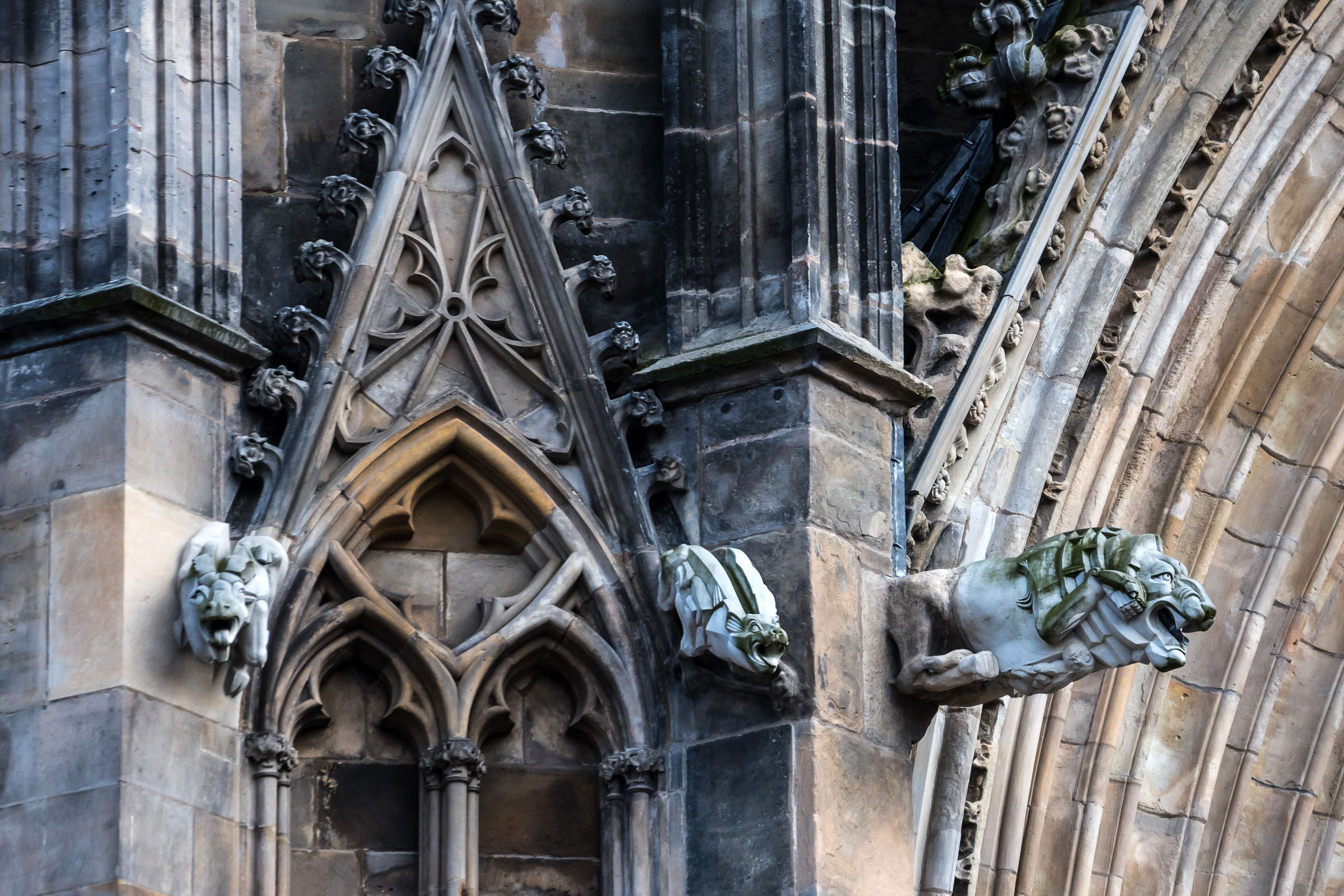 This is how the carved out statues look. 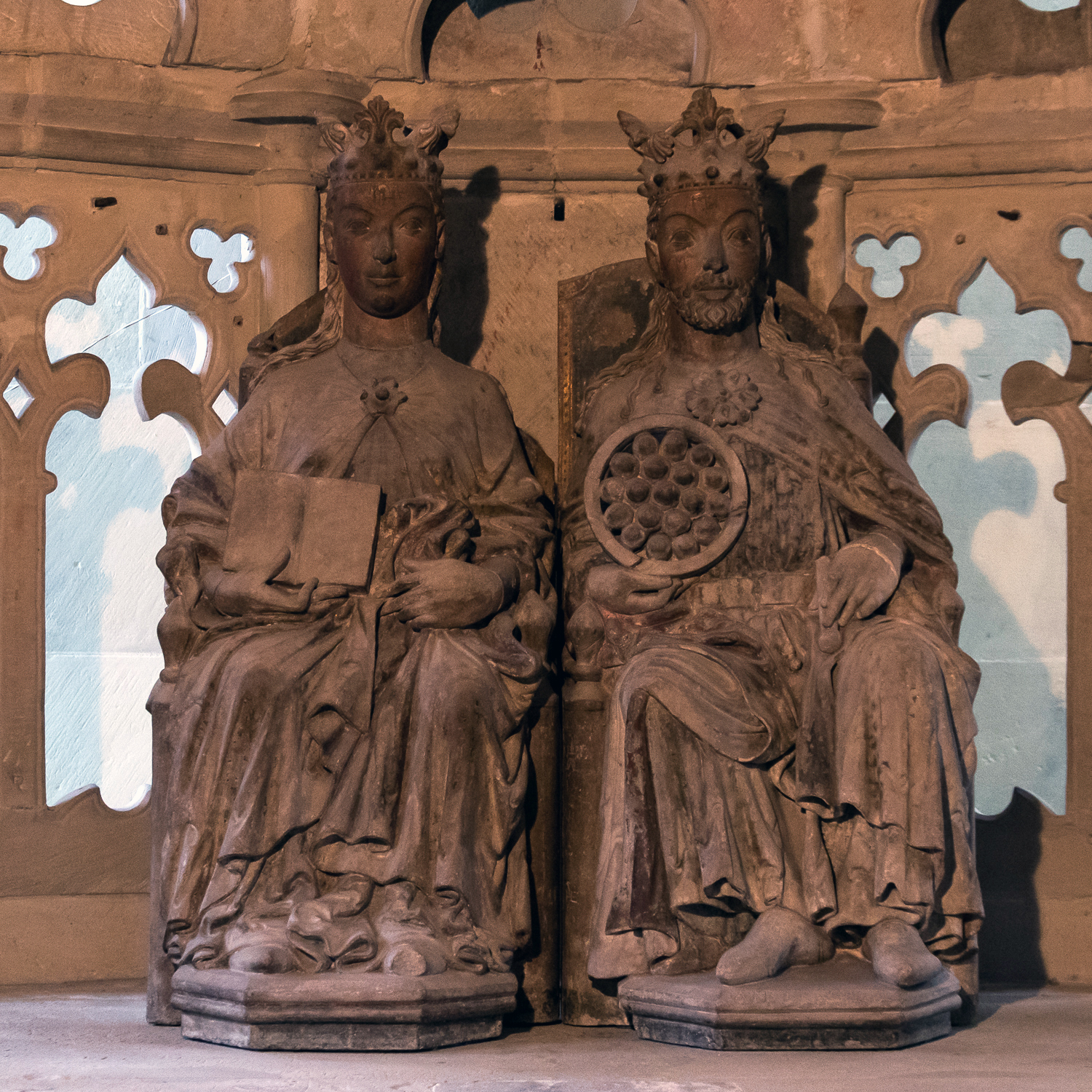 Otto – the Emperor and his Wife. 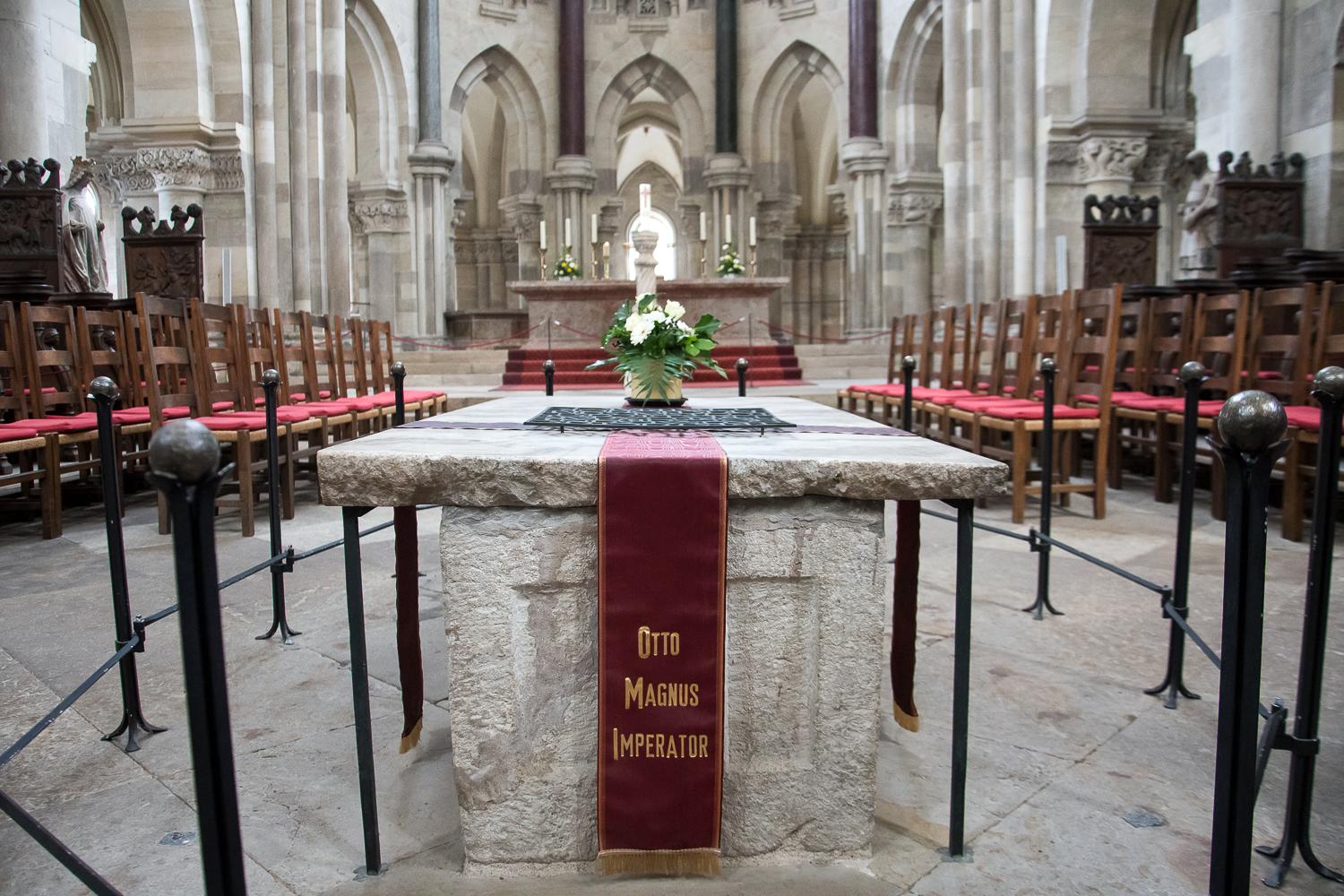 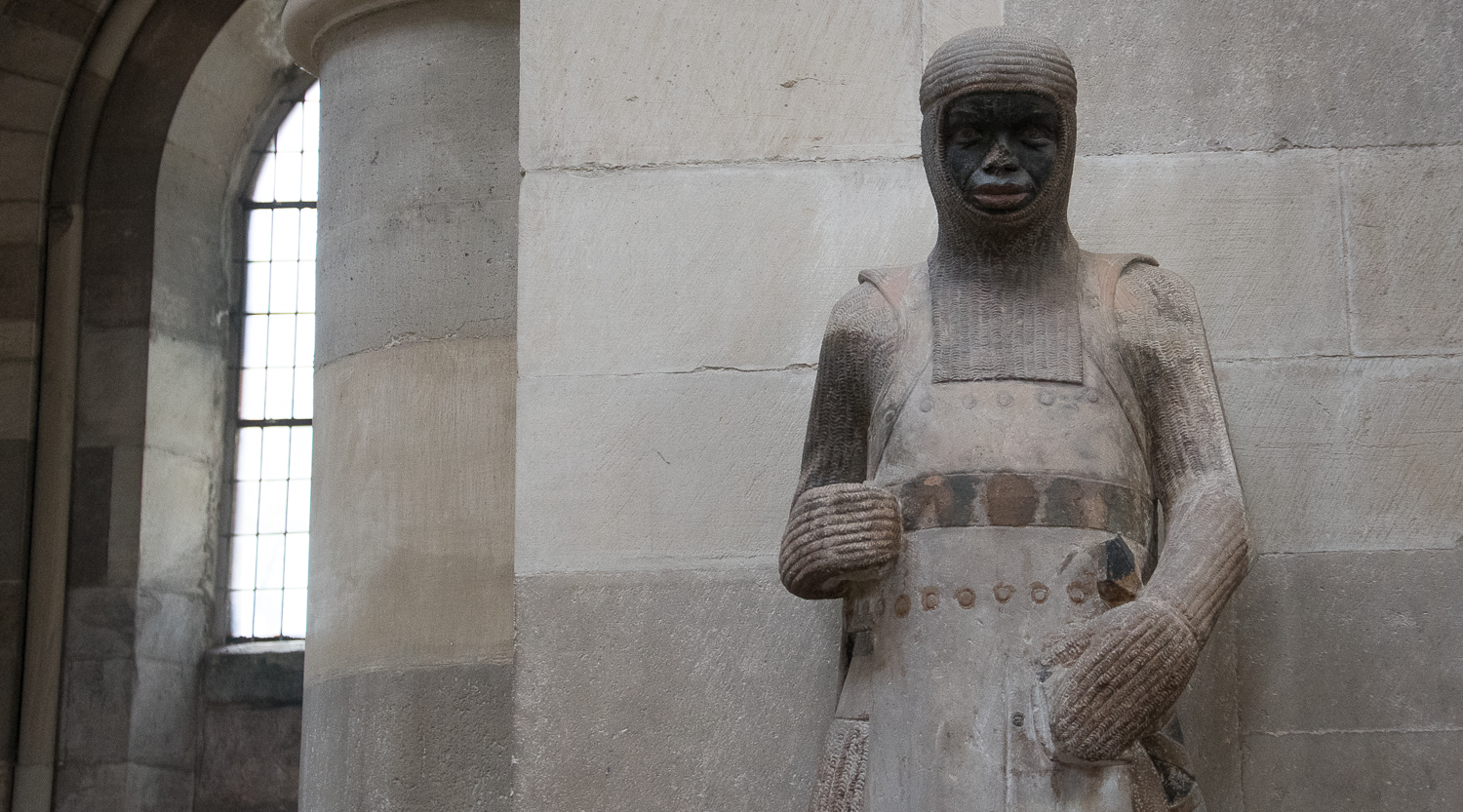 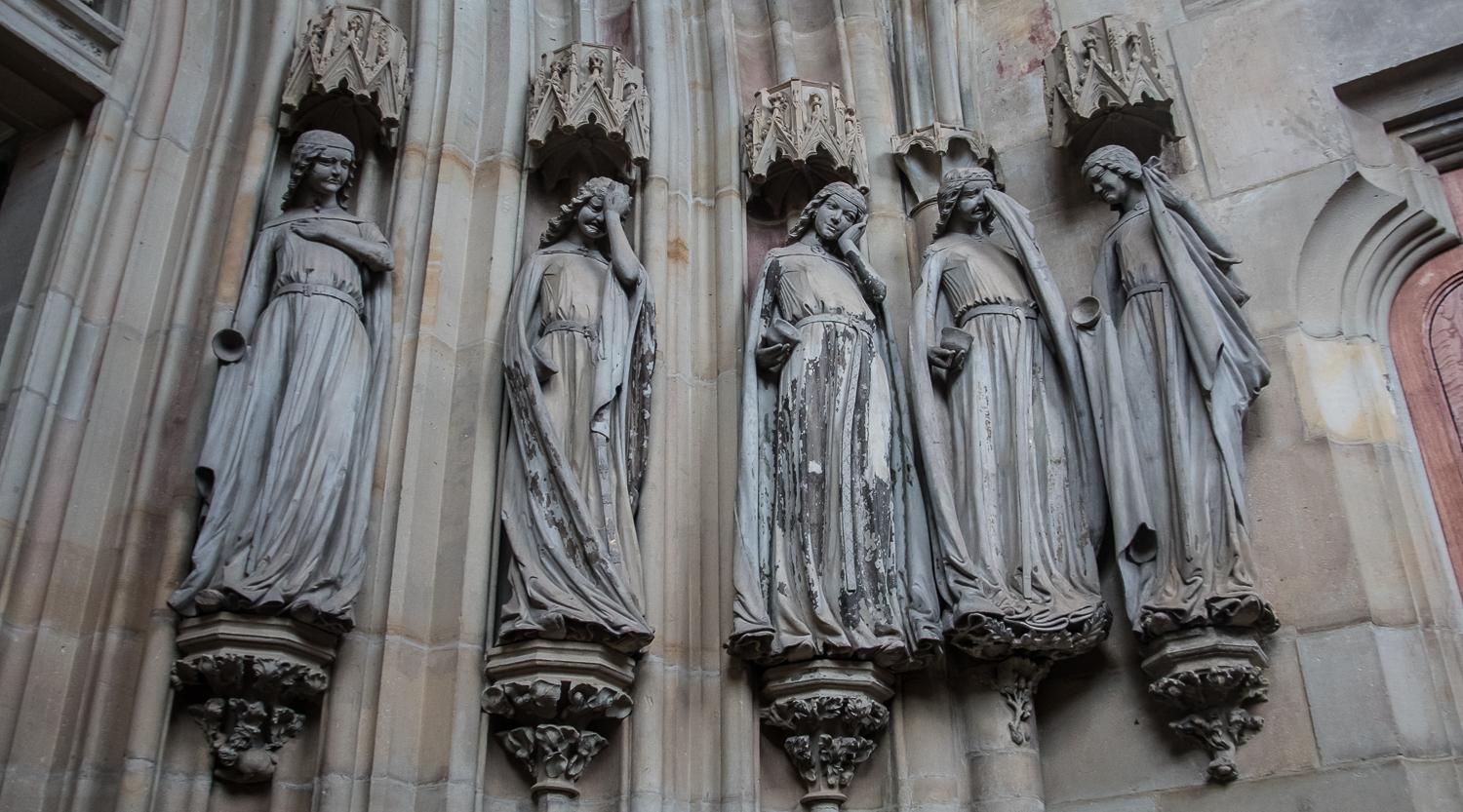 The five Foolish Virgins. Do you know the story? 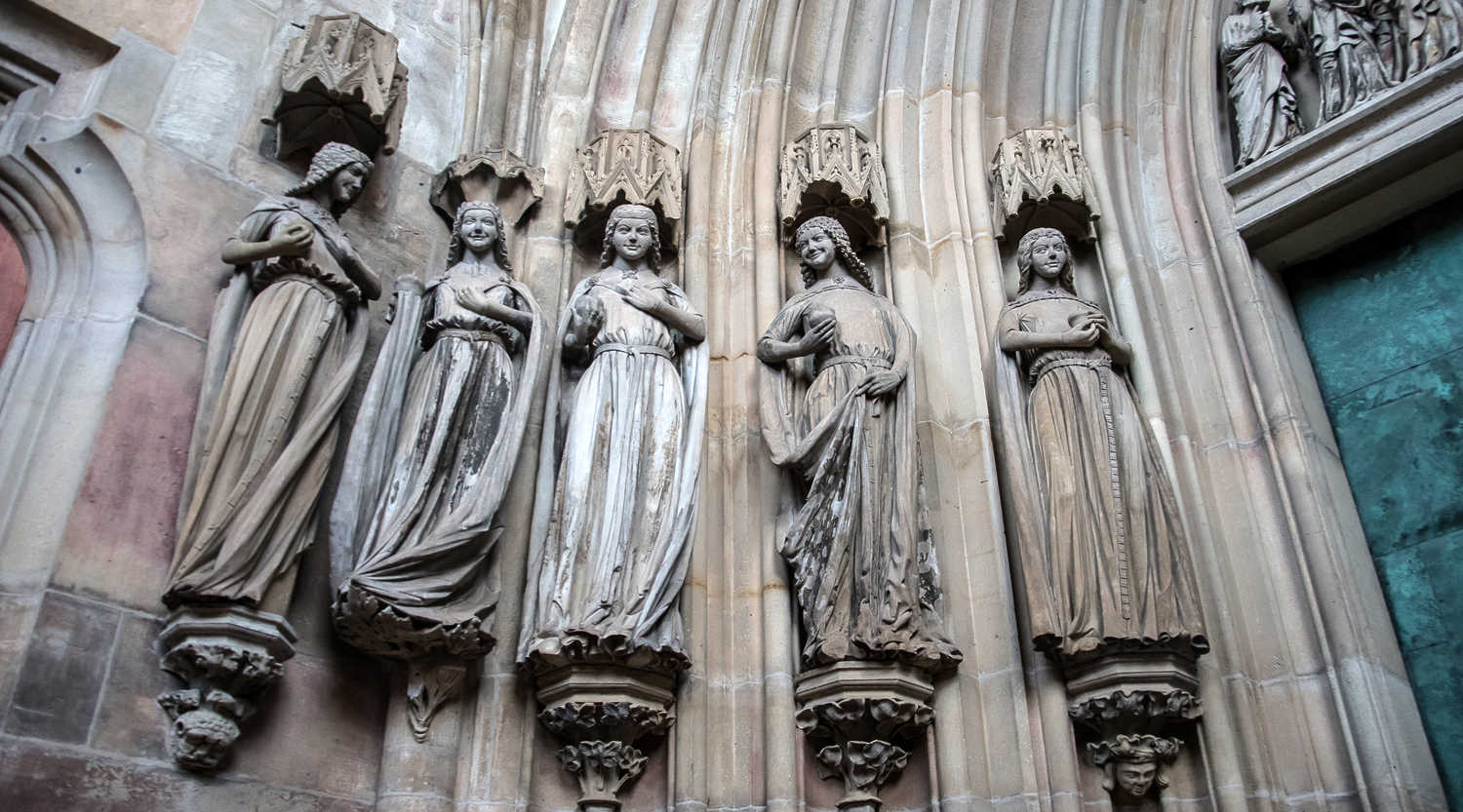 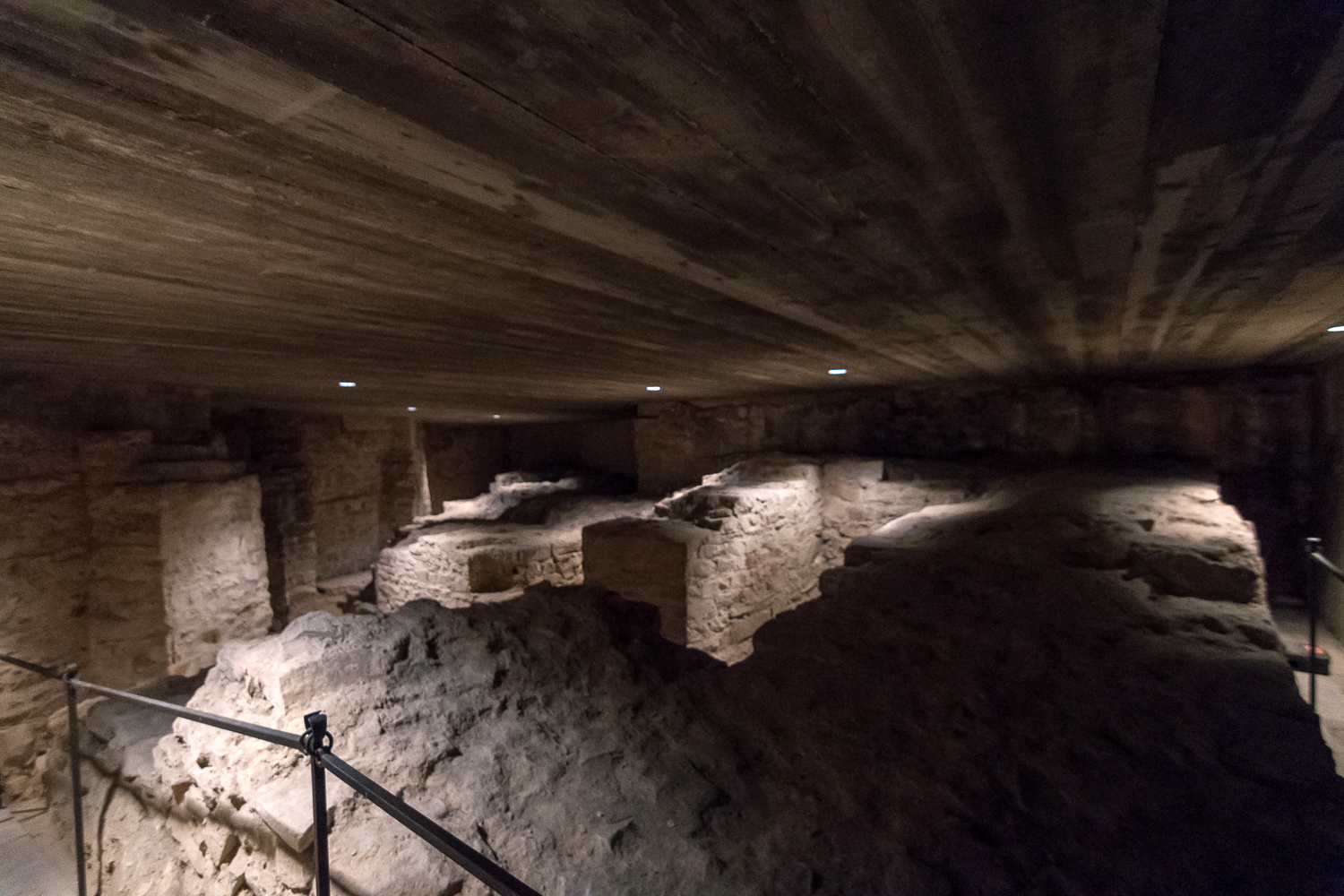 Remains of the first Cathedral that was razed to the ground by the fire in 1207. 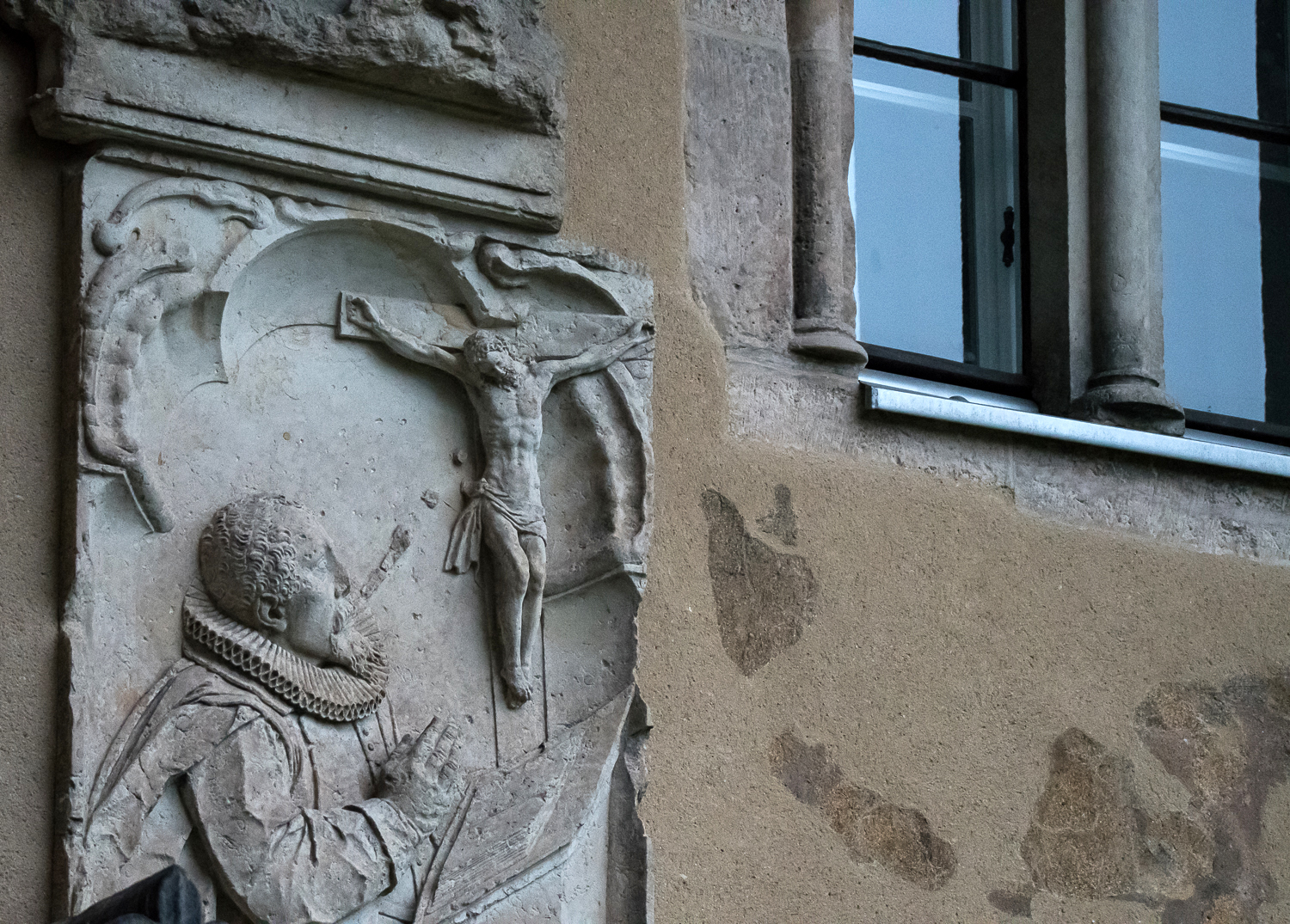 Pieces of the old works kept outside the main buildings. 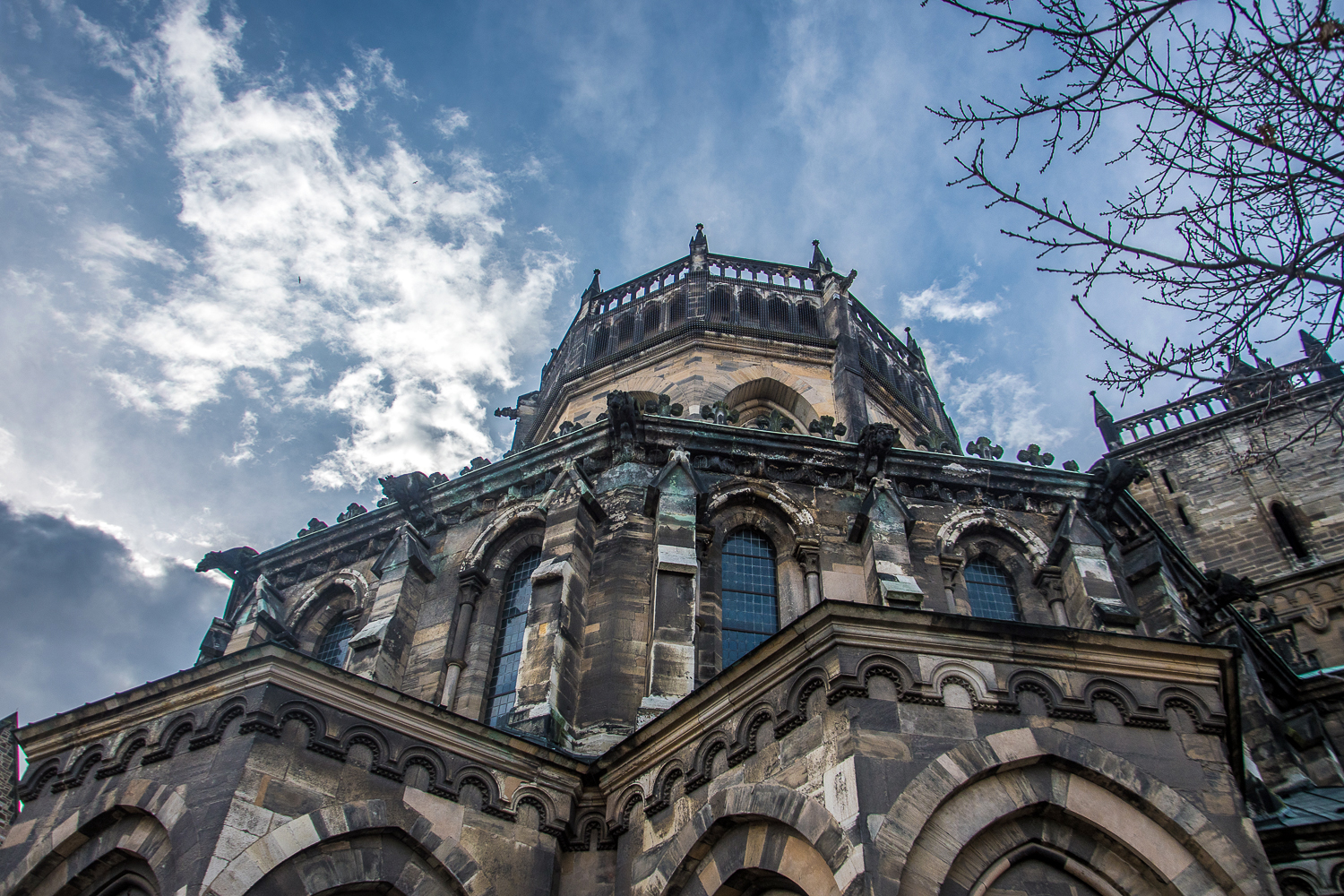 The East side of the Magdeburg Dom 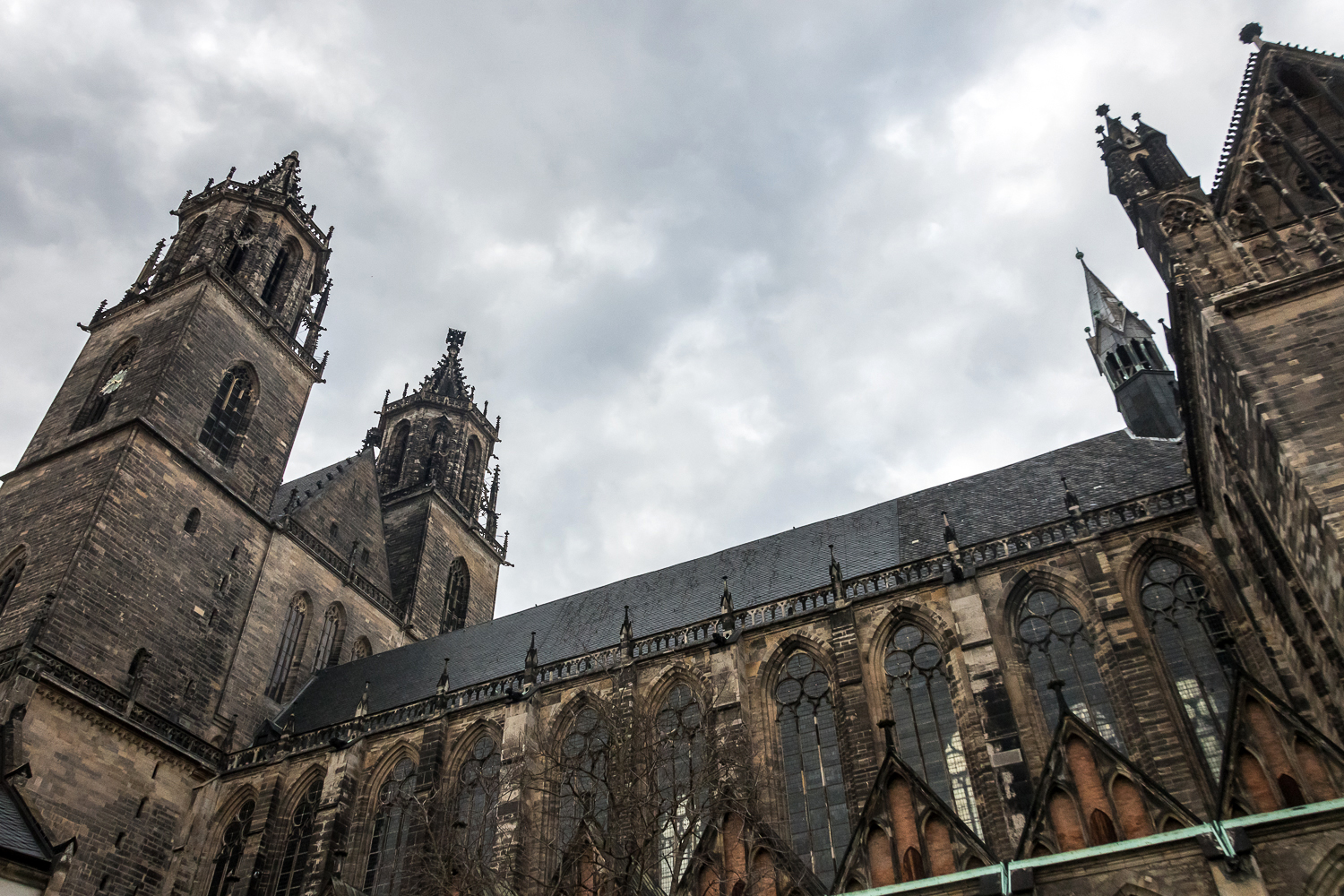 The southern face of the Magdeburg Dom 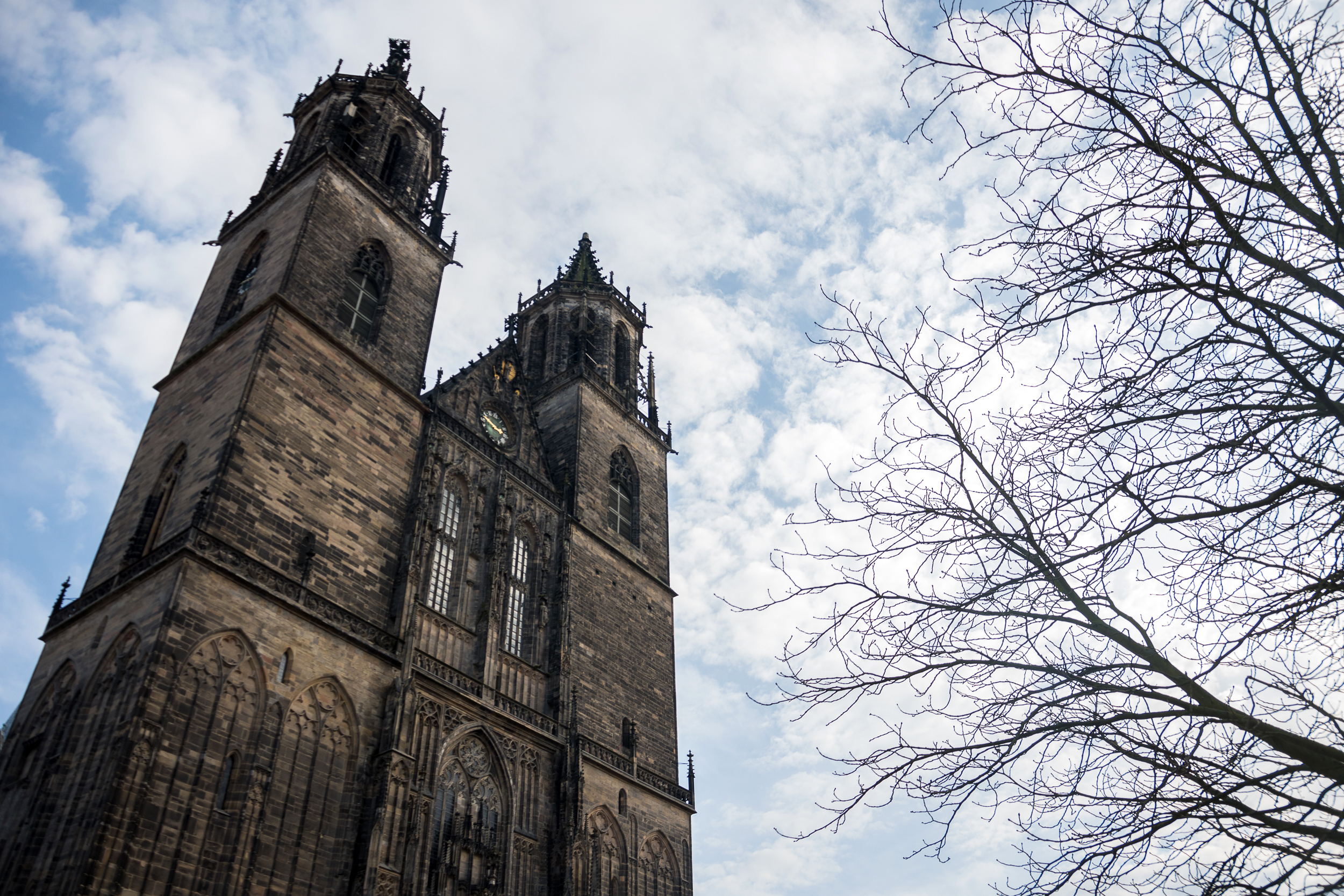 The face of the Dom that everyone sees from the tram stop!

Close your eyes; picture yourself in the middle of the Cathedral with every war happening around you; you and the Cathedral standing strong. From the first fire in 1207 to the Soviets controlling it. This was the most important structure of the third most important medieval city in Europe after Rome and Constantinople; while possibly everything around changed or perished, this survives still. This Cathedral enthrals this Bengali chap on every one of his visits.