Magdeburg isn’t the book you can judge by the cover or the first couple of chapters; you shouldn’t as well. For me as a student, I discover Magdeburg in little bits, a little each time I step out of the home. If you think you’d know this city in a week or a month, it’s just ambitious; judging by how long the shops stay open, how many landmarks it offers the tourists or how exciting the pubs are. Slowly I am getting to understand what keeps the people in the city happy and their hearts throbbing. Magdeburg is slower and simpler than Calcutta but grows on you, stronger, once you start loving it.

Information: Check out the part 2 of this post here. I write this post because a couple of my readers asked me about the social life of an international student studying in Magdeburg. To them, it is a city in East Germany, full of orthodox and unwelcoming people. Orthodox, they might be but the people here are definitely not unwelcoming. 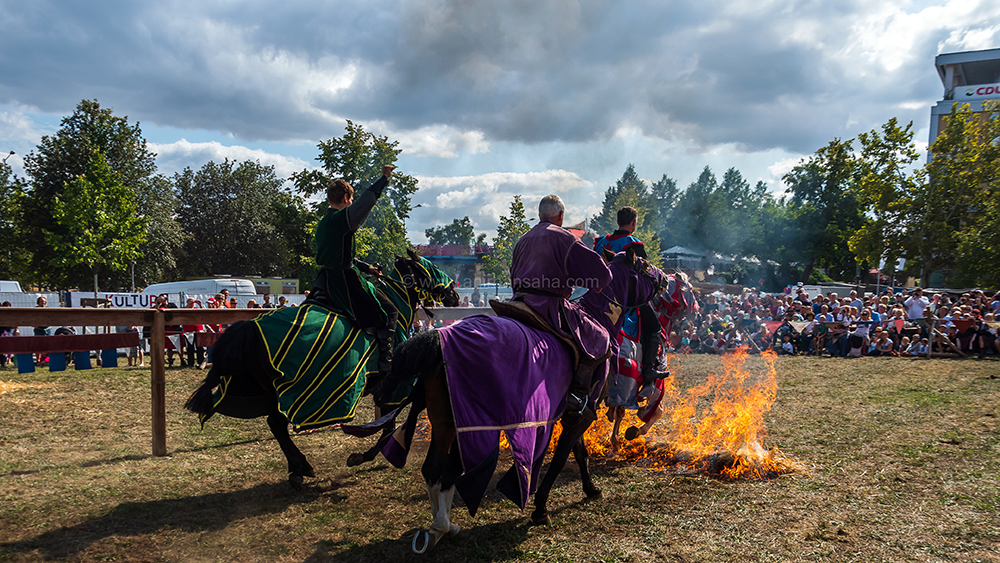 The Kaiser-Otto Fest was an exhibition of medieval Magdeburg. There were events to showcase Magdeburg, during the middle age with medievally themed clothes, food. There were young kids who tried their hands on (wooden) swords and learned the basics of attacking and of defense, the medieval way! Also, there were stalls where you could buy clothes. I bought a medieval shirt for myself. I do not know where I’ll wear it. Maybe next time, I buy a medieval pant. The medieval belts are super stylish but I am sure I can not carry them off.
Not just clothes, jewelry, and food – you would get fur of bear, jackets made of skin (PS: Shit expensive for a student). There was a person who had 3 very rare birds – he exhibited them and people posed with the birds to take photographs. Kids prepare to have a fight !! | Kaiser Otto Festival, Magdeburg 2018 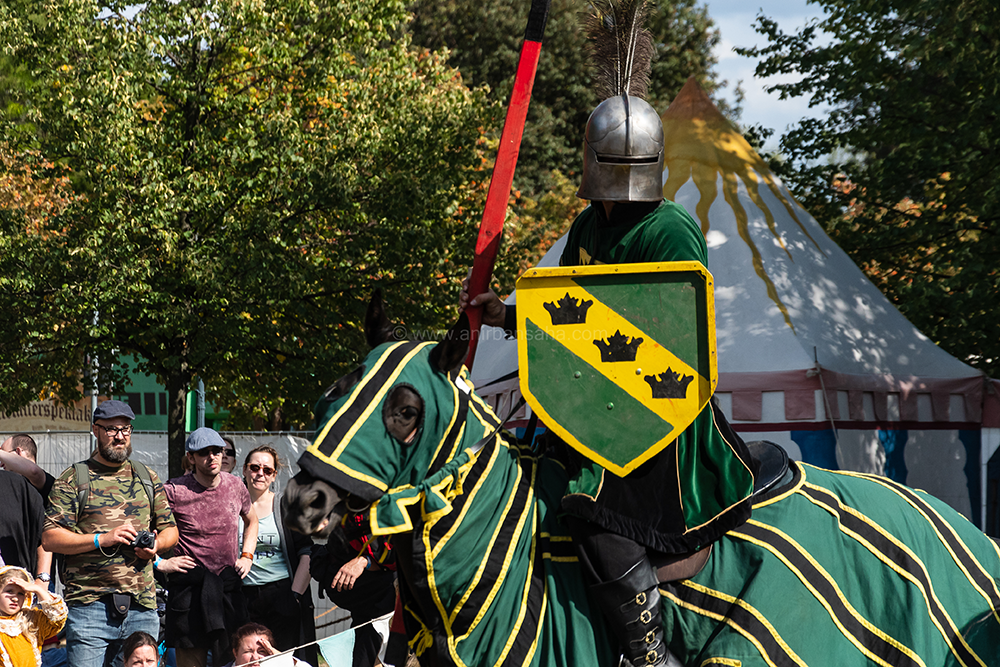 The man with the pet bird | Kaiser Otto Fest Magdeburg 2018

I found the Kaiser Otto Fest very interesting! Before I started studying in Magdeburg, medieval Europe was very limited to a couple of chapters we read in our history books as a backdrop to Renaissance and Reformation movements. I knew nothing more than that. I got a little insight into it when I went to Tangermunde and Quedlinburg; a little more when I searched “Otto von Guericke” on the internet and the history of the enormous Gothic Cathedral in Magdeburg. During this fest, medieval Europe came alive and for a couple of hours, I lived in it. The Christmas Market is a fair, almost all places in Europe have, during December. That’s a celebration of winter with a Christmas fervor. There are games which range from archery to picking soft toys up, food that ranges from currywurst, and Pommes to newer international cuisine and of course Gluhwein. Fancy showpieces are up on sale as well!

The games are stupid and we know we will lose money, the archery thing is stupid. The balloons move when the arrow hits it on its side; they don’t burst. But even then it’s fun! For a couple of hours, I’m just the kid trying everything out and wasting money. The kids up on the shoulders of the elders in the Christmas Market. Ah, I’ve passed this age -_-

There might not be too many exciting pubs and the club for the straight people might just remain closed with no reasons mentioned. Shops might close after eight in the evening and there might not be too many options to choose your jackets from. But you know what? When an old man notices you trying hard to photograph a bird, he would give you all his knowledge about where you can photograph birds and people to contact with. When you smile at an old man, his mistress would also smile back and offer you Gluhwein and ask you to sit with them and enjoy the music. I’m sure like me, many in India would be slightly apprehensive about leaving India and explore living outside. People like the ones I mentioned just now, make our lives easier.. and Magdeburg, home. People are the same, be it Calcutta or Magdeburg; with the same human feelings and almost the same expressions but always, the same warmth.

In the university setup, there are communities like IKUS, RIA Buddy Program or Magdeburg Indians, who create the platform for people to socialize and create events like the festival of cultures, the Halloween party, Italian nights, Latino nights and what not!  Also, there are some event or the other always happening inside this city, of which anyone can be a part of. It could be a gathering to see the lunar eclipse or to just talk in German over a mug of beer.

This post is getting long. What I’ll do is, I’ll paste a few photographs I’ve taken in the last couple of months to give you an insight. A shot from the Halloween Party organized by IKUS and RIA Buddy Programme. Halloween Party – an experience, right out of my imaginations.

Participating in a proper Halloween party was a first in my life. Not that in Calcutta we do not have parties, but it isn’t popular enough for a traditional Bengali to be a part of. I photographed the event on behalf of RIA Buddy Program. 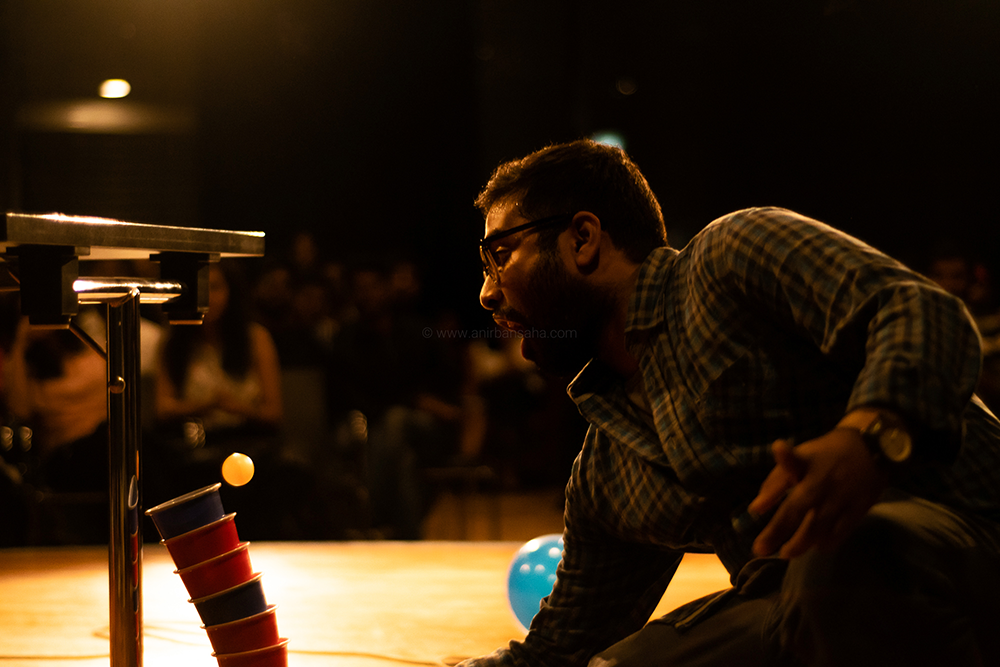 A stolen moment from the games during the freshers meet organized for the Indian students. 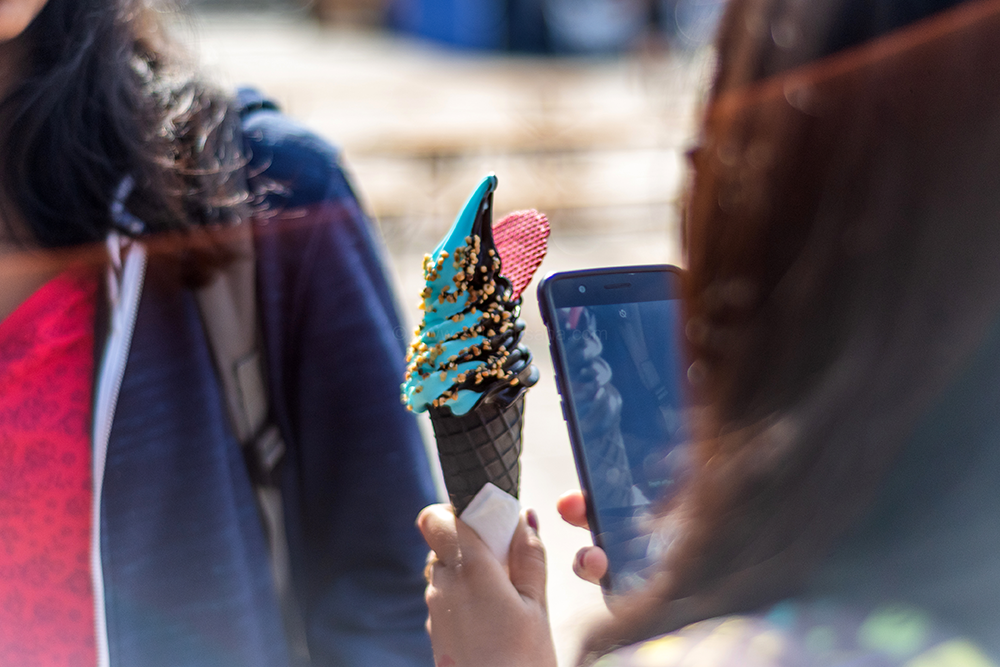 I do not know why my friends were going crazy over black ice-cream. It isn’t tasty and your teeth turn black. | Magdeburg Street Food Festival 2018. Cupcakes where you could inject extra flavors or rum | Street Food Festival, Magdeburg 2018 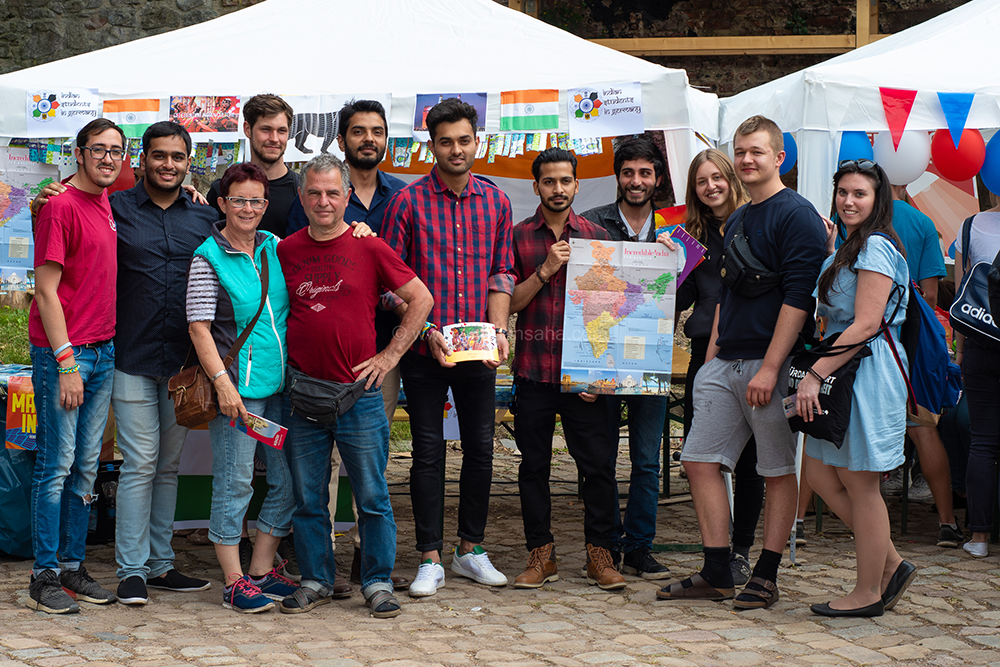 During the festival of cultures, the stall of India generates a lot of curiosity; obviously. At the International Masters Night with tea, the Elbauen Park Observatory, and the festival of cultures organized by IKUS.

Photographed at the International Evening organised by KulturKollectiv Magdeburg

Trust me there’s so much more. And there are so many photographs and experiences that I wish to share with you all. If you are not a close friend or a dedicated reader reading this, in all probability you have searched for this on the internet and is reading my blog. To you I say, do not worry. This is Germany; be nice, be disciplined, remain honest. This is one of the best countries to have a good work-life balance.  And with this, I’d end this post. This has become too long, isn’t it? Drop me a text if you have queries here. The river bank behind the Cathedral during sunrise. You can find more here.