The “Mediterranean Sea” was just another English word with a complicated spelling, I had to revise just before the Geography exam, till I saw the sea with the myriad blue colours hitting the shore and going back. It was magical. 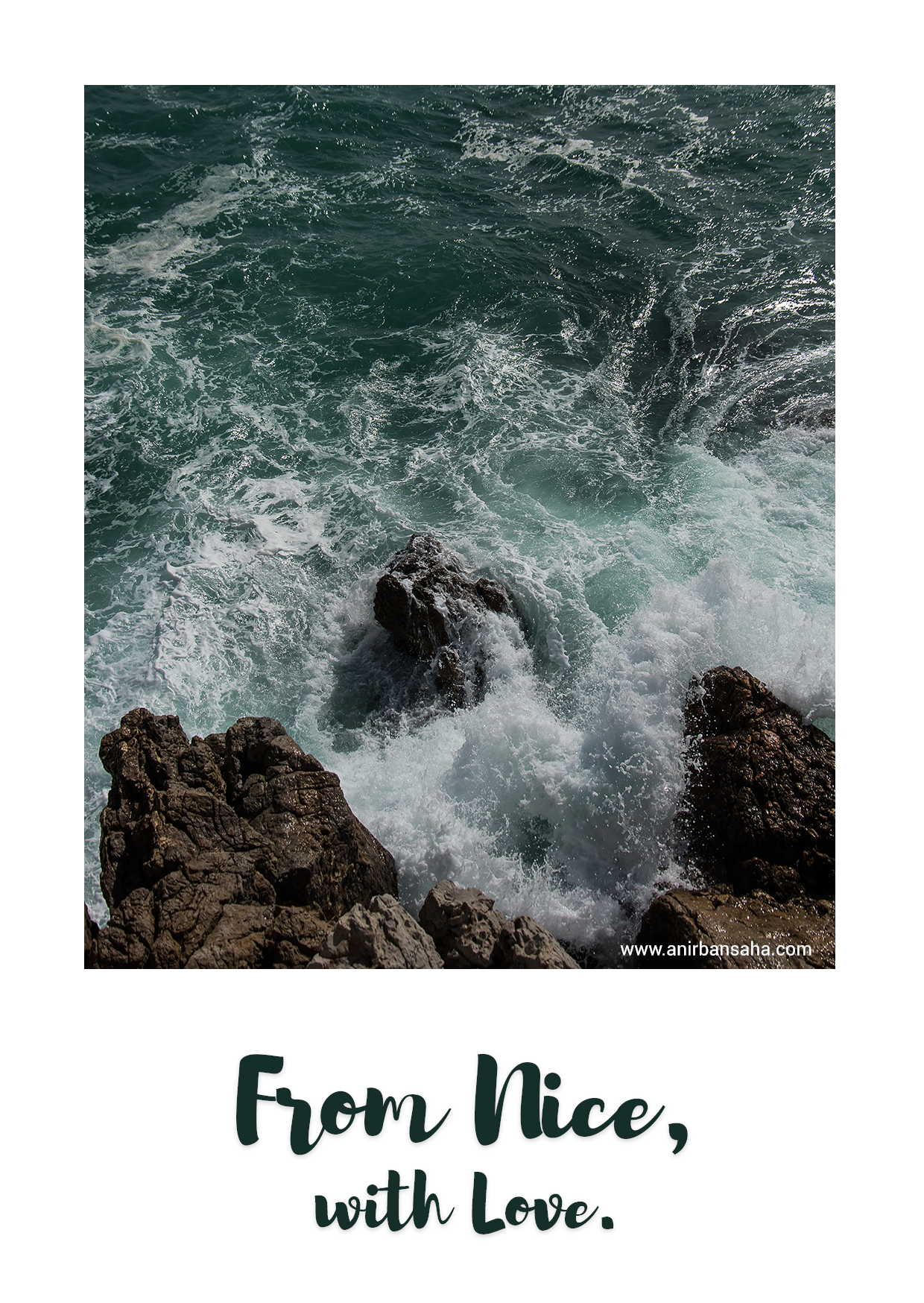 This trip has been special in many ways; Nice was made even more special by my cousin, Tuhin who studies there. All the years we grew up in Calcutta, we never bothered to meet up unless it was a family event which I couldn’t possibly refuse. But nine thousand kilometres away, the cousins met and had a very good day together. 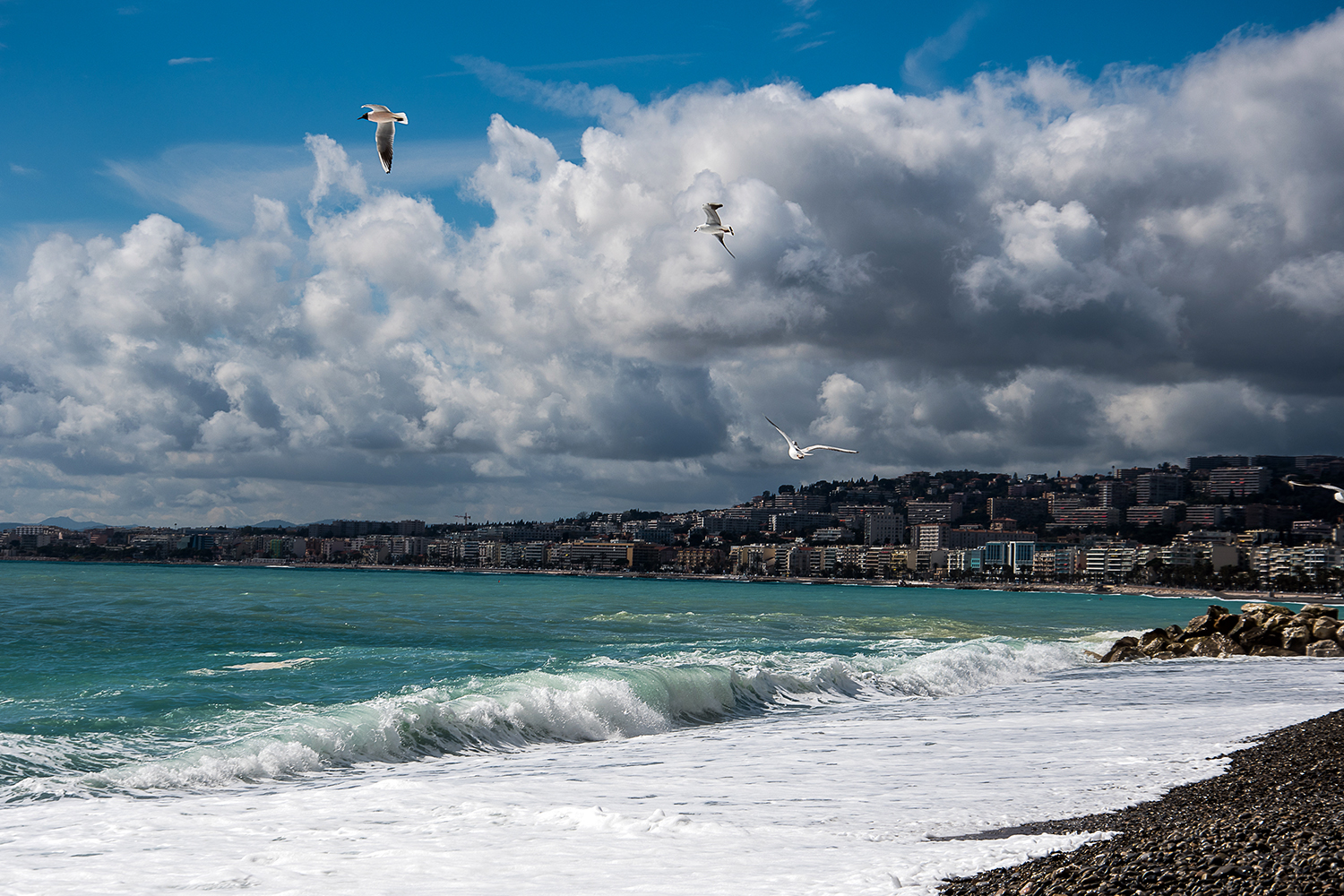 The bay of Angels

Nice is a city in Southern France, which I am told is more Italian than French. Founded by the Greeks, this place became the retreat for very rich Europeans and to the otherwise, who could afford it. From the bay of Angels (the curve that would remind you of Marine Drive in Mumbai) to the wide streets, the art installation and the old town – a simple Google search will tell you the places you should visit in Nice. I could perhaps not add anything more to this list. But I could tell you how I felt in Nice.

Trivia#1: Nice became a part of France in 1860. It’s more Italian than French because it’s everywhere, from the classrooms where the language is taught alongside English to the food you get!

Trivia#2: Queen Victoria sometimes came to the English embarkment here to ride her Donkey. [source: travelonspot.com] [You can read about the history of Nice here.]

Trivia#3: The Nice Carnival, of which Tuhin is a fan of, started in 1294 and takes place during mid-February every year. (Yes, we missed it.)

The walk from Tuhin’s place, by the main road and then wetting our feet in the Mediterranean sea. While Lakshana and Yamini were busy wetting their feet, I noticed Tuhin was trying to balance pebbles one on the top of the others. I tried it and it was fun! I made four more; because why not? 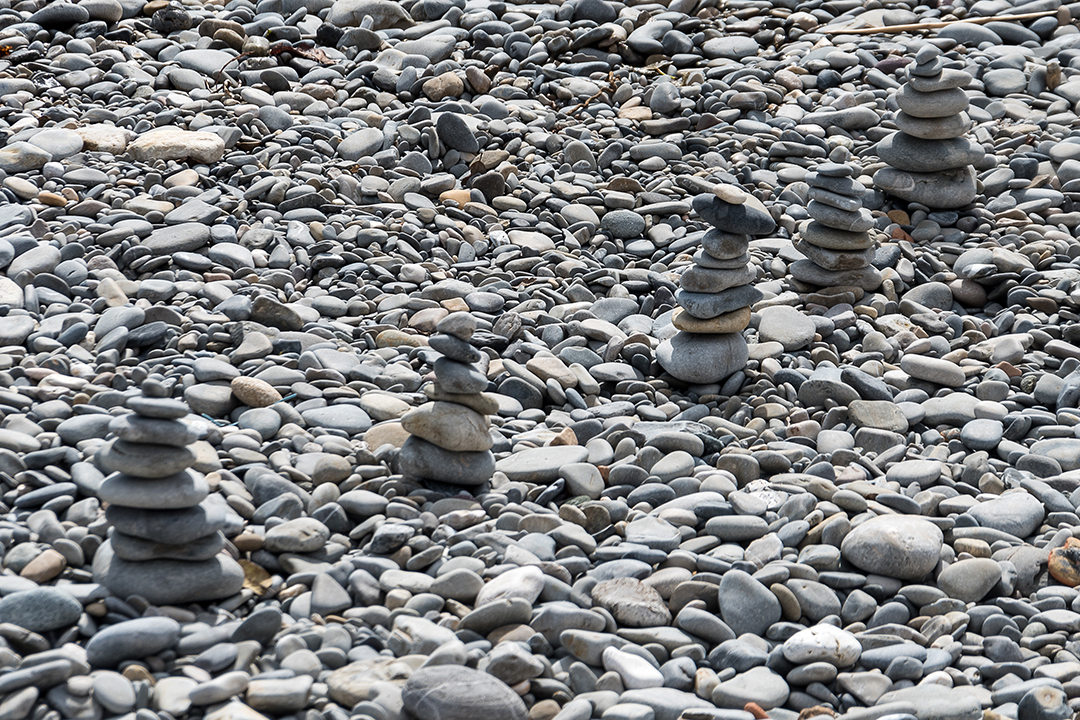 Because why not? The right-most is done by Tuhin! 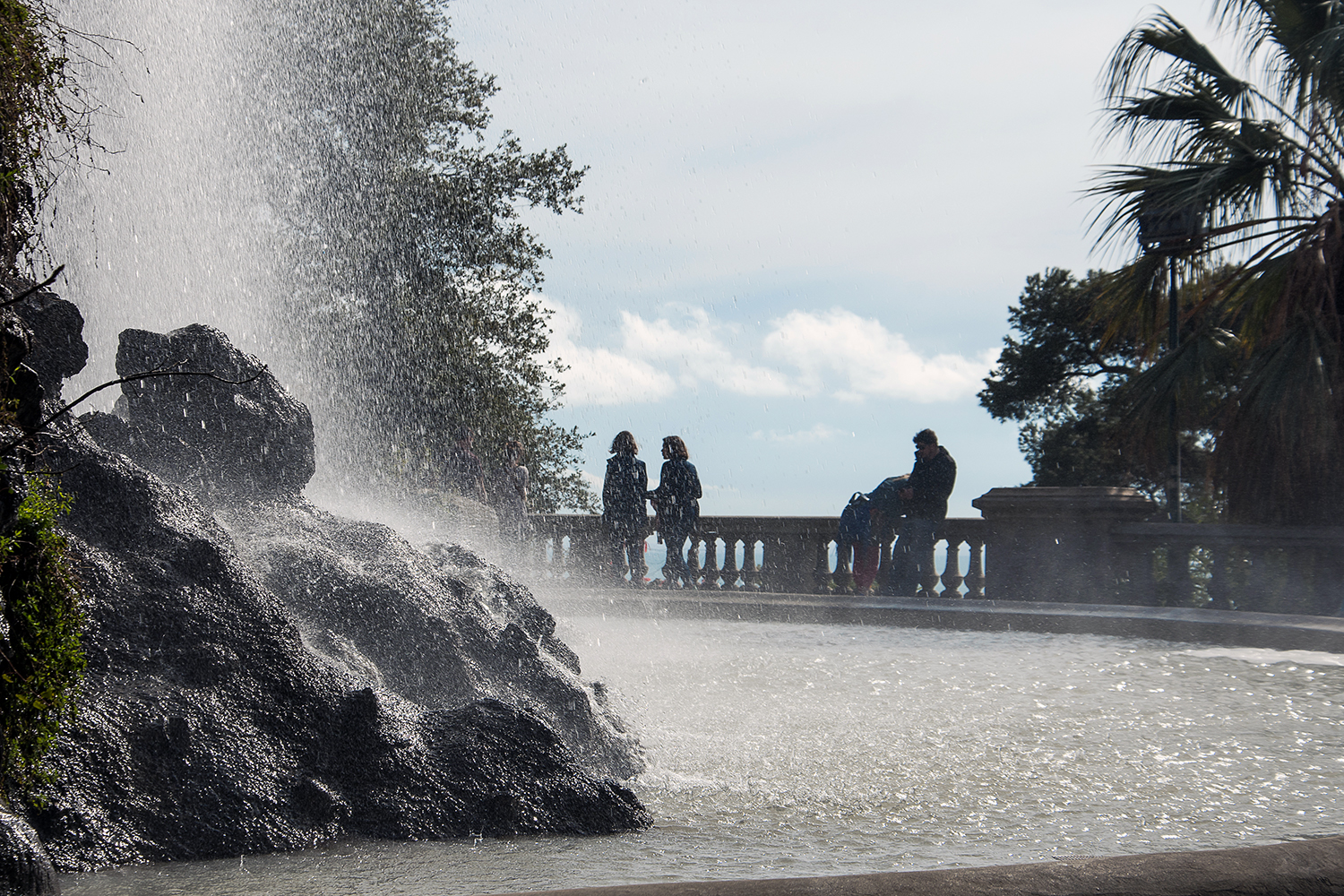 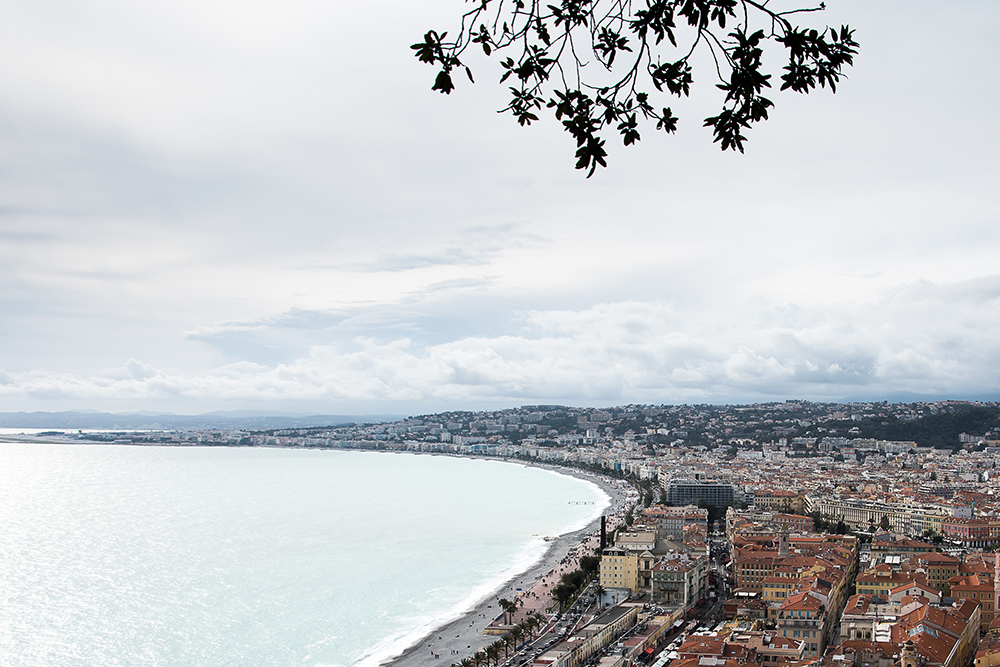 View from the top of the waterfall!

Then we walked the way up to the waterfall, which I thought was natural. But it is not, so relax. But the city looks stunning from there so you can feel excited a bit though. On the way, we spent a considerable time in a graveyard, for reasons I don’t really remember. There’s a small eatery on the top of the hill, the owners of which are extremely warm. 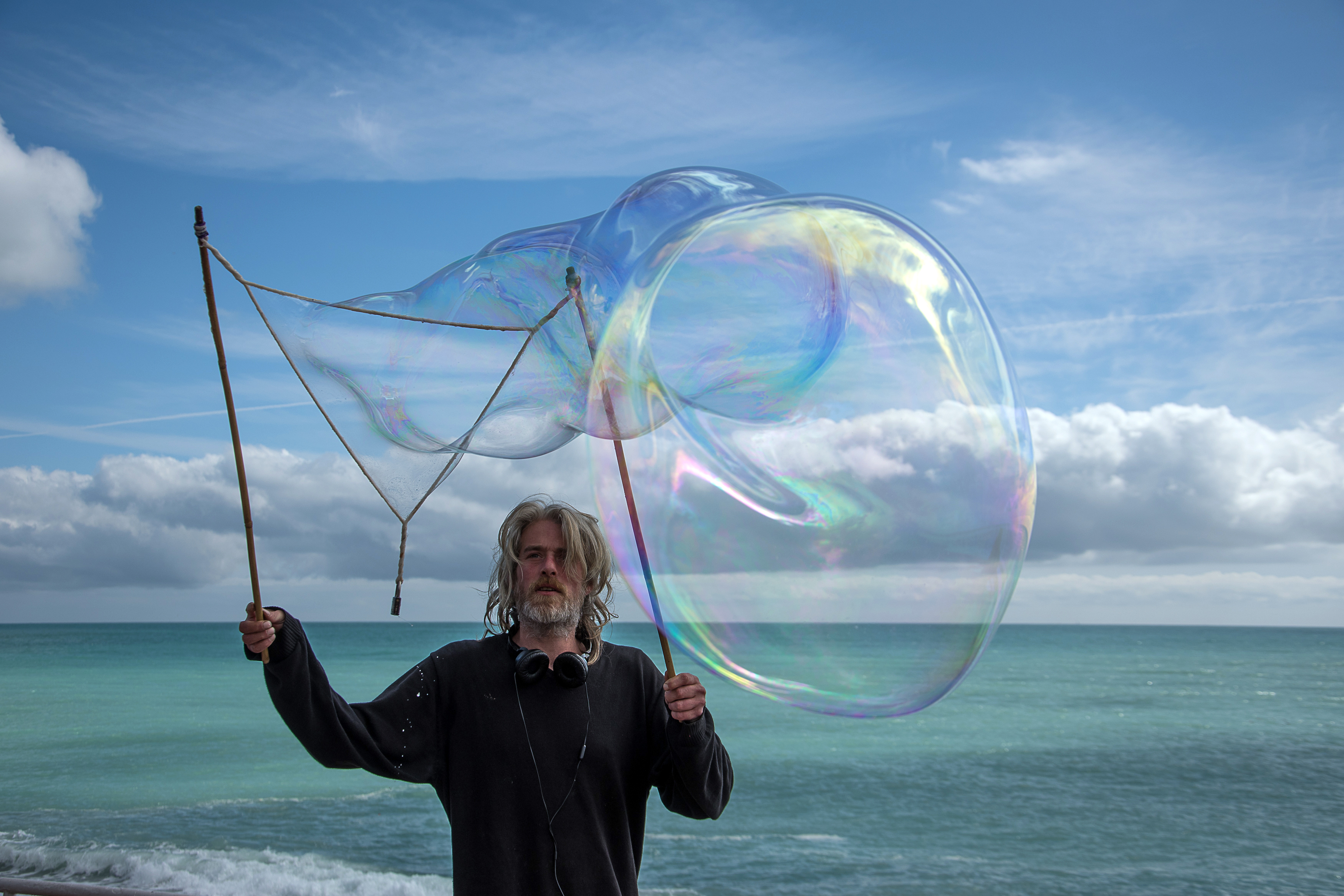 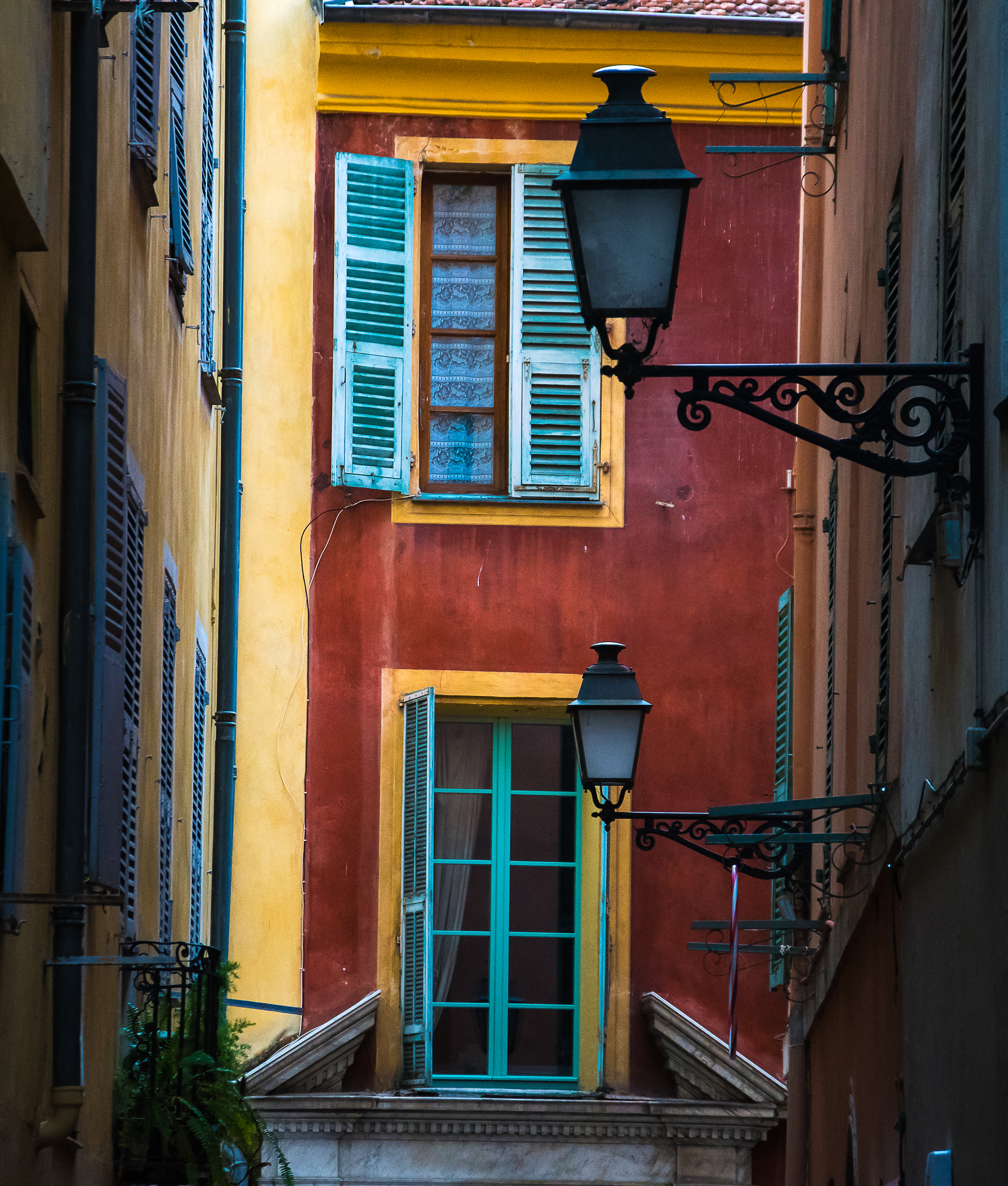 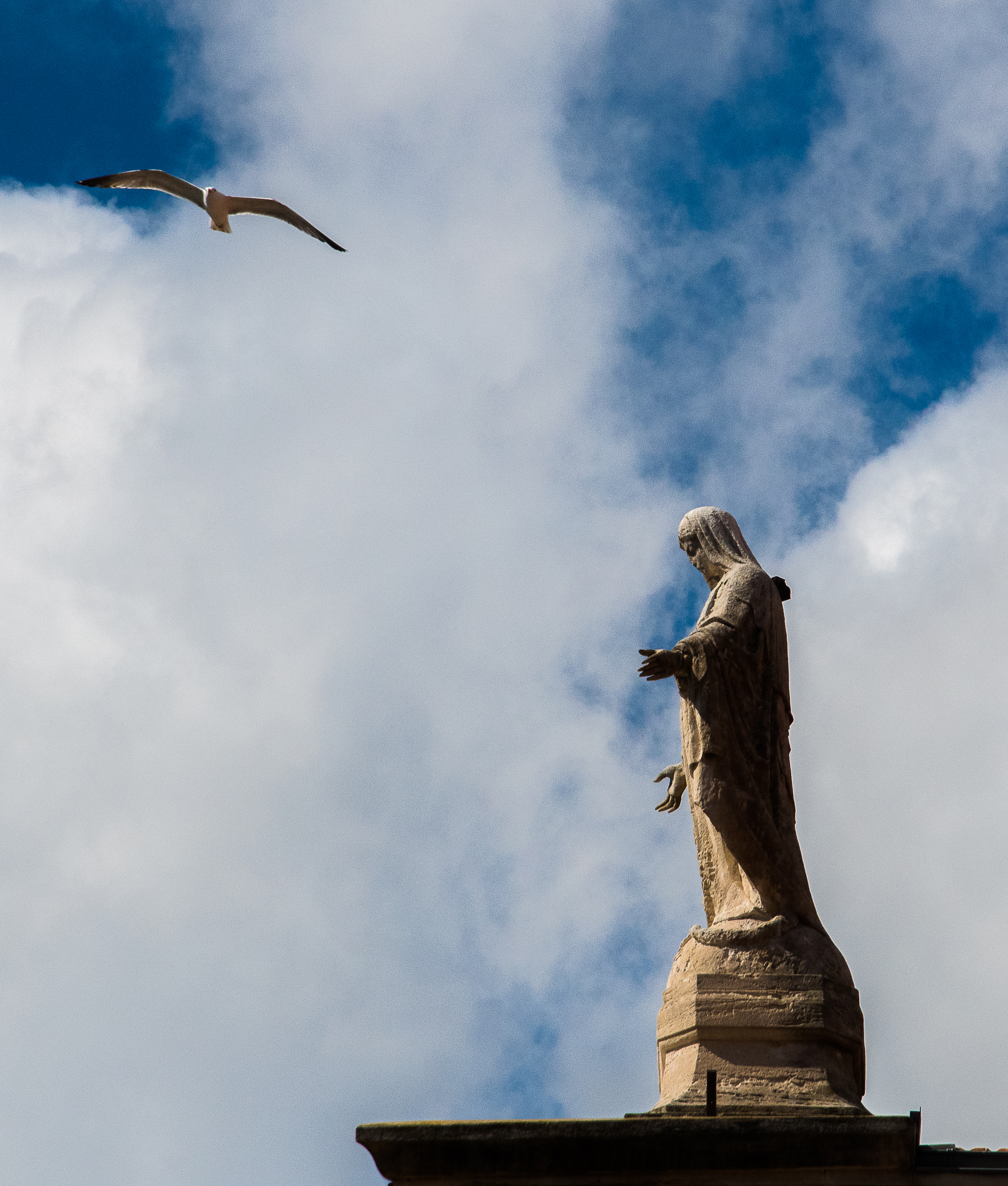 Statue of Jesus with a seagull flying over it.

We walked down to the old town where the church, the narrow lanes, which were bursting with colours, pretty much amused me. The market there is full of life and good ice creams. Ok, I’ll not compare that with Calcutta.

PS: My friends literally dragged me out of the ice cream parlours. :'( 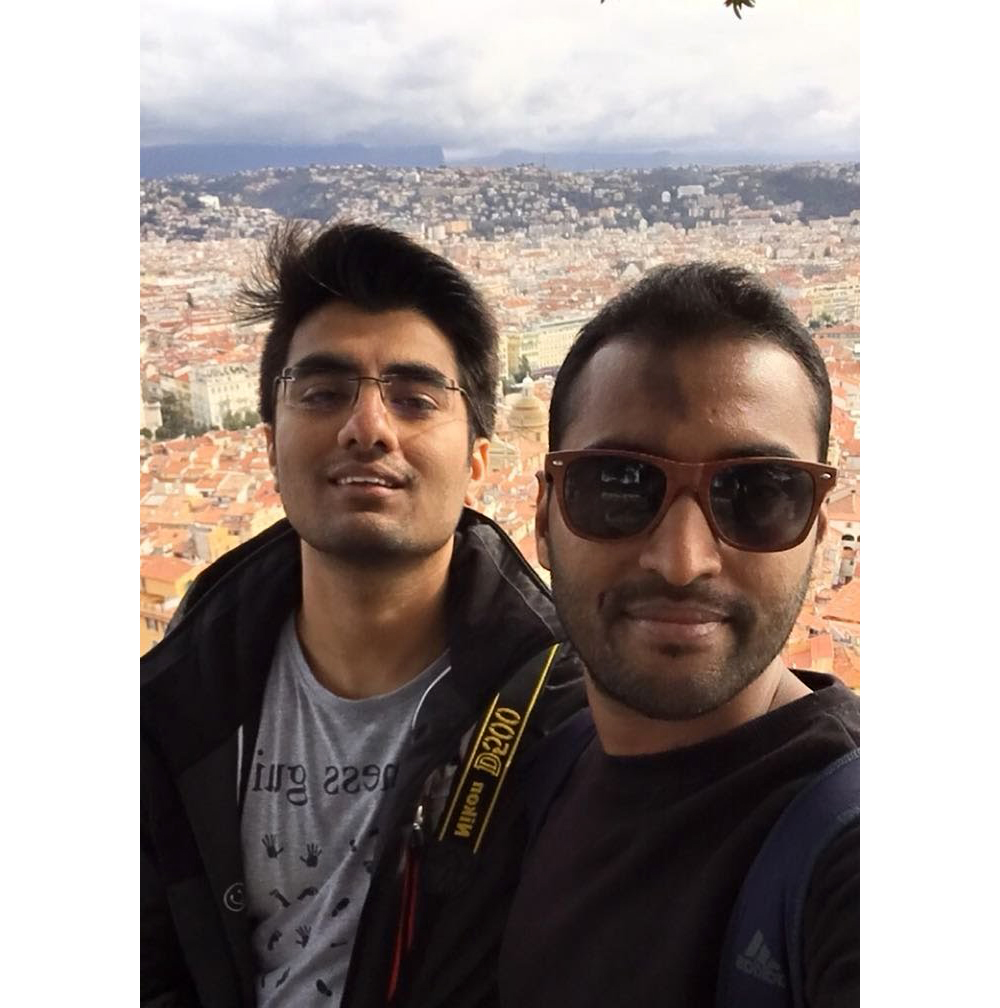 Me and my cousin, Tuhin.

We put up at the hotel Evelia. It was the cheapest among the hotels who offered a room during the time we planned for Nice. We arrived hours before our check-in and left hours after the check-out; the people are very courteous and the room was big enough to accommodate us three. The bathroom was big enough and clean! I couldn’t have asked for anything more. 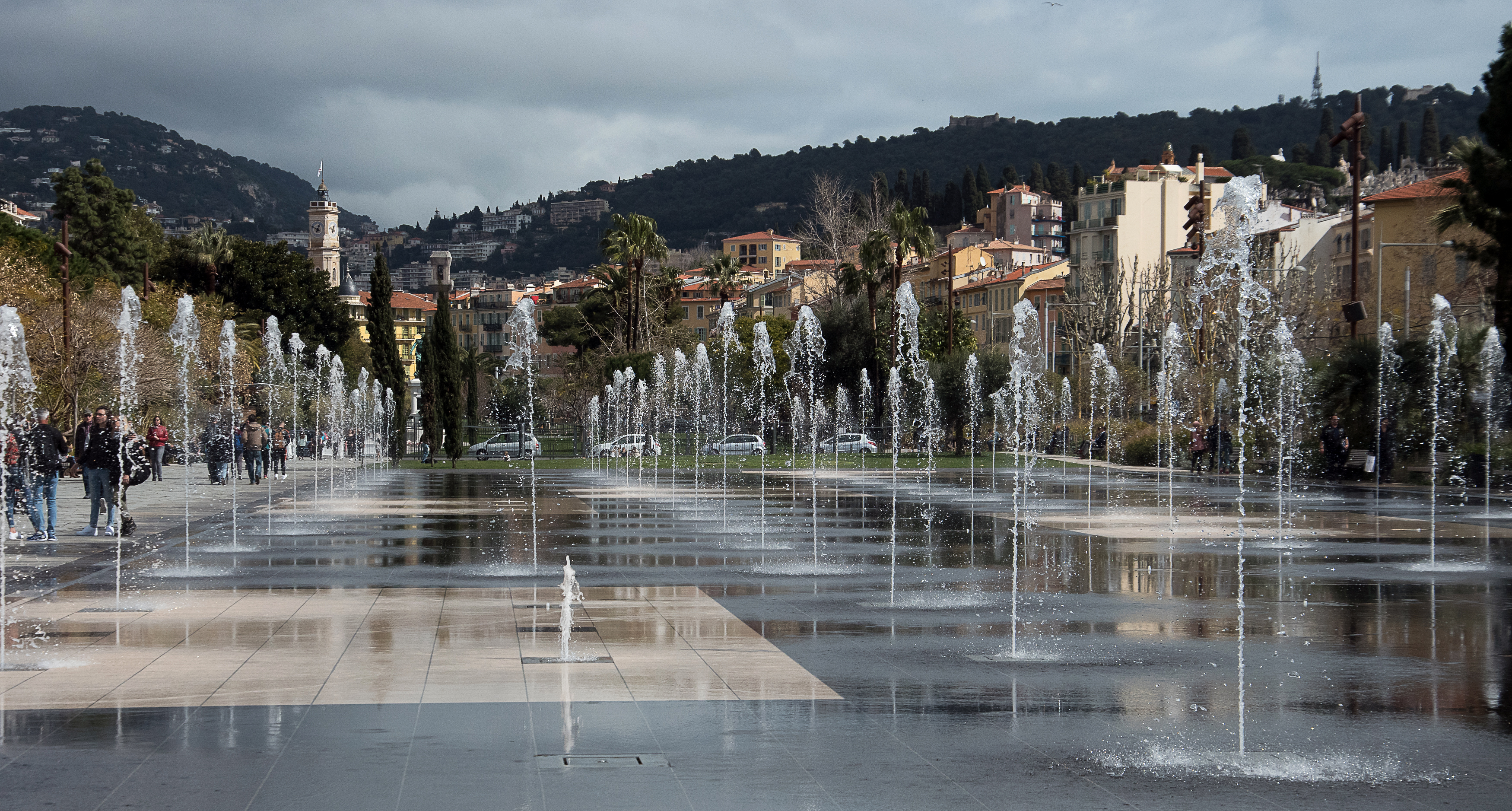 The Fountain place; during the evening, the water has the colours of the French flag

The nude male statue which speculatively has the best ass in Nice, the fountain park, the sea that roars at night, the people who party very late, the fantastic manager who dropped us at the airport just as a good gesture, would make me want to get back to Nice as soon as I could afford it. 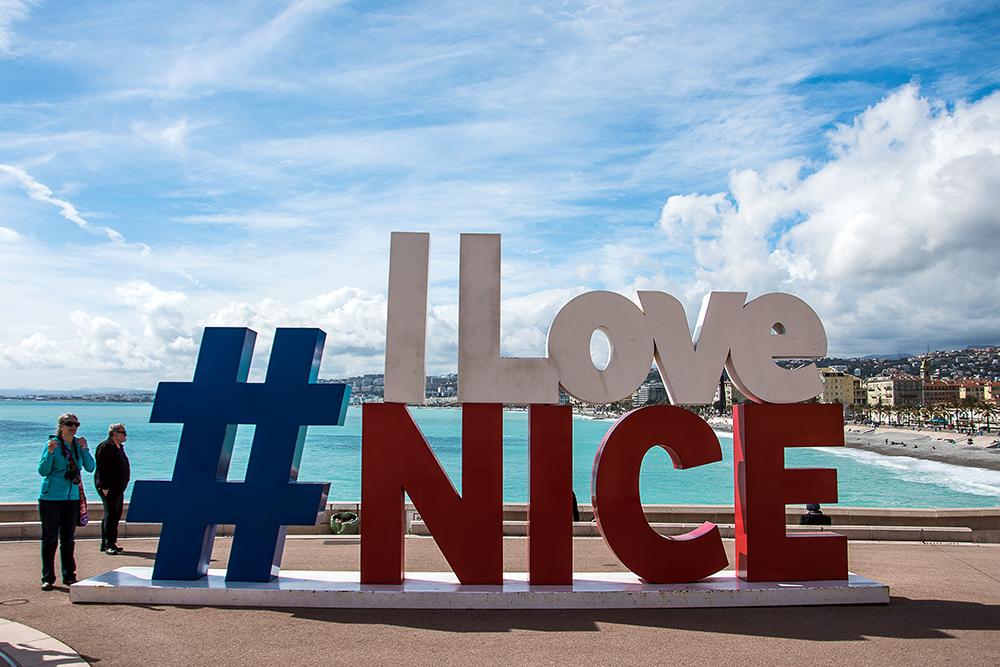