The Chief Minister of West Bengal – Mamata Banerjee today launched the Wi-Fi in the Park Street area. She had earlier announced, in the course of the next two months, the entire city under the Kolkata Municipal Corporation and the area of Salt Lake shall get access to “free” Wi-Fi, provided by Reliance Jio and aided by the Government of West Bengal.

While waiting for the official launch near the oldest building in Park Street – The Asiatic Society, I wondered how Kolkata wanted a rapid image makeover from the sluggish laid back city to be as progressive as Calcutta used to be, till mid 70’s. After years of degraded economy, Kolkata now comes up with a variety of visible changes to the city – beautified river banks, newer set of trident street lights, AC bus stops to name a few and now the Wi-Fi.

Bengal otherwise has schemes like Kanyashree, that attracted eyeballs internationally, but as an IT employee, I wonder – Will allowing access to free Wi-Fi change the way the world looks at the city today? 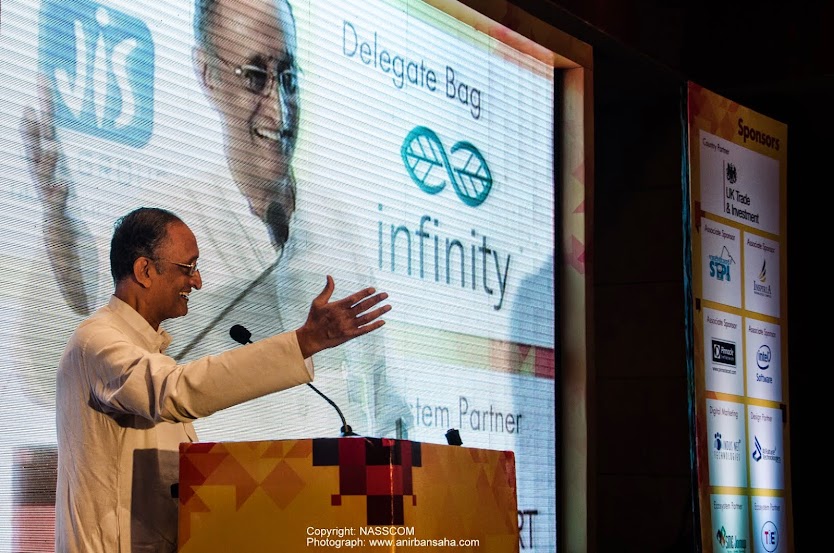 This city of an ever changing skyline, hosts the nation’s second NASSCOM Start-up warehouse, within months of Dr. Amit Mitra’s (Minister of IT, Finance and Industries) promises back in August during the first NASSCOM Product Conclave in Kolkata. In Bengal Global Summit last month, 13 new IT parks have been proposed, MoU was signed to set up the world’s second Microsoft’s centre of Excellence. NASSCOM is particularly excited since their setting up of start-up warehouse did not face any bottleneck in the government and was smooth. Microsoft’s centre of Excellence too is proposed in the same building they are in.

This Wi-Fi will only add to the charisma of the city, which according to latest data has third highest number of internet users after Mumbai and Delhi, an ever growing segment of which uses wireless devices like mobile phones and laptops. They will find it simple to connect to the internet in any part of the city. The youth today are more at ease with wireless devices and welcome this move by the government.

But how much of this positivity is trickling down to the bottom of the society – particularly the youth here, who still finds Bangalore and Mumbai a better value proposition and the elderly, complain of the brain drain? On the other hand, researchers claim Kolkata to be economically better performing than the two cities mentioned earlier. Another study says Kolkata is the best place to live in, in India with one of the lowest rate of crime against women.

The major skepticism about this Wi-Fi are about the speed it will offer and how free it shall be after a few months. The little that we have used – seemed fine. Rajya Sabha MP Derek O’Brien, informed more than 230 routing machines were installed in Park Street itself, each capable of handling 40 machines. That’s precisely 9200 machines in Park Street alone can access the WiFi without the speed drooping down. While Reliance is keeping tight lipped, insiders in the ruling political party informed me – fremium model is what is desired. Since this is a cost proposition, Reliance might charge money but not any time soon (might be after Durga Pujas). Your machine should be WiFi enabled to access the internet.

A section raises question about the integrity of the ruling party while the other section question the employability of the Bengali youth. “Just the Government building IT parks, won’t help. You need to understand, there has to be a skill pool. Government can facilitate. But to invest in Bengal should be business’s decision”, said one of the leading IT entrepreneur, while the NASSCOM – East chief added, “To leave Kolkata for better opportunities should be individual’s decision. There is no point being sentimental.”

The first tweet by the honourable chief minister of the state – Mamata Banerjee, to launch the Wi-Fi services in Kolkata

While acknowledging the negativity that is already around, we should not refuse to see the good that is happening, the Wi-Fi rolling out being one of them. Not only would this help connect Kolkata and make the world take a note of us, this would draw the attention of the mass here towards internet and organisations like “Kolkata Bloggers” should come forward and organise Social Media Camps, to help students and small scale industrialists the use of social media, internet, internet marketing and branding. This opens an entire new avenue which otherwise was also accessible, but this move by the Government to make a Digital Kolkata simply make things easy. Internet is empowerment.

I am particularly happy. While most of the traditional media in this part of the world fills the space with sad version of possibly every news.. I am trying to use my blog to spread the positive, I have known, the government has done to the people. And this makes me believe, Kolkata – the city of many firsts in the past… is all set to become the city of the future.

Update: Check out the step by step guide to connect to the WiFi in Kolkata.