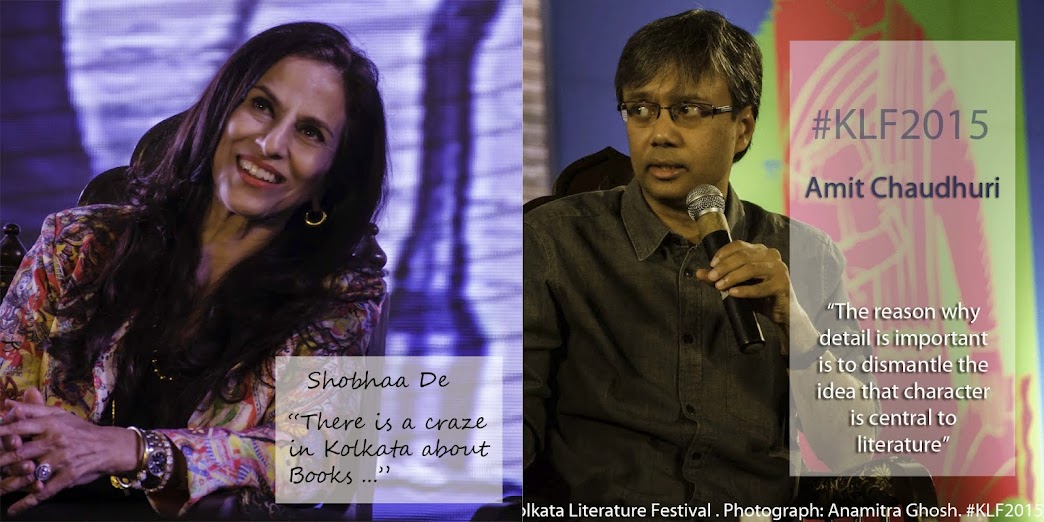 “There is a craze in Kolkata about books” exclaimed Shobhaa De who went on to add that year after year families save to buy books at the Kolkata Book Fair, a book lovers’ paradise! Shobhaa De had recently come to Calcutta for the Kolkata Literature Festival, the last of the literary gatherings the city recently witnessed.

The city that is known to be the birthplace of the first Non-European nobel laureate for literature is also known as the cultural capital of India, and not without reason. Nowhere else in the world have books been so celebrated as it is here! It boils with tremendous energy that is almost infectious and there is no escape!

I had never been too much into literature and quite naturally, this incredible feat by my city skipped my attention. But this year, “Kolkata Bloggers” was approached by all 3 of the literature festivals and we ended up working with 2 of them. It was undoubtedly quite an achievement for Kolkata Bloggers.

In one of the biggest Kolkata Bloggers Meetup back in July, we had a blogger, Diptee Rout who seemed pretty impressed with our performance and wanted her organisation to get in touch with us. Soon after, the brand manager of the Times Group, Jit Sengupta approached me for talks and we decided on conducting a blogger contest, blogger’s workshop on The Times of India’s behalf, during Apeejay Kolkata Literary Festival 2015. It was huge for Kolkata Bloggers, as this was the first major corporate engagement programmes we had conducted.

Kolkata belied all presumptions of being a laid back bloggers community, roared and actively took part in the blogging contest. We got 74 valid entries to the contest judged by a panel set up by The Times of India and Kolkata Bloggers. The winners were awarded on January 16, 2015 in Oxford Book Store.

Speaking at The Great Indian Bloggers Meet, organised by The Times of India during Apeejay Kolkata Literary Festival

In the final event, the discussion topics ranged from why one should blog, SEO, social media engagement to what the publishers want from the bloggers. Being the founder of Kolkata Bloggers, I was asked to open the session. You can check out Nabhoneel’s blog post on the event.

That evening a lady from the organising committee of Kolkata Literary Meet, approached me for blogging for KLM. Yajnaseni di, is perhaps one of the very few who had found an active listener in me and it is an incredible experience conversing with her. Although we could not work with Kolkata Literary Meet this year for various reasons, we hope to work together in the next edition.

I had visited KLM during Raghu Rai’s session and it was such a treat listening to him.

Kolkata Literature Festival had stalwarts like Dr. Amartya Sen, Dr. Sugata Bose, Bedabrata Pain, Jawhar Sircar, Upamanyu Chatterjee, Sudha Murty, Qaisra Shahraz, Ashok Banker to name a few. To be a part of this was a very fulfilling experience for me. An ensemble of many beautiful events, no event could be grander than this. 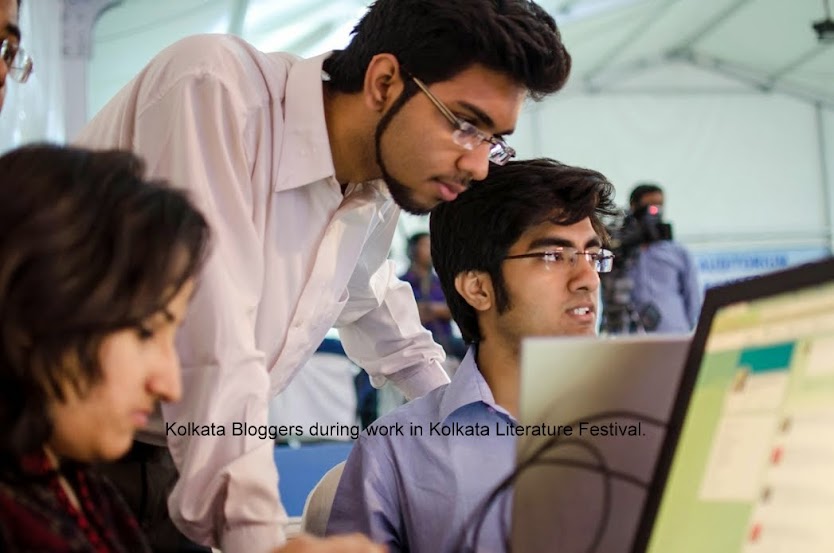 While working for the Kolkata Literature Festival.

In between these two events, I must mention that Mamata Banerjee, the honourable chief minister of West Bengal announced the launch of WiFi in Park Street and projected the plans of making the entire city of Kolkata under Kolkata Municipal Corporation, WiFi enabled. Kolkata Bloggers was invited by Derek O’Brien and associates for a blogger engagement programme during the WiFi launch in Park Street on February 5, 2015. 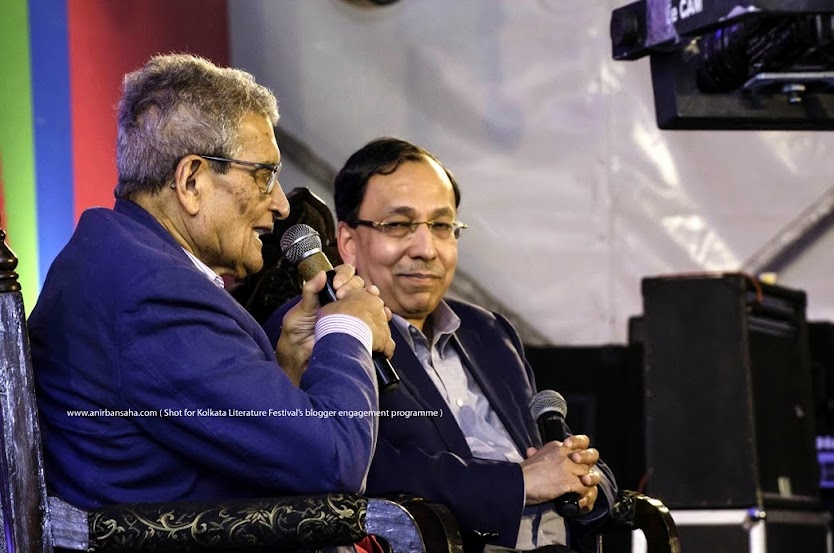 Personally speaking, it felt incredible being a part of all three somehow or the other. And yes, after the events, I have taken to reading books again. Currently I am reading Sudha Murthy’s “Mahasweta”. I recently completed reading the best of Speaking Tree, volume 9.

It felt incredible working with professionals like Jit, Esha who are of my age. My new team of young enthusiastic bloggers from different colleges have filled my heart with a newer hope of a better Kolkata. To be hearing Dr. Amartya Sen, Sudha Murthy was an enriching experience. To be speaking at the Oxford podium was a childhood dream.

While, the rest of the world’s leading cities celebrate singular literature festivals, Kolkata in this part of the world celebrate a fiesta that continued for 3 weeks. The best part being that Kolkata belied all allegations of being laid back and technologically incompetent. Have you been to any literature festival this year ? Which one did you find the best ? Take part in the poll: