Street lights can be interesting.  Having said this, I would like to say, I have taken a new interest in human portraits. Somehow, call it lack of outings, or spending more time with friends each Sunday.. all I end up shooting are human beings, and in the evenings.

What I understood is, street lights can also be good for portraits, atleast for my friends to get good facebook profile picture. I am sharing few photographs of the same, for you to see. 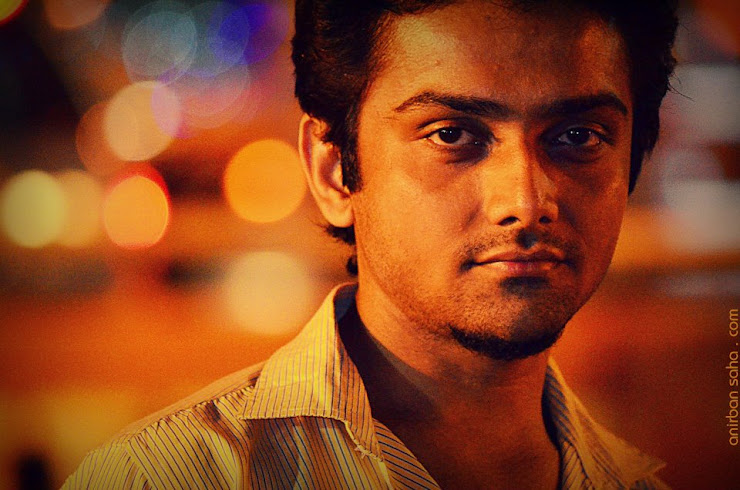 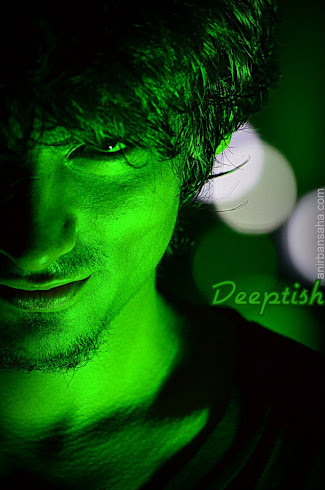 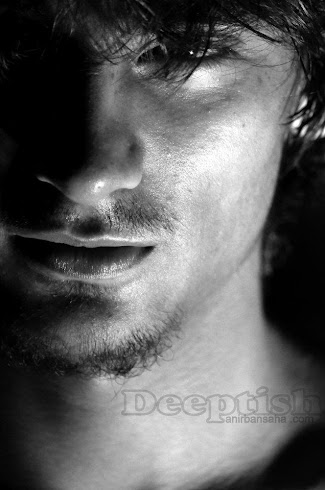 Friend : Deeptish Lahiri.
He is a very lovable kid, and wanted a photograph of him, that would go well with the “Evil” image, he wants to put on for some days! Both the photographs are shot at the Prinsep Ghat. The green lights produced the necessary evil effect, and his face is expressive as ever. The light on one side, created a black shadow at the other… and I refused to have it. Instead I concentrated on his eyes, nose and lips. Tried focusing on the eyes. The sly smile, and the white bokeh behind him, I believe did the trick.
He might be taking this as “evil”, but the innocence of the eyes, could never translate to much evil. The comments in his profile, suggested girls going gaga over him 😛 and I somehow had a feel of it. Thus, I shot him next.. zooming deeper into his face. Focusing on this nose, and lips.. a trial to make him look sensual. I donot know how much it succeeded. Would appreciate your reviews.
ISO 2500. 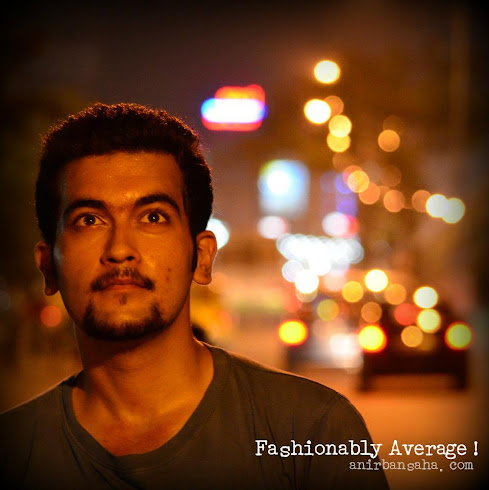 Friend : Rajarshi Bhadra
Shot at Haldiram’s, VIP Road, Kolkata
An extremely straight forward guy at heart and that shows in his portraits. Here again, I loved the bokeh that are created by the street lights, the yellow ones that are old.. and the white ones – that the new government planted. It creates a dreamy world for me, and Rajarshi expresses wonder in the first photograph. Both the expressions in the photograph characterise it. The latter, is edited by Rajarshi himself to put up as his profile picture.
ISO 2500. 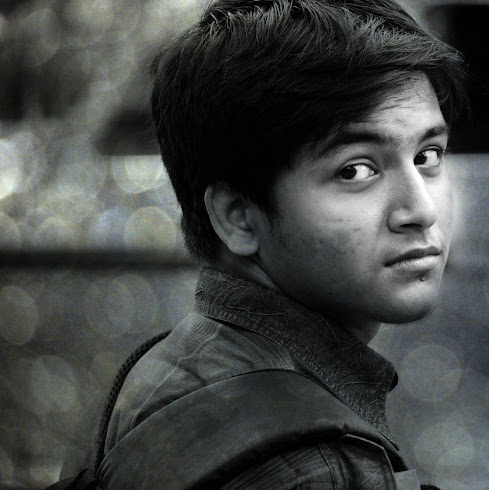 Friend : Rimbik Das.
This is not exactly shot fully in street lights. This was shot during the sunset, infront of South City Mall, Kolkata. A slight shower , the glass infront of my camera, street lights played very nicely to create the effect. Rimbik too is a very lovable and innocent young lad. I wanted to showcase his innocence, and I believe this photograph is somewhere near to what I had expected of his portrait. This too is shot at a very high ISO 2500.  I believe the photograph is somewhere balanced.  I jotted down few lines for this photograph :

Moments to cherish, makes me look for you,
Moments grim, a drive to ourselves a new,
Moments of love, makes me feel you.
Moments of togetherness…
still as fresh as a drop of dew.
A look back at you.

I would like my friends ( read : viewers ) who see this, express their views of the same. Some encouragement for the same is required 😀
You can comment your thoughts, feelings, suggestions for improvements, ideas down below, preferably using the facebook comment system. 🙂