We’ve often cribbed about this city, for being laid back and not organising Hackathons. The supposed techies like me who loves presenting ideas and building prototypes had to make their way to either Bangalore or Hyderabad to live this hackathon experience. But wait.

During NASSCOM Product Conclave Kolkata 2014, with Dr. Amit Mitra’s help, NASSCOM 10000 startups warehouse was created in Kolkata, second such NASSCOM warehouse in India after Bangalore. This year, Kolkata Bloggers was a partner to the Product Conclave and we’ve been associated with the US Consulate Kolkata for some good amount of time for us to get recognised as “a natural ally in the ecosystem” by both the parties.

I thought I would be as bored as I was during the previous hackathon. I agreed to stay for half an hour when invited by the US Consulate. But guess what? I stayed back for more than 24 hours without sleep, brainstorming with more than 23 of the 27 teams, helping them understand TG,  value proposition and UX basics. It was a crazy bunch of incredible people ideating and building prototypes. 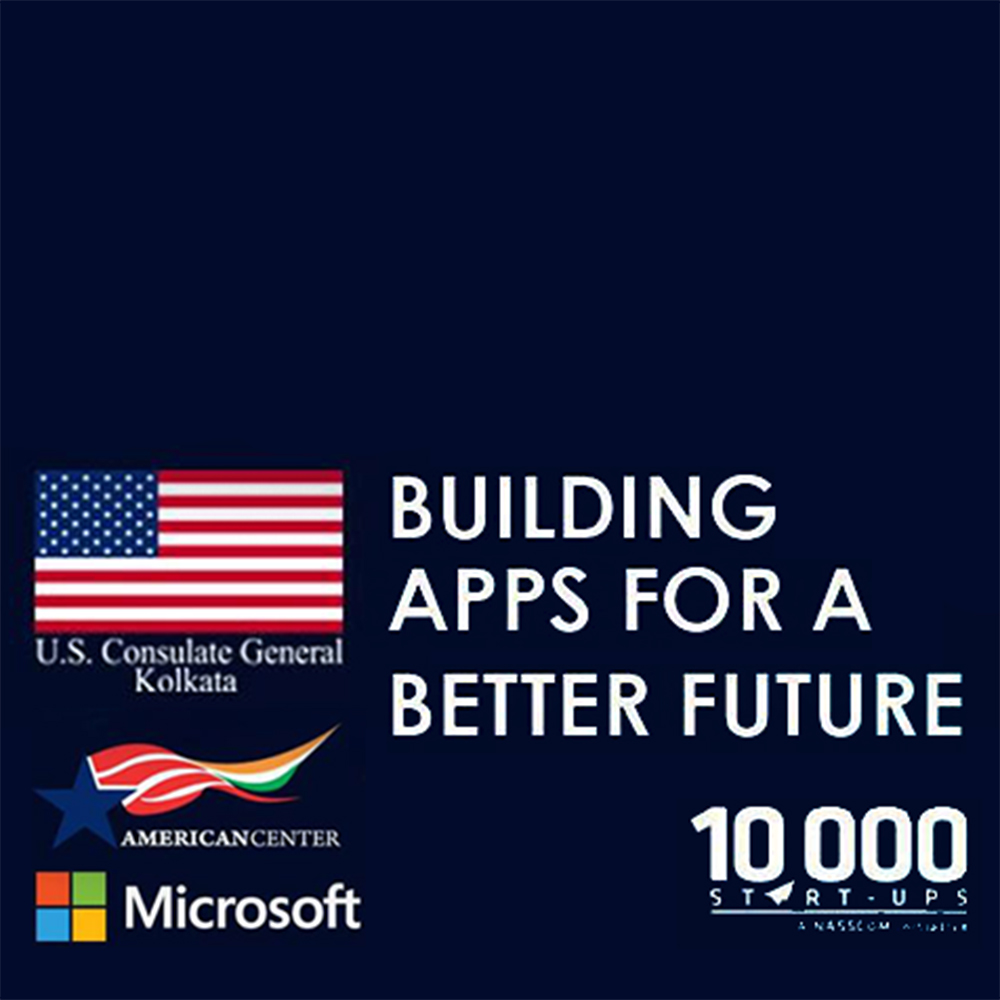 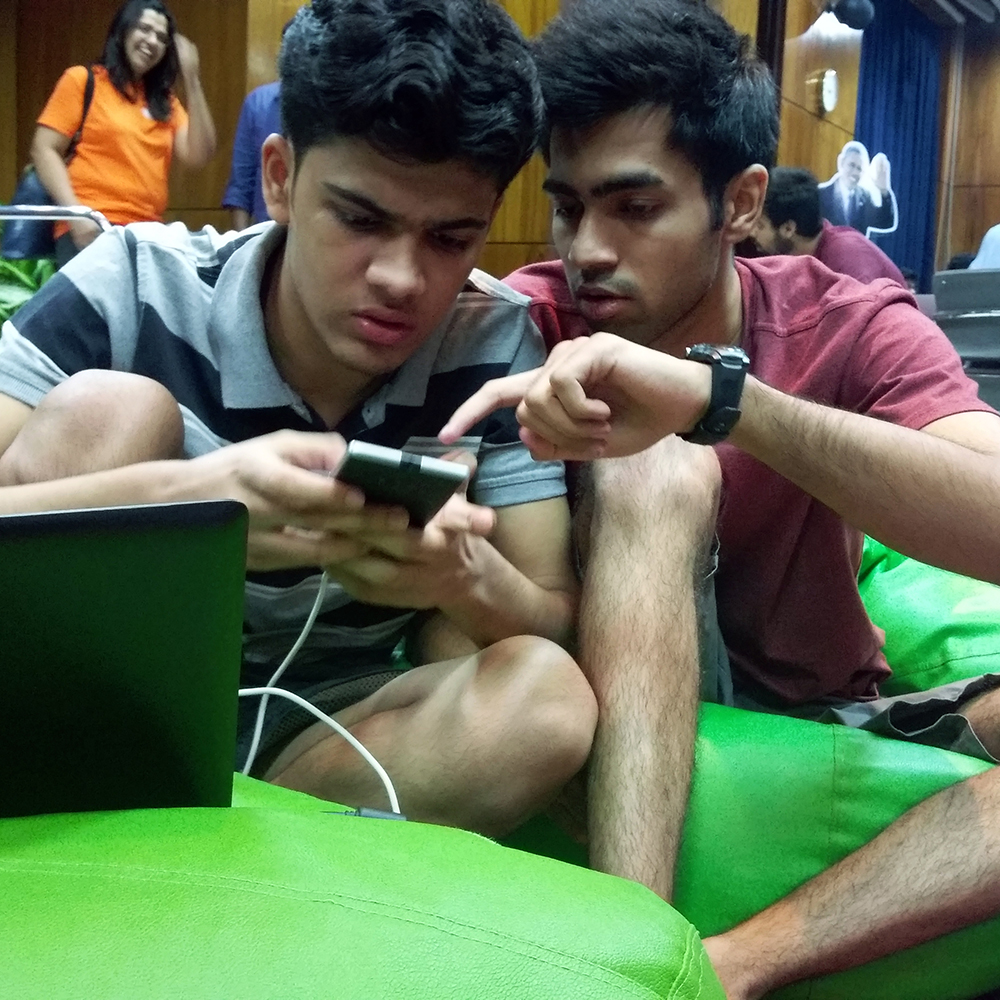 There were a few incredible ideas. In this post, I would mention a few which caught my attention:

A. An application to plan the day for senior citizens who stay in their homes. At the idea level, this seems a brilliant one and caught everyone else’s attention. If we are able to gift the senior citizen an app with fantastic user experience, this would be treasured. (This team was from I.E.M.)

B. “Dark Swag” came third in this Hackathon for proposing the idea of a citizen journalist app. The idea is nothing new. Even from Kolkata, we had an application called “MNetra” which proposed to do the same. This team too is from I.E.M and had Sudipta Saha, a kid whom I knew. We brainstormed a bit. Kolkata Bloggers can chip in, help them with more ideas to make the minimum viable product and market it.

C. Two kids in half pants also suggested a citizen journalism application, which after brainstorming became an idea that I would love to mentor and market. It is one of the leanest apps feasible and I see a huge potential if we are able to build it. Since both the kids were in their half pants, I presumed they are either brothers or best friends. After the hackathon, I came to know they were neither. In fact, they met only during the hackathon.

One of them is Ankit’s acquaintance. Ankit works with Kolkata Bloggers.

D. Team “Feel Great Factor” aimed to create a game where people would “tag”, “hug” or “Adopt” trees. The game as an idea did not amuse me, because I have never played any game online or offline. The TG, their value proposition, and the business model proposed got me interested.

E. Students from B.P. Poddar Institute of Technology worked on the use of Virtual Reality to cure a mental disease. I had met these students because they came to the bloggers workshop we conducted at the Heritage Institute of Technology. They have been innovating consistently for some time now and their humility is just overwhelming.

One app idea which was presented with maturity deals with finding available parking space in a location. The presenter is a very respected person in the ecosystem and his sense of presentation exuded the reason why. However, this idea is similar to Park 24×7, a startup by Avishek Tarafdar from Kolkata.

The app idea that came first in this hackathon dealt with finding a person who play sports with. The TG included individuals, players, local sports bodies and playgrounds. This idea is a subset of the product I was a manager of till 2015. I know how good this is at the idea level and how tough it is to get people on board. I agree with their marketing strategy proposed.

I met two young people. One from the team “SOS”, trying to develop an idea which I worked on in 2013, about prescription management and using machine learning to predict diseases faster. I absolutely respect the kid for his indomitable grit. There were people who displayed dismay at his idea to the extent of disapproving it. He kept on working. I need to mention that he claims to be an IIT Mumbai dropout to be an entrepreneur. Had he been my own brother, I am not sure if I would support dropping out of an IIT but his determination and the firmness in his attitude is something I respect and derive inspiration from.

The other is an incredible 1st-year kid in Techno India who dropped out of B.P.Poddar (as far as I remember). He came in alone, teamed up with 4 different other people, brainstormed. They could not build anything. At some point in time, he was sitting alone while the rest 4 were discussing something else. I asked him and he said that they are planning to quit. He did not want to. I left it there. I could not find him during the final presentation and I am just sad. A person as courageous should have the courage to come on board and face failure. If we are not able to accept failure or face it or even talk about it, we would never appreciate success in all its glory. This team worked on the idea Surya and I tried to do in 2014 end. 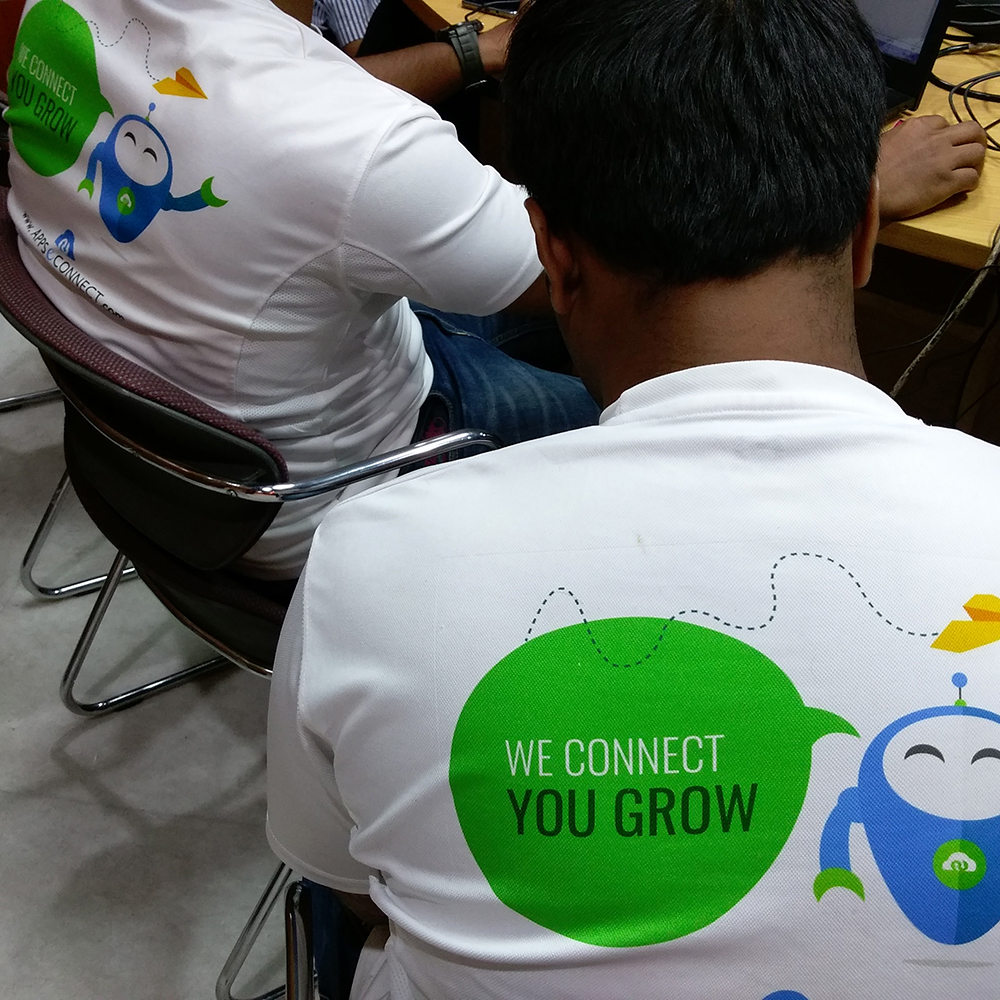 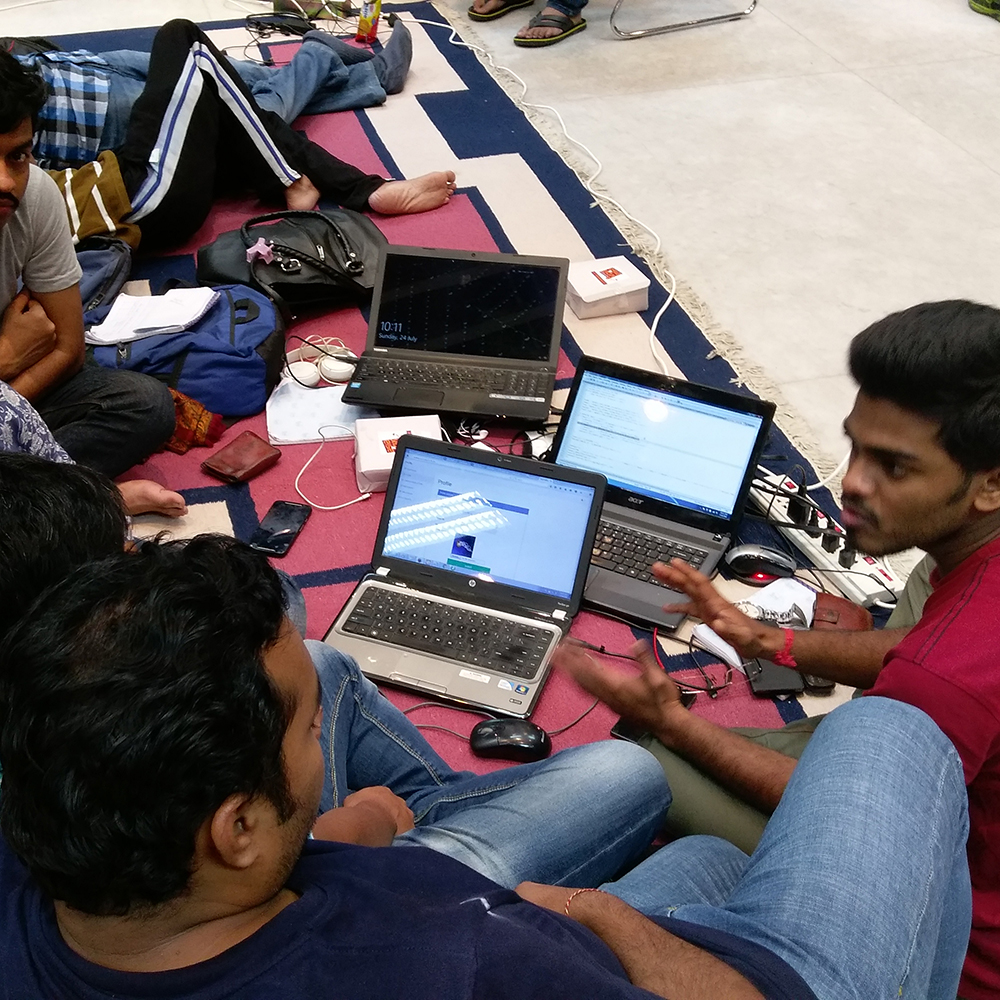 Kolkata is changing and I am loving this change the most. I congratulate NASSCOM for being the change agent I’ve always appreciated. I thank US Consulate Kolkata for being so proactive and not only organise a bloggers workshop but also hackathons in Ranchi and Kolkata.

I met Nitesh Luharuka after ages and I should congratulate their team for mentoring the groups. The entire time, they have been brainstorming, validating ideas and debugging, so that the teams do not falter. Not only is the entire team, young and high on energy, they are reputed in their own field of work. Abhishek Sur, Kunal Chaudhury, Tadit Dash, Abhishek Nandy are MS MVP. Nitesh is C# corner MVP, the Kolkata chapter lead.

I met Gaurav of Innokul and Krishnendu of Sillycon. Innokul incubates young aspiring entrepreneurs and Sillycon is a collection of more than a thousand techies. Over the years, I’ve moved out of technology to create a database of bloggers. Even if traditional media does not cover, may be the future events would be covered by a group of young like-minded bloggers! If I have the courage to take two ideas up and work on it, proposing to put money from my pocket, most of the other people who were present there are way more affluent. If they see potential, they’ll take it up. This is how the ecosystem would develop – more buzz, more mentoring, more ideating, more prototype building and money should flow.

Let me know what you think of Hackathons, incubators, entrepreneurship and how this young Kolkata is living up to the hype and the dream. I’ll sign off now.