I’ve always valued ideas and people over money in business, and so far it has been a fulfilling journey. Today I write this note, not as a happy sponsor but as an elder brother to Arkodyuti, and as a person encouraged by Mozilla Clubs initiatives and web literacy campaigns.

Towards the end of May, a boy as young as my brother, filled the Kolkata Bloggers inquiry form and asked for an appointment. During the first conversation, he explained in brief that he wants to conduct a web literacy campaign in Kolkata and wants us to cover their story on our blog. I loved his approach towards a collaborator. Not a word more, not a word less, not a single move which would make me feel that he is trying to gain favors. Strong willed with a spine and a clarity of his thoughts. During the second conversation, I was in complete love with the idea and decided to help him with ideas, contacts and funds.

Mozilla Hello Web is an initiative to make the world a web literate place. Mozilla Club volunteers organize such camps in different schools and colleges to talk about the better usage of the internet. During 2015, it was organized in 5cities. This time, Arkodyuti wanted to do it in orphanages after having tied up with HOPE Foundation Kolkata. He explained to me that in 3 days, he would reach out to around a dozen places where he would tutor around six hundred fifty young students, primarily in the age bracket 13 – 18.

That made sense to me because this is the target group which needs to pick up the basic web and computer skills to be slightly more employable. Arkodyuti, being the Mozilla Club lead of his campus and mentor to other different Mozilla Clubs in the region is also the mentor of Google CodeIn 2015 – 2016, is already an able planner who could execute the plan with finesse and with equal ease. Moreover, he has a lovely energetic team. 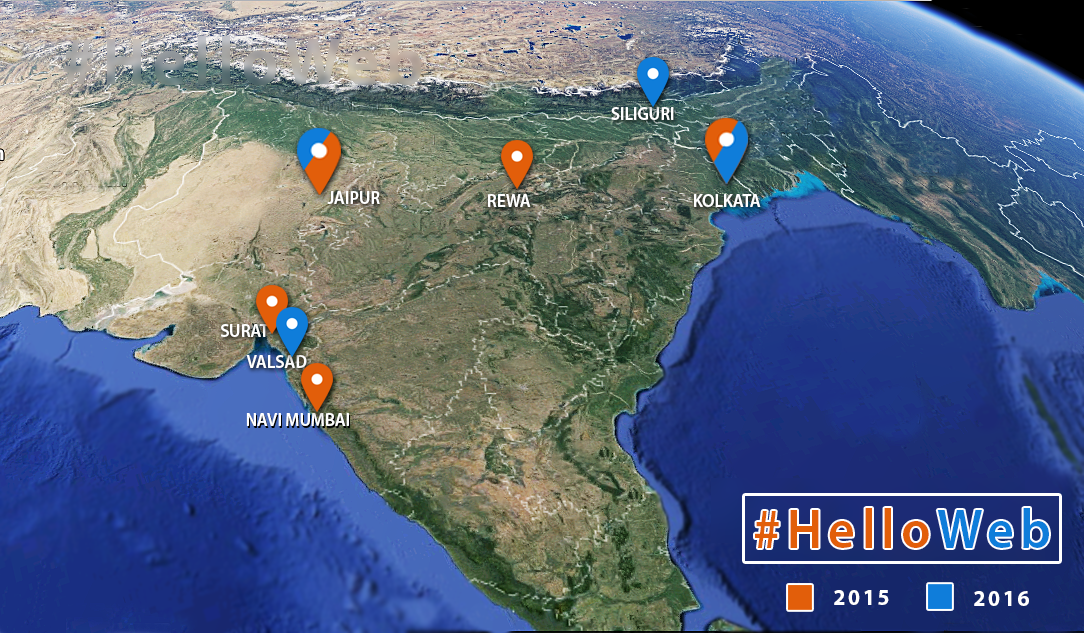 On June 17th, they had the first installment of the web literacy campaign. I was pretty amazed to see Kolkata Bloggers volunteers from school and college levels also taking an active part, interacting with the children. Arjyak too volunteered and at that point in time, I was the happiest.

When Arkodyuti randomly demanded a cover photo at the middle of the night, I had to try my hands on design.

The other day, I volunteered myself trying my hands in teaching Google Drive, Dropbox, and collaboration tools to the slightly elderly lot in the HOPE Foundation. At the start, I was terrified because I was expected to speak in Hindi. I met two guys who are now studying B.Com but had learned blogging and basic PHP codes by themselves. That amazed me as well.

The buzz generated by the young bloggers enthused other young minds from related circles to take either this up or organize similar web literacy campaigns. It enthused The Times of India as well, who covered it after quite some interrogation (link). Slowly before the impact could fade, the initiative was featured in Mozilla Community Spotlight (link). 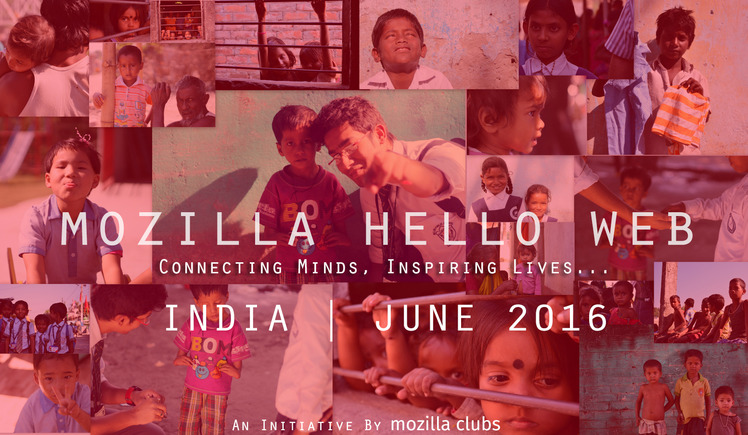 Arkodyuti was very excited and told me that he is the first Mozilla India contributor who got recognized in this way. I am not knowledgeable enough to appreciate how big this achievement is. But the smile on his face made my day. An elder brother can not ask for more.

I appreciate and would like to take the privilege in conveying my heartfelt gratitude to Rukshana Kapadia (Operations Head, Switz Food who owns Mio Amore, previously known as Monginis), Rahul Jhunjhunwala (owner, Source Kart), Jhimli Mukherjee Pandey (Senior Assistant Editor, The Times of India Kolkata) for having generously responded to my invitation to collaborate. I’ll always remain indebted.

I would also like to thank my Kolkata Bloggers team for their enthusiasm, my friends in different parts of India to take it up voluntarily and talk about it in related circles. Next time, if The Almighty wishes, we can do it in with grandeur, more resources and add more value to the ecosystem.

After a certain period of time, no one would remember one Anirban or Arkodyuti or even Mozilla. They’d remember the value they’d receive. In their smiles and all good wishes, we’ll stay.