If last Sunday saw 37 bloggers from varied genres and age groups come meet to exchange views, the Monday next saw 10 professional digital content creators being invited to the  Consul General of the United States of America’s residence to discuss about digital media and the social media trends in Kolkata! Both discussions were riveting to say the least and I thoroughly enjoyed both, equally.

The Kolkata Bloggers Meet last Sunday, was least promoted by the admins and more by the eminent members of the group who had roped in their friends. It was a surprise to see bloggers as young as 15 years of age interact with professionals, stalwarts, social media professionals and passionate bloggers. We had PR representatives from top communication firms in the region who also took part in the discussion.

The discussion started with Dr. Pranab Chatterjee’s (Medical Blogger) question of overcoming “a bloggers block” and continued to discuss content generation, distribution, ethics of reader engagement, basic SEO. We briefly discussed the other initiatives from Kolkata Bloggers like “Tales to Tell”, “Travel in West Bengal” and a national bloggers portal. The discussion continued for more than an hour after it officially got over. 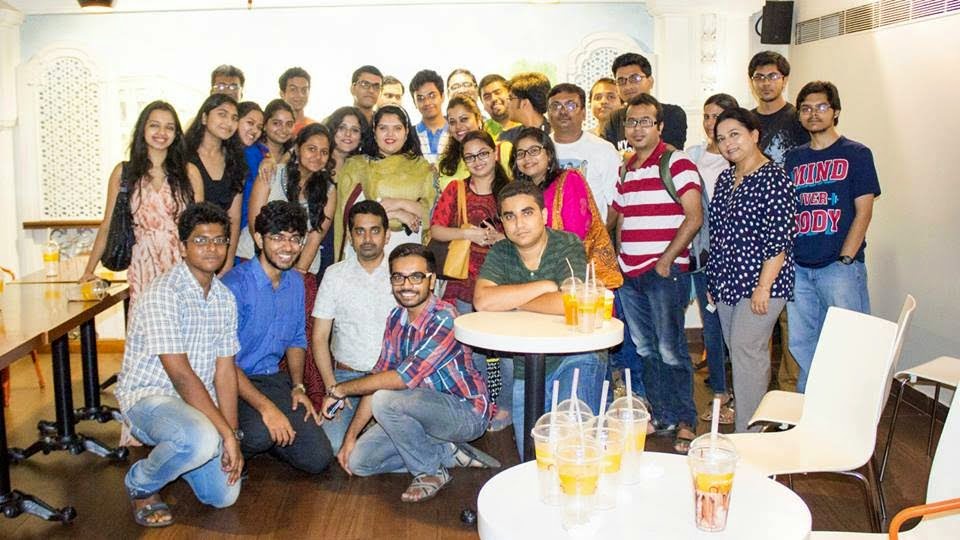 I would be interested to conduct a photography workshop for bloggers and a bloggers workshop for new comers. I believe that is the immediate next step that should be.

Discussion at US Consul Gen’s residence.

Quite to my surprise, Kolkata Bloggers’ admin (Arjyak and myself) were invited to the residence of the Consul general of the United States of America along with  representatives from traditional print media (newspapers), a popular Bengali news channel, News agency journalist, radio FM and an advertisement agency. We thank them for showing the confidence in us. The Consul General Ms Helen LaFave is an extraordinarily humble host. I did not expect her to be so warm and welcoming. Although the discussion in general was informal and has no actionable points to mention, we enjoyed every bit of the discussion. We discussed how each of us use the digital media for idea generation, ethics and responsibilities of blogging, a subtle brand building and maintenance, content generation, increasing our reach and it’s quantifiable impact. We also discussed the way Kolkata youth is slightly behind most other metropolitan cities in India, its pros and cons.

It was very interesting to me as I had theoretically known how the radio and the news agencies use the social media to connect to their audience. But to hear it from the professionals, citing examples and numbers had a better impact. There were instances where a section alleged attributes to Calcutta, while Arjyak just murmured aloud “Which generation is he talking about?”. The youth of Calcutta has a lot to offer, if only they feel they should offer and there is no denying it. It was a lovely discussion and I spoke after a long time.
We would like to thank members Ms Helen LaFave for having invited us, Ipshita Nandi Banerjee for considering us good enough to be represented, the other members for their charm and hospitality. 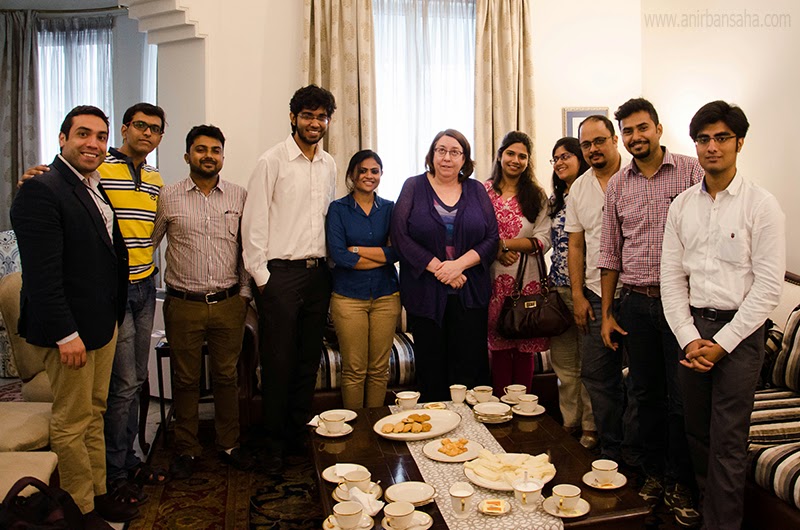 We were thrilled when Erica and Ipshita approached us and offered us space for the next bloggers workshop. Fingers crossed, we’re looking forward to it.