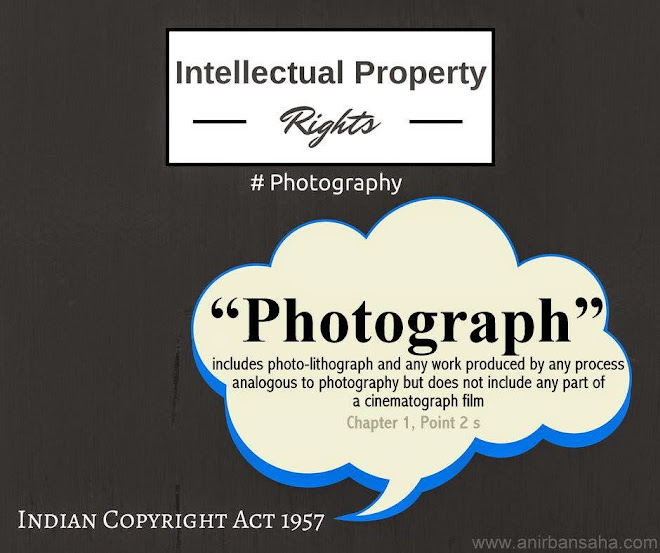 From forwarding SMS’s to sharing content over the social media, we seem to be in a habit of copying content from one and publishing it from our profiles. This is scarily taken to the next level when the advertisement makers, “copy” photographs from the internet and use them while making advertisements.

Why is this scary? The advertisement maker, who designs the advertisement, is heavily paid for it. All s/he does, is to search, download, Photoshop and use. Not consulting the photographer or seeking permission. This is as good as stealing. In legal terms this is the theft of Intellectual property*.

Not only is the advertiser depriving the photographer of the money, which the photographer requires for a decent living and pursuing better photography, he is also promoting the idea of stealing and in my very honest opinion – killing the work culture and the enthusiasm an experienced photographer should have.

My primary source of income is not photography. Even then I feel terrible when I see my photograph stolen and made into government advertisements, book / magazine cover or a political party’s mass greetings card.

Picture this: You invest quite a good amount of time to understand, learn and master a technique and someone simply steals it without mentioning your name. How would you feel?

For example, the Tagore light painting: It took me around 3 hours of constant practice in the Dark room, painting in the air with the torch. One fine evening, a friend of mine informed me – it is printed in a big hoarding near Nandan. When I rushed there to see it, I saw my watermark was removed and it had become the face of an entire festival organized by a reputed theatre group. The festival was inaugurated by the then West Bengal Education minister. 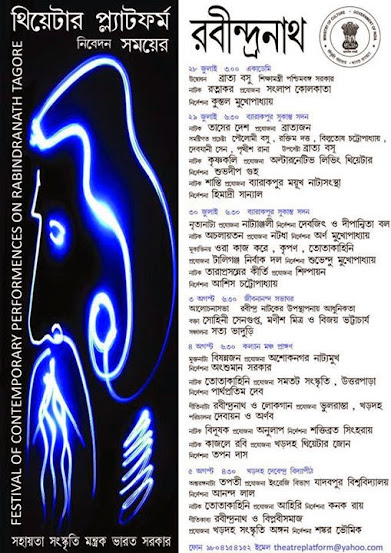 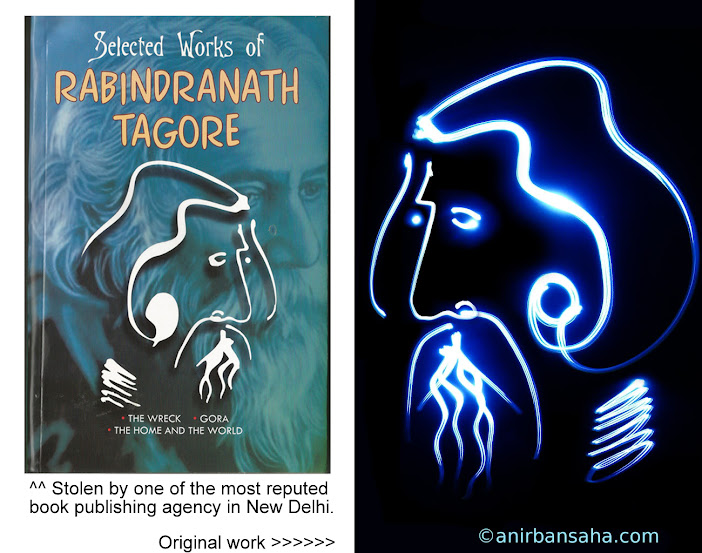 Now picture this: You go to an unknown place just to discover the purest form of Baul music. You spend money seeking required permissions, paying performers, taking all related risks and doing the running around. One afternoon a friend tells me over WhatsApp, that it has been stolen and used in the State Government’s advertisement. 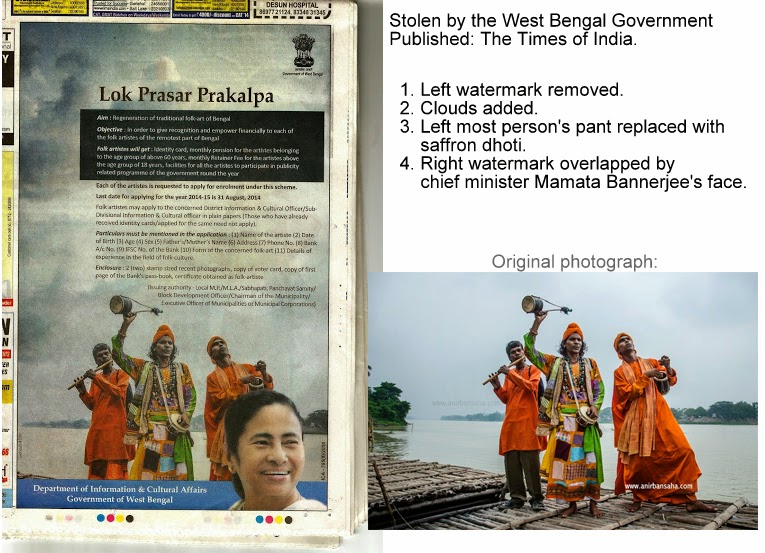 My photographs have been stolen otherwise as well by state BJP, a magazine in Sri Lanka, a website in Dhaka. (I am not listing all) 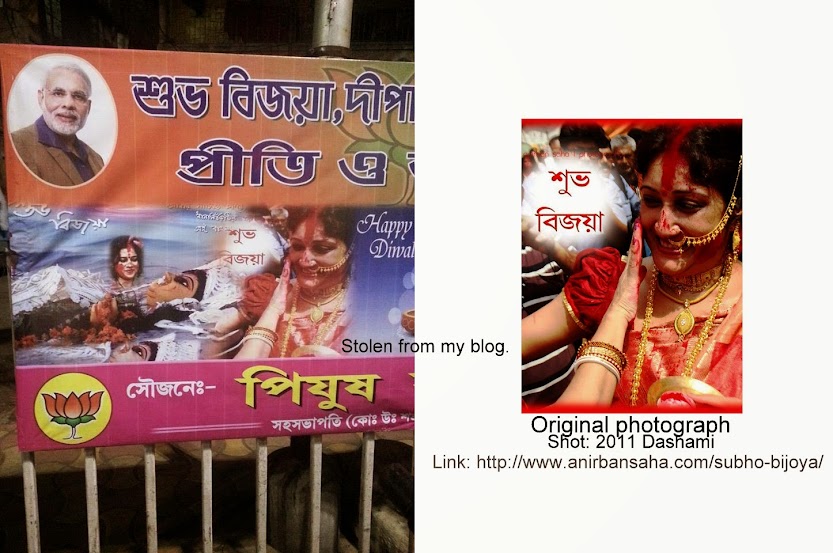 Let me share a stray incident, which I forgot to mention while drafting this blogpost.

According to me, this is slightly more shameful and scary. 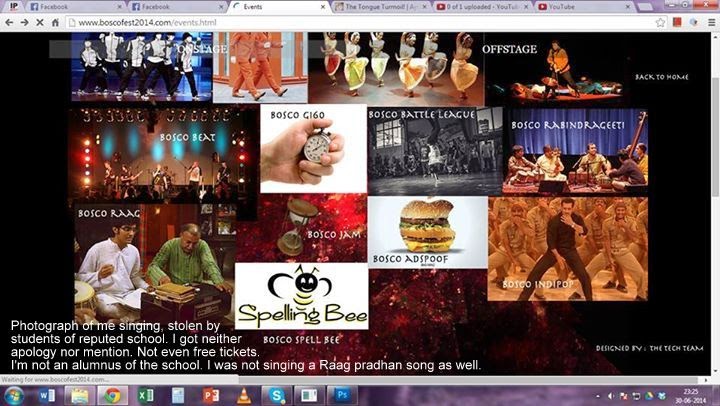 This is the official website of one of the most reputed boys school in Kolkata, listed in India’s Top 10 Boys schools this year. They searched over the internet, took my photograph, used it. After having informed, they showed neither any sense of apology nor regret. Not even a personal message whatsoever. It is designed by school kids of class 10 – 12 and I took it lightly considering them kids. Today I ask, if this is not the age to build ethics, when shall it be appropriate? I do not expect students of reputed schools to steal and I’ll be honest about it.

We artists, invest our time to learn and execute the art form. If someone steals our work, we feel more deprived. Not always do we require money in exchange of the work but our pleasure lies in the mention of our name along with the piece of art.

Each time someone downloads music illegally, e.g. – an Indian classical music CD (since I know a few musicians closely), you are depriving him of money. He needs money to survive and pursue his music to create further music. We photographers need money to buy better gears & better photographs. And if not gears, we require money for basic survival. So each time you are illegally downloading and using something, remember – you are pushing someone to death, very slowly and mercilessly.

Can legal action be taken? The answer is yes, if proven. If it is online, it can be taken down after a police report. But if it is offline, the case becomes more credible and easy to prove. 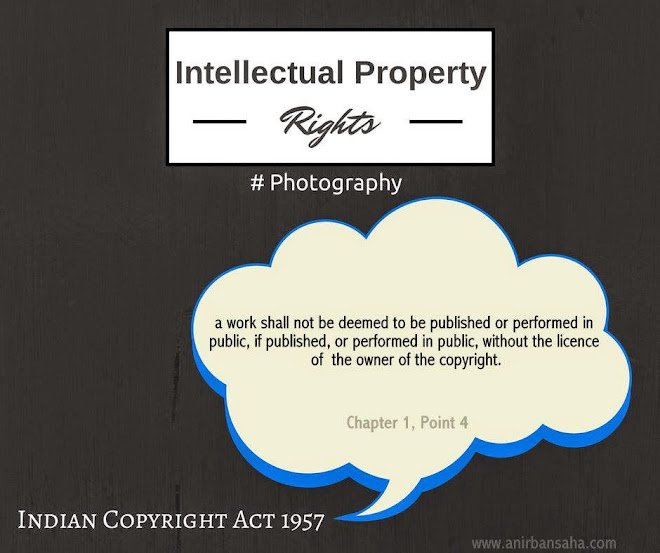 Check a few graphics I made for the Indian Copyright Act, 1957.

There are a few people who contest the thought. In a way, they support plagiarism. A friend of mine once told: in this age of social media, there should not be strict copyright laws as the content is up on public display. Another much respected elder said that she and her company often do that. She does not see any harm in it, as it is open to be accessed. To me, this logic is as credible as this: “She is raped because she wore short clothes; she is raped because she was alone on the streets.”

I am not sure about other photographers. But as I keep blogging, my reach will only increase making my photographs easily discoverable over the search engine and open to stealing. I put my email address and phone number along with the blog post where I publish the photograph. If someone wants it, might just give me a call seeking permission. I ask money only if I have invested money for the shot. Even if I have invested money, at times I do not charge money if I am approached properly with dignity. Example: Daricha foundation used my photographs of Tusu; Bengali Association of Greater Atlanta (BAGA) used my Tagore light painting. They were kind enough to seek permission. Not only did I allow them to use my photographs for free, we are in good terms now and share a bond of mutual respect.

Do I stop blogging? Perhaps, no, it is only because of blogging, a few brands like Harley Davidson, Rolling stone magazine had earlier approached me and now I am shooting for the social media promotion of another globally recognised clothing brand. I’m happy that there are people who are not as ignorant. 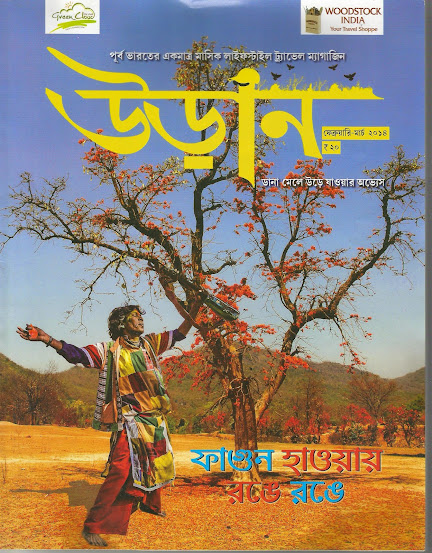 There is a some silver lining: Udaan Bengali travel magazine was in need of a photograph of Boshonto Utshob. They searched the internet and found a photograph from my blog shot by Pratyay Mukhopadhyay. They asked for permission from both me and Pratyay and the next month, the photograph became the cover photograph of the magazine.

The number of rapes however is not coming down in any parameter of statistics. Not that my blog post would change the photography thieves any drastically. But we can spread the awareness of intellectual property rights, share contact details of lawyers who have already fought similar cases. We should be more aware of safeguarding our creations and spreading the awareness to create a better world. Read about Indian Copyright Act 1957. More than the artists who still now are a minority, it is you readers who can make a difference. You need to be aware and spread the awareness.