Which places did you visit? Did you go to the seven sister falls?

We trekked. Yes. We walked all the way from Shillong to Cherrapunjee.

Oh wait! ..with this health?

It was fun. Trust me. Like Harshit says, there the clouds meet the caves.

Tell me about it !

I knew I went with two kids. But I did not know that they’ll go all mad when they touch water. There was this one place, where we had to open our shoes and cross a brook. They both started behaving like kids, dancing and jumping around. Well, even I jumped a bit… The camera hanging from my neck was such a scaring thought!

The entire place was spotted with small waterfalls, brooks and it was such a lovely walk. It was scary at times, specially when the river which we had to cross was more than knee deep.

On the other thoughts, that’s normal in Dum Dum Park during monsoons. Isn’t it?

How else do you think I behaved like a champ?

At the end of the trek, we were greeted by the clouds.. then we came a few kilometers to Sohra, hotel Sai-e-mika. That’s Cherrapunji.

The next was the Nongriat trek. There you have to climb down 3000+ steps and climb up the equal number of steps. You pass through a few villages, where the people won’t talk to you. They are busy collecting and packing wood for their livelihood. I met a guy of my age, who does not know what internet is. That explains how the place is, isn’t it?

The guide’s name was Paradise.. The kind of excellent memory I have, I thought his name was Panorama only to be given a stern look of disgust by him !

All I saw was the green and how the sunlight played with it. Trust me, climbing down 3000+ steps is not an easy task.. specially when they are not really all staircases. At times they were boulders, rocks often smeared with moss which made it extremely slippery.

I’ll be honest. I was tired after going down 2/3rd the distance. Then came the “Nongriat” sign.. a few steps up was a food stall. While going there, we came across a family of 4. 2 are kids, the eldest being 6 year old. The young boy is too young and I presumed it was cruel for the parents to make them walk so much!

Harshit soon discovered that the man is Gujarati (He spoke of Thepla!) and then we discovered the lady owns a company which approached me for freelance web writing in 2010. They passed their class 12 slightly before I was born and have been travelling across India since then. Both are based in Mumbai, while the lady hails from Kolkata. I was so amazed.. Even I would want my wife to share similar interests specially travelling and photography !
The moment we parted ways, Surrbhi exclaimed (in quite a high volume) “Mujhe bhi aise husband aur aise hi Bachhe chahiye.”.

This trek took us through many kind of bridges: The normal ones, the wooden one, the steel string hanging one and … the naturally formed single and double decker root bridge !
As I told, it was all green ! 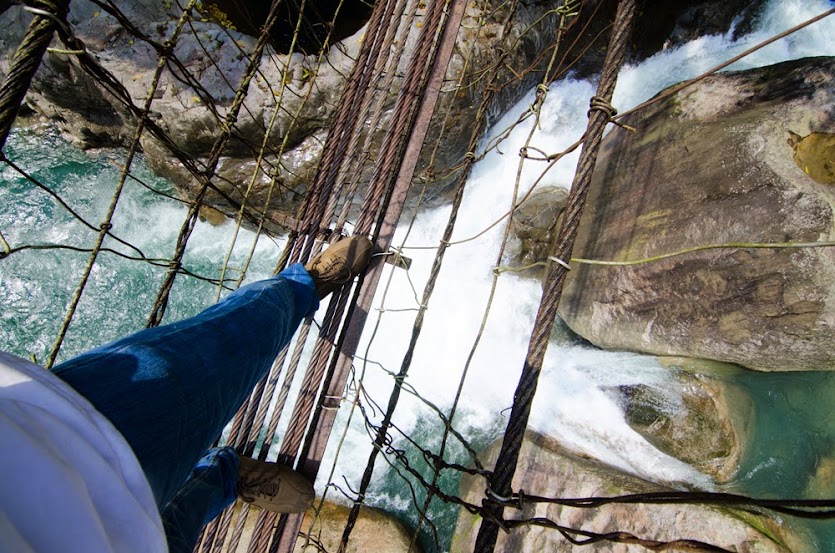 Long back the original inhabitants of this area, tied the roots of the trees and directed it’s growth. Over the years that has formed a bridge. Now whatever little space was left on the now ‘root bridge’ is filled with stones. With age, it is now a proper safe and strong bridge. Double Decker is because it has one above another ! See I shot Surrbhi and Harshit from the 1st floor of the bridge..

We played like mad, jumped, bathed in the water fall.. Harshit could also swim ! The water was cold, but I had anyway not taken a bath in the morning cold 😛 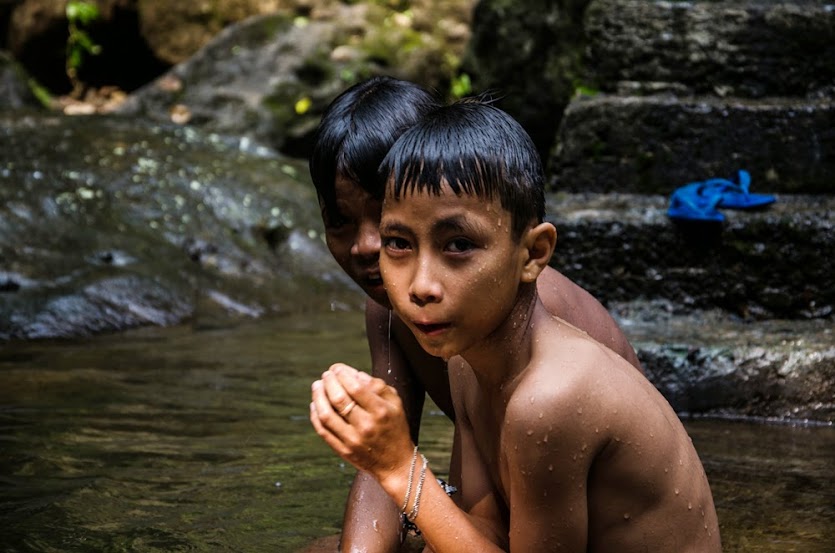 What about Mawlynnong? Tell me about that !

That’s the cleanest Asian village and I had finished shooting 32 GB of photographs. I indulged in shopping and buying wooden articles for my friends and my family.

But I can show you a few other photographs of people that I have shot..

It was a sunday and all people were dressed so beautifully and were going to the church. I wish I could photograph them. They are all so camera shy. 🙁 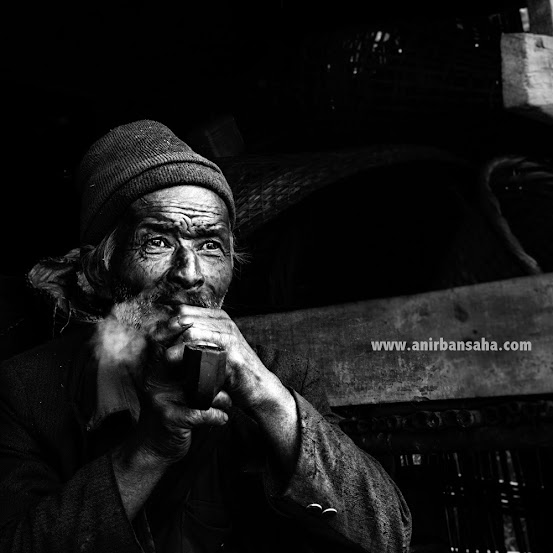 Hahahaha. And tell me about the caving?

Oh you should check this blogpost out – Caving in Meghalaya.