“The towers of reverie are meant to be followed”

That’s what Souradeep thought when he got his first camera back in his class 9. Since then his first love has been this piece of novelty and innovation. Revolting his way out from traditional studies, he is now a photojournalist in one of Asia’s leading photography magazines.

Not only him, this generation today is exposed to the media and the internet boom where the  glamour of the entertainment world drives them to pursue their career in creative fields. Media is no longer restricted to journalism and news reading.Today, it not only deals with Print Journalism but also with all forms of visual and audio media. Thus, communicating with the masses form an integral part of Media Studies. Visual media has somehow taken over the world with live telecasts, illustrations, videos, chat shows, street plays and of course films, whereas audio media is also in the race with a huge number of youngsters applying to radio stations.

Media studies today is one of the most sought after educational paths.

Talking about creativity, Bengal never falls short of creative talent. When we say this, we do not only mean Rabindranath Tagore, Pandit Ravi Shankar or Satyajit Ray. When the engineer turned musician Anupam Roy creates music for Piku, he inspires a million others to find courage and think beyond engineering or chartered accountancy. When Bedabrata Pain releases “Chittagong” and makes the entire world stand up to the NASA scientist’s filmmaking abilities – he inspires a lot of the youth back home.

The easy availability of the internet, lowered costs of camera and other electronic gadgets have only let younger people explore these, during their school life.

While Arnab (student, NSHM) was introduced to different kinds of films at quite an early age, Rimbik who was more into sketching, started watching movies during the last years of his school life, courtesy – torrents. He is a second year student of multimedia in St Xaviers College, very recently he has won his professor’s heart  by the stop motion video, he had to make for his assignment. His senior in Xaviers, Madhurai who shares the same passion for sketching with him, wanted to do something different from English honours. However, Tiasha (student, Lady Brabourne College) was not very sure of the prospects of multimedia and chose to study English honours. She later did a photography course and aims to get into FTII, Pune for her further studies. 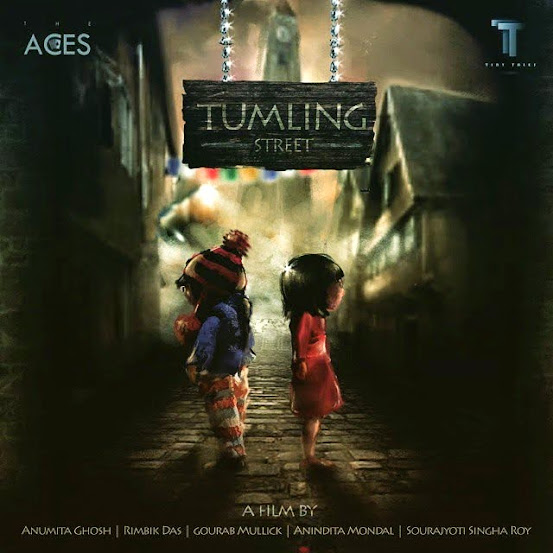 “The students from Calcutta are actually more creative than the rest of India.” exclaims Akhil Paul (CEO, Mayabious Art). Mayabious Art is one of the fastest growing animation companies working for corporates in India and abroad. But soon he adds, “But they are slightly not focussed. Yes, they often sit for banking exams while trying to pursue a career in these fields.”

I wondered that might be the case because Kolkata might not be offering good work opportunities here. “It is not very tough to get a job in Calcutta”, says Roddur who works as an illustrator for the leading Bengali newspaper. After graduating from the Government College of Arts and Crafts, he joined an advertising agency only to discover that creating concepts under pressure and within time limits is not his cup of tea. “The transition was easy”, he said. “It’s easy to get placed in any city and Kolkata has big companies”, adds Rudrarka who is now working in a Bangalore based startup. He had previously joined Sree Venkatesh Films after his graduation from NSHM school of media and communication. Upamanyu who did his course of product design from JJ School of Arts, Mumbai and later in IIT Mumbai is an entrepreneur. Most of his clients are from outside India. “Kolkata clients pay slightly less and it offers me an opportunity to travel as well”. Madhurai who is currently working for Femina feels getting placed is easy if one is very good. “I interned with The Times of India and later got a call from Femina. I work as a photographer.” Rudrarka adds, “One should also keep a healthy presence on social media platforms. For young film makers, YouTube can be a very useful tool to promote oneself. I got my current job after my profile got shortlisted over Linkedin. It helps.”

“If one gets promoted to a very senior position in the organisation, one might not wish to come back to Kolkata. Kolkata might not pay as much.” adds Akhil Paul. A student from MAAC who did not want to be named, informed me that not many people get placement from the institute, while another student said only 3 out of 25 students from the current iLead’s batch got jobs till now. Ruchi who has completed her animation courses last year says “One should become an entrepreneur. There is a lot of demand.”

I asked each one of them about the colleges in Kolkata, a young person should aspire to get into. “Since it is more of a portfolio based job role anywhere in media, the college should have a very good infrastructure, good intern ship opportunities, flexible authorities and yes, good teachers.” says Deeptish (Student, NICC Bangalore). Shilpa who is a student of iLead is pretty satisfied with the infrastructure and the professor’s guidance when a student wanted to take up a live project outside college. Very recently she was a part of two major projects – CHC Ahmedabad Heritage Projects and Mahavir Seva Sadan Documentary projects.

Do let me know if I have missed out of any college that should be added. Leave a comment!

Just getting into a college would not help. Sreeman Pal (Freelance VFX artist) told me how he has seen a few of his friends take up graphics as their subject of specialisation, although their passion was in storyboarding. When I personally took it up and asked different class 12 passouts aspiring to get into media related studies, they did seem slightly confused. They are all talented and very creative. But they require counselling that would show them the career path they should choose.

“I wanted a creative field. So I took up film making.”
“But as a child did you like movies much? Why not animation, photography or mass communication?”
They laughed it off.

A professor finds only 10 – 12 % of the students know exactly why they took up the subject and are extremely dedicated to it. Well yes, we require more awareness camps, workshops and industry-academia interactions here in Kolkata, specially for the young minds where they could come and meet different colleges and interact with established personalities in the field of media.

One such event is coming up in Kolkata. That’s “The Edutainment Show 2015”. It thrills me to tell my friends about it, specially after their class 12 results when they are entering their college life.

It is one-of-its-kind concept in the world of Media, Communication and Design. Since its launch in 2013 in Mumbai, ‘The Edutainment Show’ is a two day long seminar where aspirants  can meet and interact with industry experts and explore the wide career options in Media.”, said Sneha Maloo who is collaborating with Event Capital to conduct Edutainment show in Kolkata.

The Edutainment Show 2015 is scheduled on 30th and the 31st of May, at Park Hotel (Park Street, Kolkata). The different participant colleges include Amity University, iLead, NSHM, CMI, Whistling Woods International, Symbiosis and all major colleges. Kolkata Bloggers is one of the partners in organising this event. The speakers list include – Harsh Neotia, Suhel Seth, Raghu Ram, Prahlad Kakkar, Goutam Ghosh, Boria Majumdar, Utsav Parekh, Jimmy Tangri, umm yours truly and many others.

The Edutainment Show, Kolkata. I would personally like to invite every young aspirant to be a part of it.

One can register themselves at www.mediadesignedu.com or call them on 7718876482.

Media studies lure many who had previously taken up Science and then did their engineering as a part of tradition. The blogger speaking to you is one of them. If you are one of them, drop in.

“There will be phases where one are bound by circumstances. But one should always listen to his heart” said Kenneth Cyrus while signing off. He was an employee of Infosys before qualifying for SRFTI, Kolkata.

Please drop a very honest comment about this blog post along with your views on media studies in Kolkata. Signing off.