Last week, the room in Taj Bengal was packed, all eagerly waiting for Chef Kunal Kapur and Soha Ali Khan to launch the Magnum ice creams in Kolkata. While waiting with bated breaths, I sipped water from the glass. Magnum is yet another addition to the sweetness of the city’s culinary delights.

Bengalis have forever been in a love affair with sweets. The very mention of the word “Mishti” (sweet) invokes a hundred million positive sensations in the Bengali heart. Bengal, after all, is the birthplace of the Rosogolla, Mishti doi, Shondesh amongst others. And the love for food here does not just stop with a sweet tooth. Bengal boasts of a delectable variant in any food category. Famously known as the land of fish, our cuisine consists of dishes made from almost every ingredient available in the country, with a generous dash of those unparalleled spices that have changed international relations in times past.

Talking of international relations, Calcutta now has a firm place in the heart of the World’s culinary map. Last month, IIHM Kolkata hosted the International Young Chef Olympiad, supported by the Government of India and the Bengal state Government. It saw participation from 15 countries, from which Malaysia won the first coveted title. 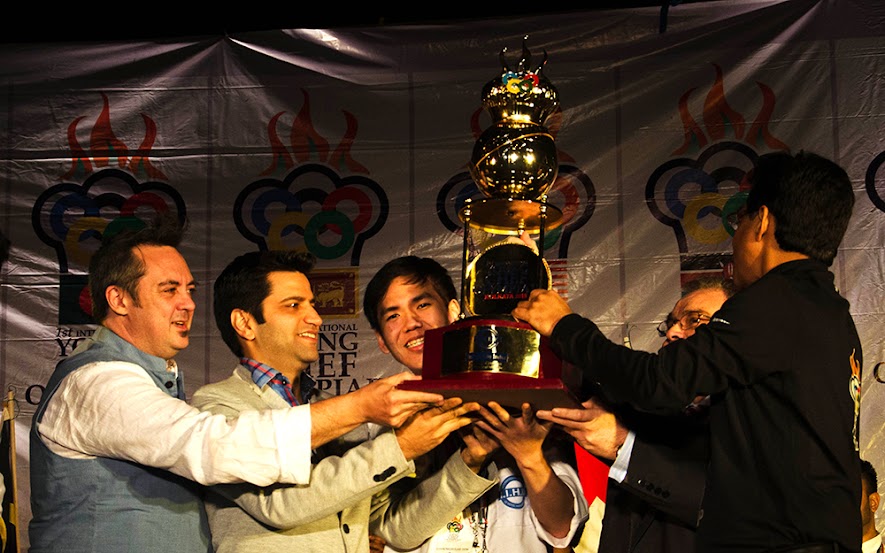 By this time, the entire hall broke into a thunderous applause as Soha Ali Khan walked in and joined the master chef. Chef Kunal went on to discuss his favourite Bengali sweet cuisines! And guess what? They discussed how to judge a chocolate and the difference between the different varieties of it.. with samples. We were the privileged few to taste the Magnum ice creams, and the host there was very quick in asking us to note the first crackling sound!

Magnum ice creams will now be available at major stores in Kolkata, from March 1st. Only 3 flavours but then again it is quite good to start with!

When you notice a non foodie like me, going crazy over food, you know that these events are doing something really right. If you want to be a part, you should stay in strict touch with Kolkata Bloggers. So loosen your straps, give your tummy some more space… breathe in, relax.. we have for you, Magnum, Mishti and more.