Kolkata – the city of changing skyline, the city of changing perceptions. Kolkata is the city, I have consciously chosen to live in and this is not a blog post that will speak about how big the heart of Kolkata is. It definitely is big and that is why I chose, not to shift to any other city in India although it might have offered to me, better job profile and more money. It’s about a slightly newer and different movement to promote Kolkata on the ground level, by engaging active people on social media, particularly bloggers.

Derek O’Brien, now Member of Parliament from West Bengal had invited bloggers and people active on social media. Agnivo, who works for him had outsourced a part of the work to me. It was a sheer pleasure to have accepted it on Kolkata Bloggers’ behalf. Other guests included Aninda Das (former NASSCOM associate), RJ Arvind (Radio One), Sumana di. They were the ones who first formulated “Brand Bengal” in digital sphere when I was possibly graduating from college. The kind of Bengali chauvinist that I am, I am just a promoter of the cause. And today was the day, we met Derek O’Brien.

People of my age, worships him not as the West Bengal MP, but as the person who kept us hooked to the TV sets, conducting enthralling quizzes. For us, it is an entirely different connection with him. As a student of St. Paul’s Mission School, I often day dreamt of working with him. Given this opportunity, I wanted to give the best we could offer.

Of the 10 seats we had, 8 are Bloggers. One is a teacher, a few students of different engineering and management fields, 2 are entrepreneurs. Rangan da and I are simply photo-bloggers. I believe Derek liked the idea and somewhere seated right in front of him – I was one happy person smiling!

Four issues were taken up from the discussions we had while introducing ourselves. It ranged from safety to primary education in municipal schools. When asked to add few more to the list, I added the lack of communication in promotion of Bengal. 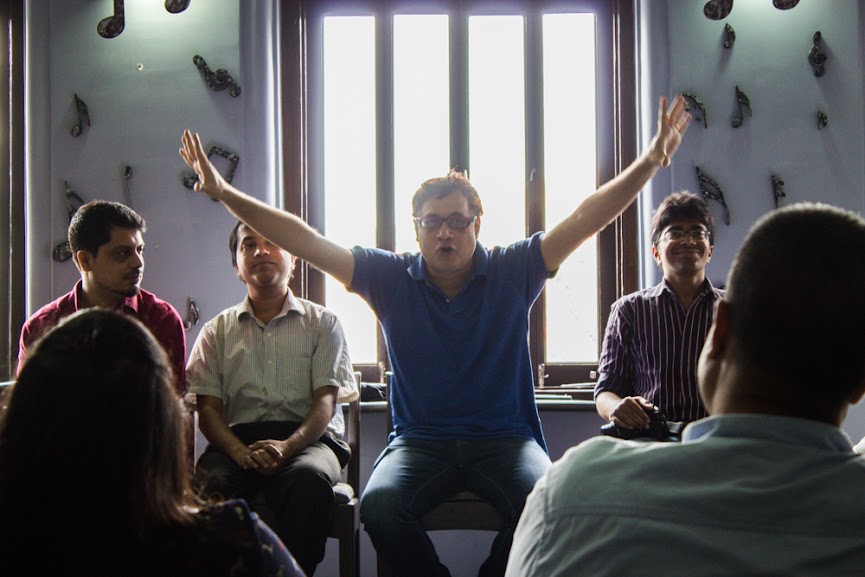 Each issue formed a vertical and the group of 22 ardent Kolkata lovers formed groups and ideas of addressing each of them were nurtured. And this shall be a 2 month exercise for now. Each vertical is headed by the person who brought it up, so I will be coordinating the communications part of the entire initiative.

There is a reason why I pointed out the communication or the lack of it, to the larger audience. I meet a lot of people of different age groups and professions, interact to know them. In the last 3 years of my life, I have seen such wonderful inspirational stories being created that never got shared. Such stories can form the Brand Bengal we all aim to make.

How often have you heard a sitting Member of Parliament conducting Blogger engagement programme and engaging them in a brain storming session?  It is not about the ruling party. It is not even about the present state government. There is something special about this person.  Somewhere iconic because he was one of the firsts to use Twitter to communicate and is such a passionate blogger himself. Ironically, this MP is from the state whose iconic former chief minister opposed the use of computers and the spread of the language of English.

Today this is the story I offer to my readers – a politician finding time to interact, brain storm and accept ideas from bloggers and people active on the social media. But never did he talk about politics or promote the party he belongs to. Had he not stressed on few issues, we would have never known the kind of issues faced in implementing ideas.

Such interactions are necessary and Kolkata Bloggers is happy to have helped even in the smallest possible way.
Leaving you with few photographs of the event shot by Soupayan Dutta and me. Do give your honest opinion about this blogpost as a comment.

While in the interaction Rangan Datta speaks. 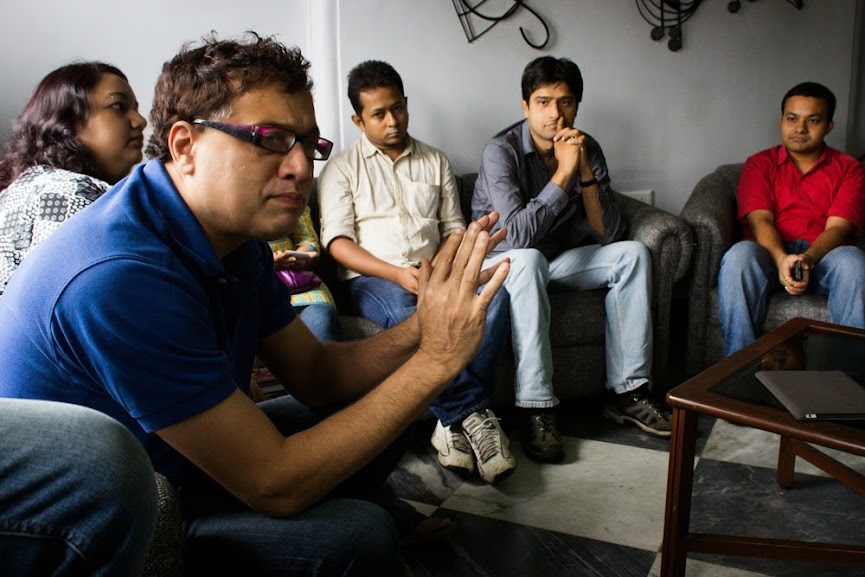