Kolkata- the city which is always politically active, lawfully correct and hideously simple. This perhaps is the place where everyone plans strategy, plays strategy games… few in situations you would never expect them. I was inside one of the gully’s (by-lanes’) of Kumartuli when I found 2 , hopefully idol makers, were playing chess. They might have lost their chess board. What they did was paint black n white squares behind a wooden sheet, and was comfortably and very ably playing it. I was surprised. I never expected two workers playing chess, in the middle of the street, perhaps right after their lunch.

Please leave for me a review of this photograph. Tell me, what I could have added more to the frame.. and criticise. 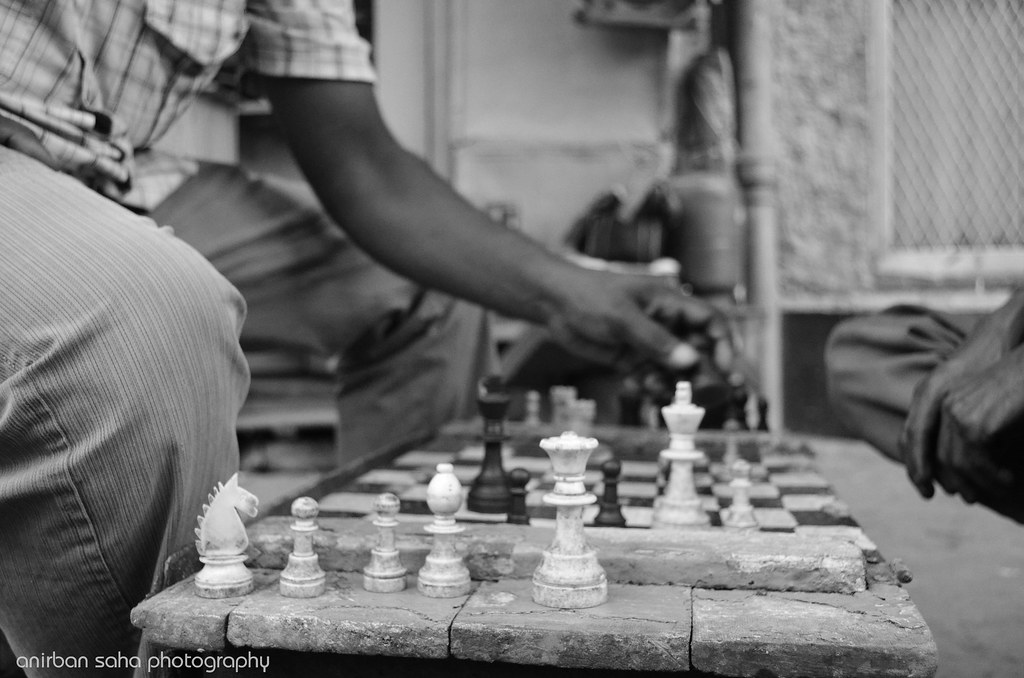