For Tagore, looking back at events create a beautiful image of itself, which he perceived as a beautiful painting (ref: Jibon Smriti Chapter 1) When I look back, at the last 2 days I spent in Nabadwip and Mayapur Iskon, it perhaps is as good as a painting. It comes to my mind as one good and cherish-able painting that the artist inside me have immortalised. You can read the translated chapter 1 of Jibon Smriti here.

Rash comes from the word “Ras” which means the sweet juice. The Rash utsav is celebrated to celebrate love and union of Lord Krishna with his Gopis. In Bhagawat Purana it is expressed as “Rash lila”. Ohkay, no more of boring information about it… and straight to my experience.  I shall divide the experience into two halves. One of Nabadwip and the other of Mayapur. 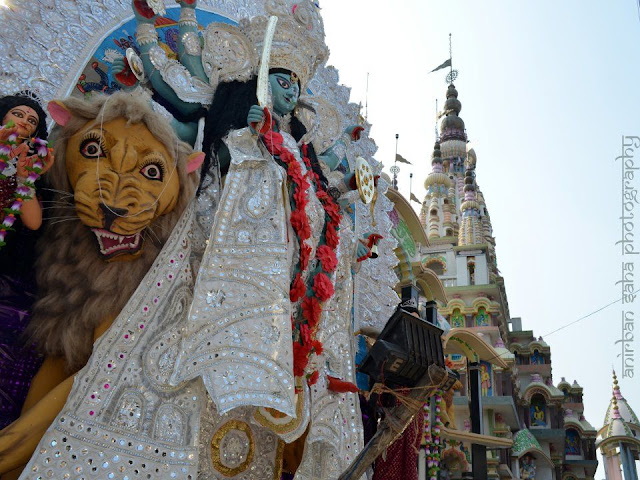 Nabadwip experience: Well, what apparently shows is not that light… and before you ask me what crap I just spoke, let me clarify. Apparently you see, people making pandals, and worshipping Maa Durga, Maa Kali, Shiv ji, Maa Anna purna..and perhaps every possible Hindu and Christian deity. It is explained by one of the monks there as being “Gupto-Brindaban” or the hidden brindaban. It is said, no one comes back from Bindraban, as they unify with the Almighty. In mortal terms, they die. Krishna is found in all forms of God, so all forms of Gods and Goddesses are worshiped in this time. During this time, all rooms in all hotels are booked, but everyone stays on the streets singing, dancing… or watching people do so. They get intoxicated publicly, flirt publicly… even does rampage but alls forgiven. Its weird to see such an unruly festival of “peace”. Seeing Nabadwips infrastructure one would mock me while I say, its one of the most important historical places in India. 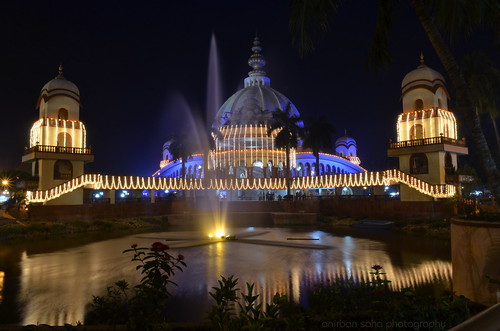 Mayapur Iskon experience: Having found no room and space in Nabadwip, we made way to Mayapur. It is iconic in Vaishnav dharma cult. It is famous for its Iskon temple and for being a place of Sri Sri Chaitanya Debs’ place of deliverance. I witnessed the procession of the Iskon temple, which for the occasion of Rash was made special. There were people who were singing the hymns, then the idols of Krishna and Balaram on a pair of oxen, then a band of boys playing drums (I tell you, Its superb music!) and a procession of Kids welcoming the Lord by candles and lamps. Then at the end, there were a pair of elephants, with the Lord. 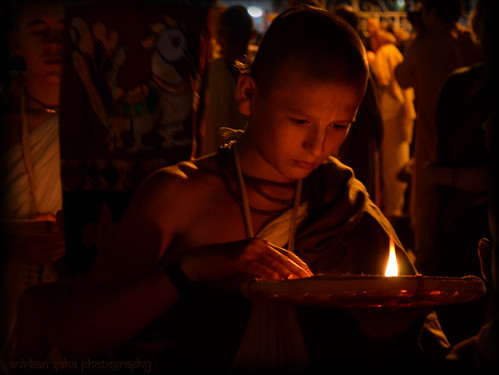 I have a habit of slipping into the middle of affairs, good or bad.. most of the times, its good for me.. here also, I started conversing with a white skinned devotee and surprisingly he helped me through all the things, and I became an integral part of the procession, kidding with people around exchanging smile… (spreading love, the krishna way!) …ohkay, later to be hushed away by a bengali devotee, for photography was prohibited! Guys, thats all for now, lets not make this post unnecessarily long… next year, visit it yourself and if you have visited it, do leave for me your experience!
Photograph : Anirban Saha Photography.