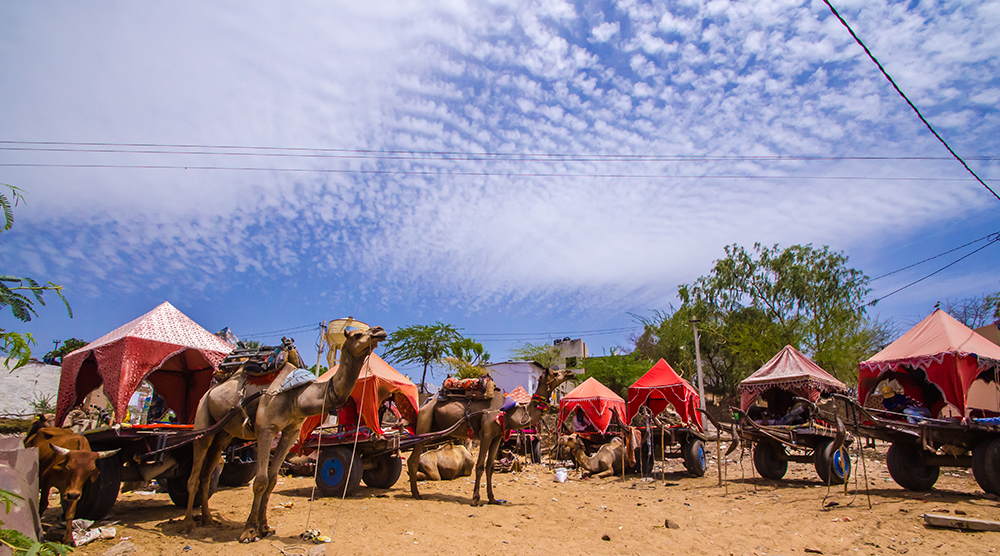 (Disclaimer: This post does not intend to hurt any religious sentiments of the practicing Hindus. This post is supported by statements made by the Priest in Brahma Temple, Pushkar and an actual court case.)

Who amongst us has not heard about God Brahma?
According to legends, God Brahma married a cowherd’s daughter to complete religious rituals because, his erstwhile wife, Savitri was late. Savitri deserted Brahma, went to the next hill top (Ratnagiri hill) and sat there. That is where the Savitri temple is today and the site of Damodar Ropeways.

But this discord has led to a funny episode in Indian religious ecosystem and the judiciary. What exactly happened? Let me break it down for you. 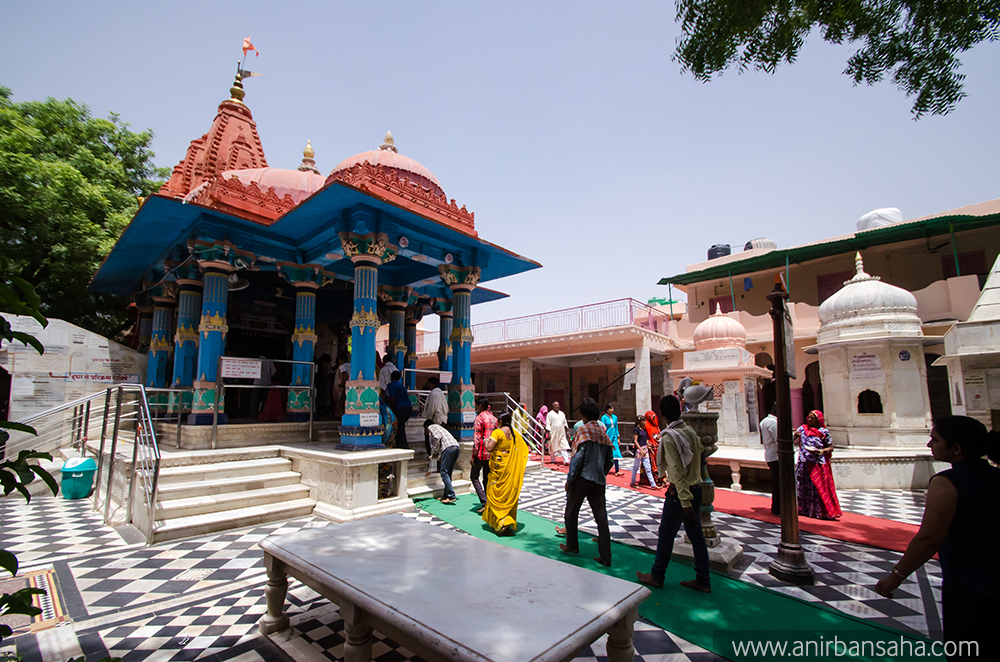 Thank you authorities of the Brahma Temple in Pushkar for allowing me to photograph inside the temple complex | www.anirbansaha.com

Once upon a time, the universe was created by the Hindu Trinity of Gods – The Brahma, The Vishnu and the Maheshwar (Shiva). Brahma was responsible for creating the universe, his sons include Manu, Daksha, and Narada. Manu was the first human, Daksha was the king who built societies and laid rules and discipline and Narada was ahem, let it be.

Once Brahma was searching for a place to perform rites when the lotus(Pushp) fell from his hand(Kar) on earth, water appeared and that became an ideal place to conduct the religious ritual. The ritual needed Brahma and his wife to be participating together. Narada, was responsible for calling Savitri, Brahma’s wife, and technically Narada’s mother. But Narada being Narada wanted a fight to happen. Although he knew fully, he neither expressed the importance nor the urgency of Savitri’s presence in the rites. Instead, he asked her to take more time. 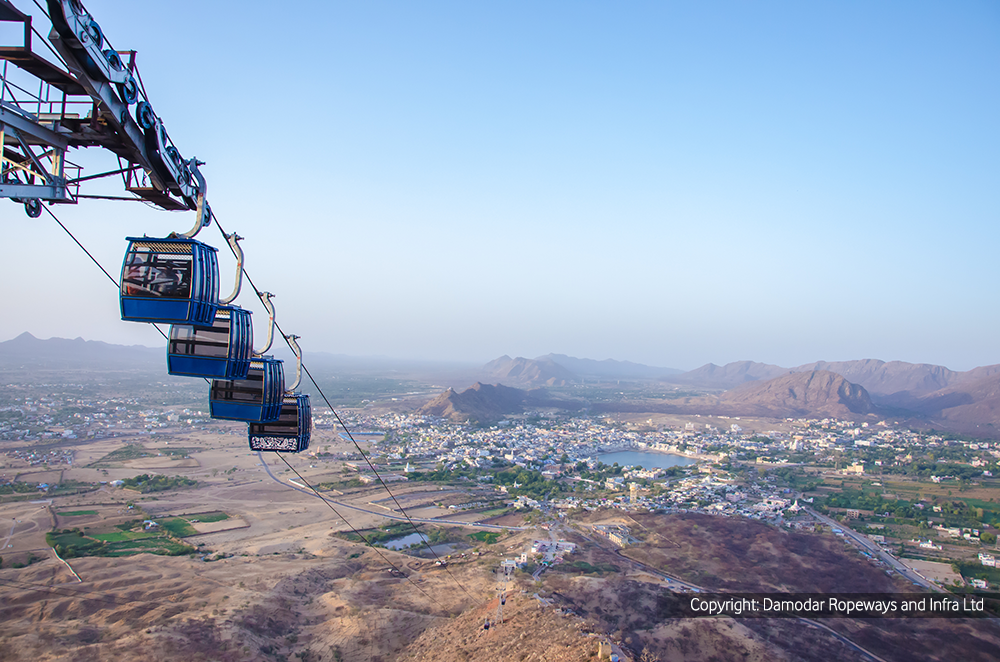 View of Pushkar from the Ropeway site at Savitri Temple, Pushkar

By the time Savitri reached the Yajna (religious ritual), Brahma had got himself another wife, Gayatri, a local cowherd’s daughter to complete the rites. Savitri cursed Brahma, restricting his worship to only Pushkar, deserted him and went off to the next hill. Brahma temple in Pushkar, still has Gayatri sitting beside him. If you take a peek outside the Brahma temple, you can very well see the Savitri Temple nearby. 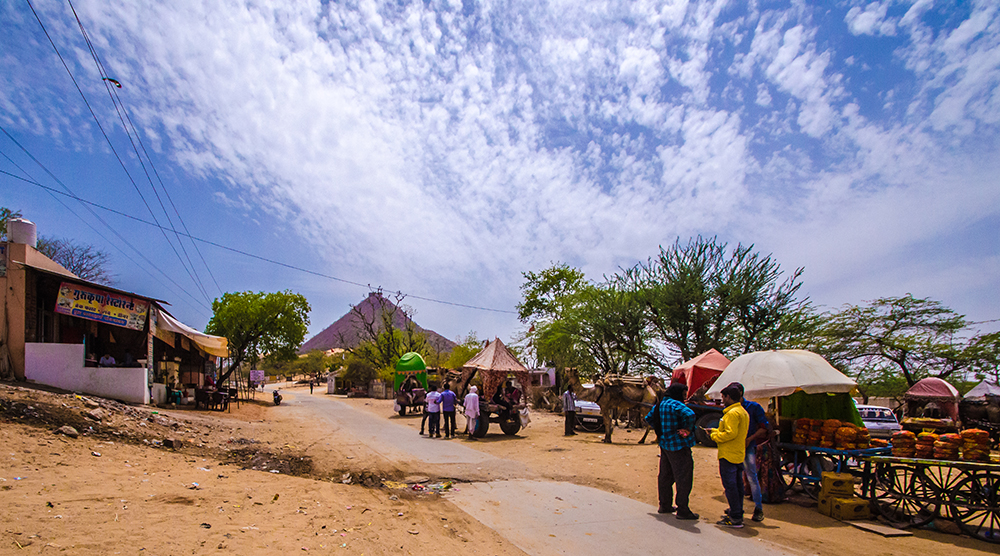 Ratnagiri Hill, on which Savitri sat when she was angry with Brahma.

Thousands of years later, the guardian of Brahma Temple felt Savitri is the rightful wife of Brahma and that he should be allowed to perform religious rites at the Savitri Temple five days a year. Furthermore, a part of the money generated there should be given to Brahma Temple funds. It is Brahma’s right on the dwelling of his wife.

While the former claim wasn’t very offensive to the guardian of the Savitri Temple, the latter was. The five days mentioned are the days of Pushkar Mela, the time that practically brings all the money and attention to the region. The Savitri Temple Guardian claimed that it was Brahma who should have waited for Savitri, he deserted and hurt Savitri. Brahma should instead pay alimony. And this became a court case. The court was in a fix, dismissed it numerous times on the ground that Hindu deities are idols, and according to Hindu law, are perpetual minors under the guardianship of the temple priest. Hence, no alimony.

The court case could be tracked back to several decades, the last talk of which was heard in 2011; often putting the court judges into embarrassing situations. When I read about it the first time, I convinced myself that this isn’t true. However, when I went to Pushkar to photograph the Damodar Ropeway site, I met the now head priest of the Brahma Temple who went on record to tell me what he feels. 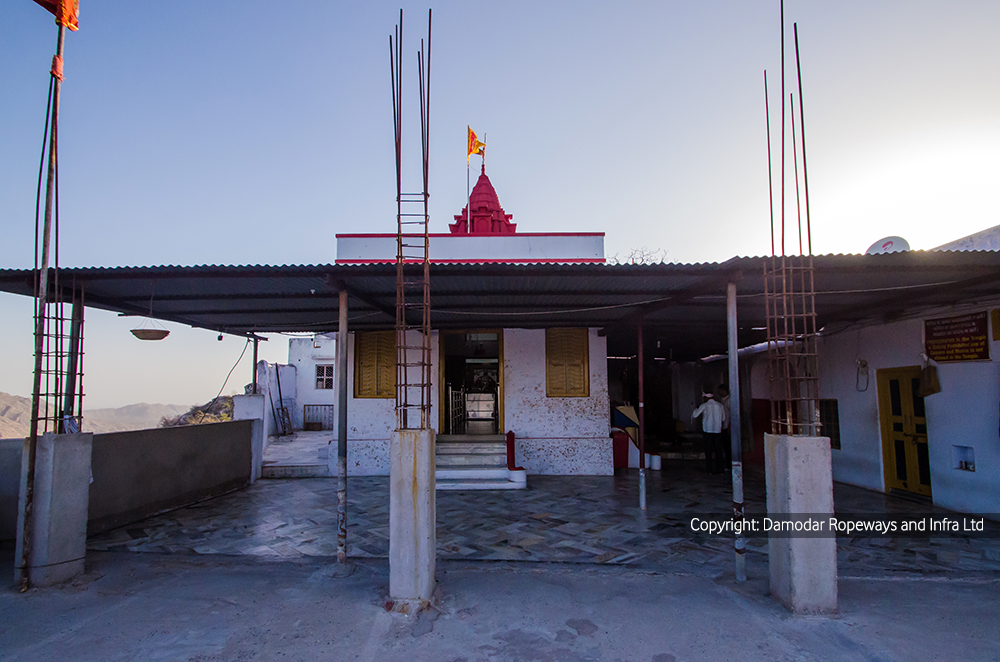 This is the Savitri Temple BTW.

However, I do not think that the Pushkar Temple is the only Brahma Temple in the world. A simple Google search query will return a couple of other Indian places where Brahma is worshiped. I so wish I could ask either Savitri or Brahma about what they felt. Tapasya, anyone?