Blogging about culture gives me enough opportunity to read, experience and learn. After I photographed the Chham dance in Sikkim, Buddhism has gradually formed a major aspect of my life and travel. I’ve always looked forward to the kindness in the conversation with the Lamas; have even picked up a thought or two from them. It is my privilege to experience and write about the Naropa Festival in Leh 2016. 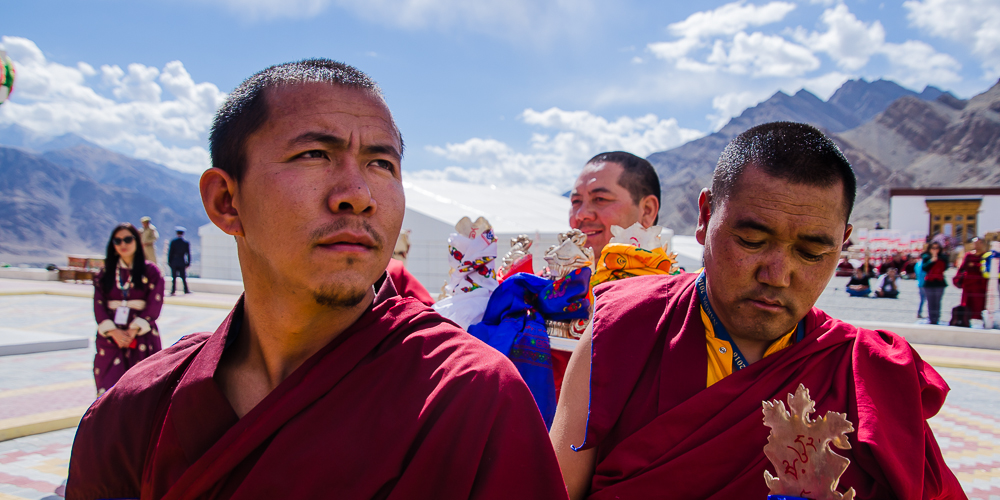 Different Buddhist philosophers have taught and preached about life, living and learning. Saint Naropa, had pioneered the thought of learning through experiences and infinite love. His thoughts have shaped up the Drukpa sect of Buddhism. For me, blogging is a manifestation of life, thus.

Naropa was a philosopher in the Nalanda University who moved to Ladakh a thousand years ago; gradually became one of the 84 MahaSiddhas (attained the highest levels of spiritual realisation) and one of the best teachers of Buddhism. Naropa Festival is a celebration of his life and teaching.

I’m in Leh to attend the Naropa festival which happens only once every twelve years and is often referred to as the Kumbh of the Himalayas. I’ve a little problem here – the Naropa as a festival does not need “Kumbh Mela” reference to brand itself. It in itself is a brand – this festival which happens near the Hemis Monastery of Ladakh attracts half a million people from across the globe to be a part of it. This isn’t restricted to Buddhist practises and religion.  There were songs, music and dance. Just without the food stalls, this appeared as a scaled up college festival. No one is complaining considering the current socio-political scenario in the valley. 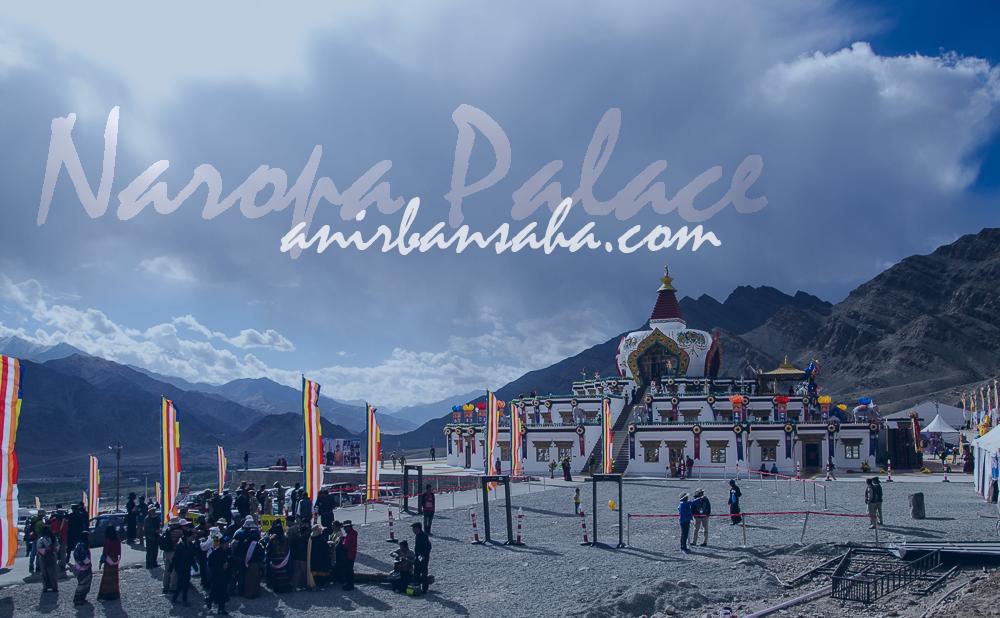 Where does it happen? Near Hemis Monastery, Leh.

Why should you visit? By the time you see this, you could only visit the next time during 2028. You should visit it for three main reasons:

How was my experience?

When a lady dropped me an email, my heart was filled with disbelief. “We want to contact bloggers from Kolkata and you are the best fit”, said the lady. “What is it about?”. “You’ll like it. Let me drop you an email.”

Please note: This was my first visit to any Himalayan state which is not Sikkim.

When I reached the Leh airport, I was welcomed by the Naropa Festival representatives. Along with me were CNN IBN reporters and in the waiting list I saw Siddhartha Joshi and Prasad’s name. Then came Piyali of the Times Group and I was asked to share my room with Kiran who is the chief reporter of the most distributed Kannada newspaper.

What’s acclimatising? Moments after reaching the hotel, Kiran and I made our way to the market, the Shanti Stupa and some incredible roadside Kabab.

The day next we went to the Naropa Palace; where all the action took place. The chief guests were His Holiness Gyalwang Drukpa and His Excellency (Governor) of the state of Jammu and Kashmir. 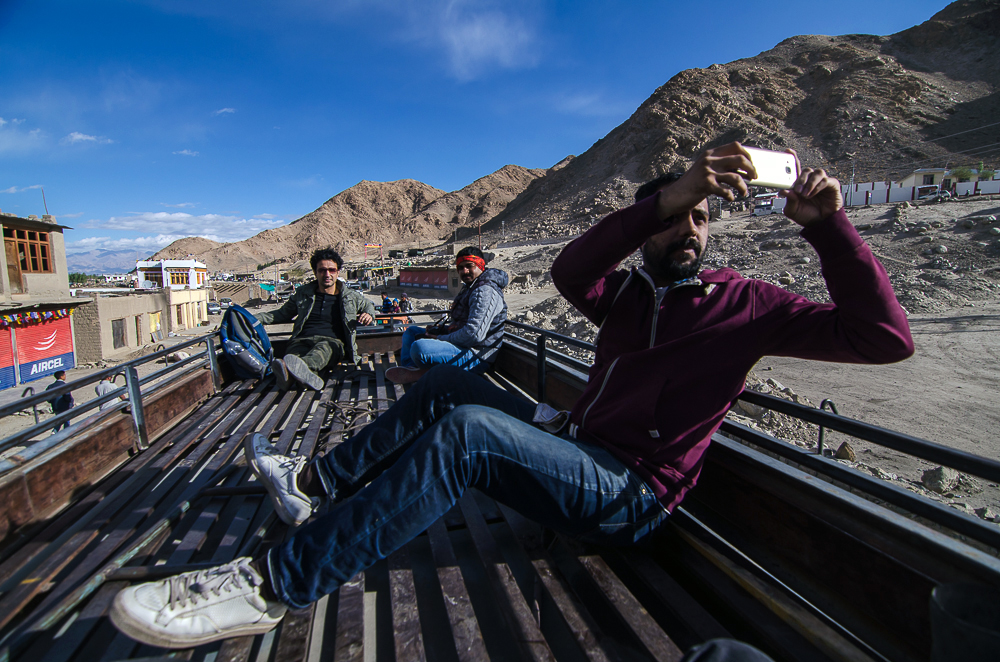 4 of us went to the Naropa Palace sitting on the Bus top! 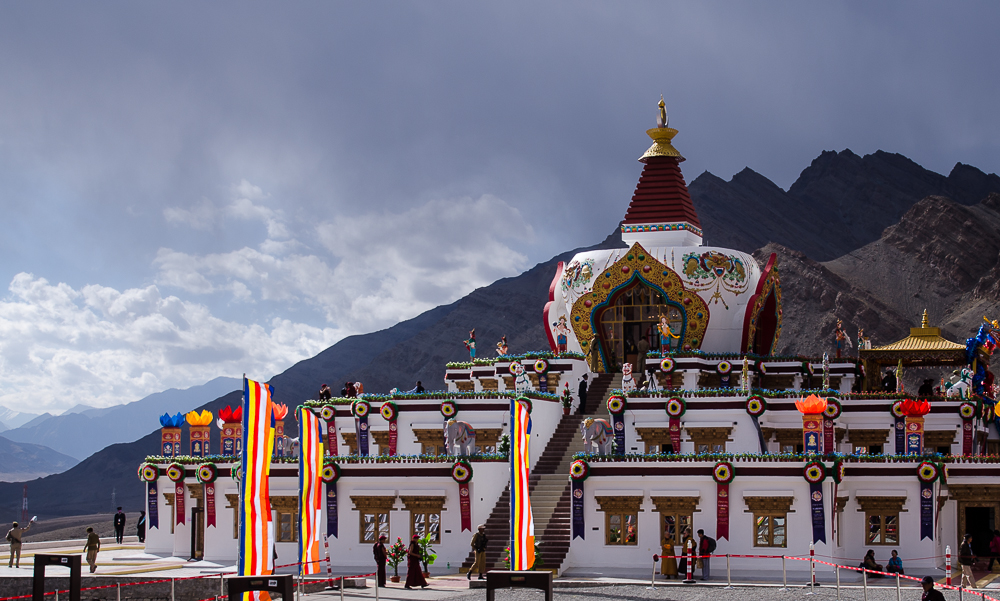 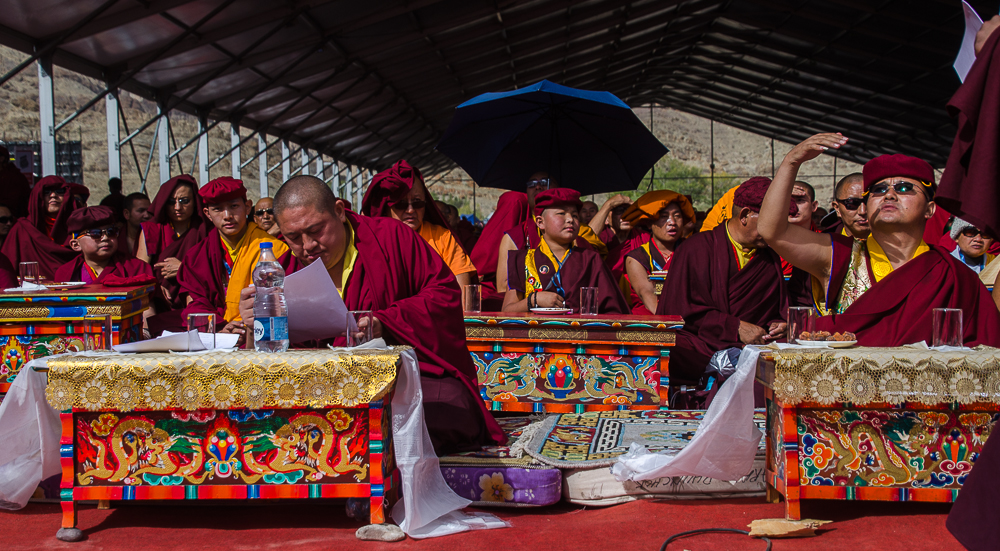 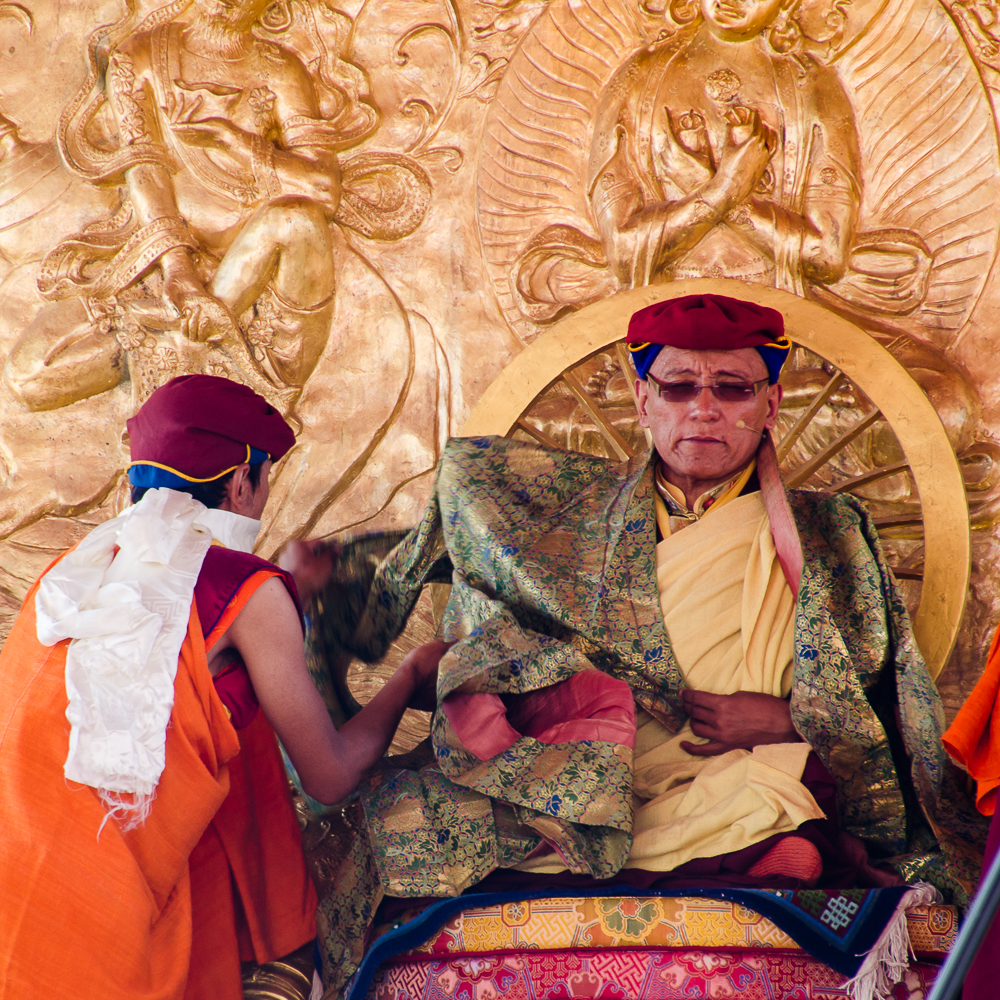 His Holiness Gyalwang Drukpa on the ceremonial throne. 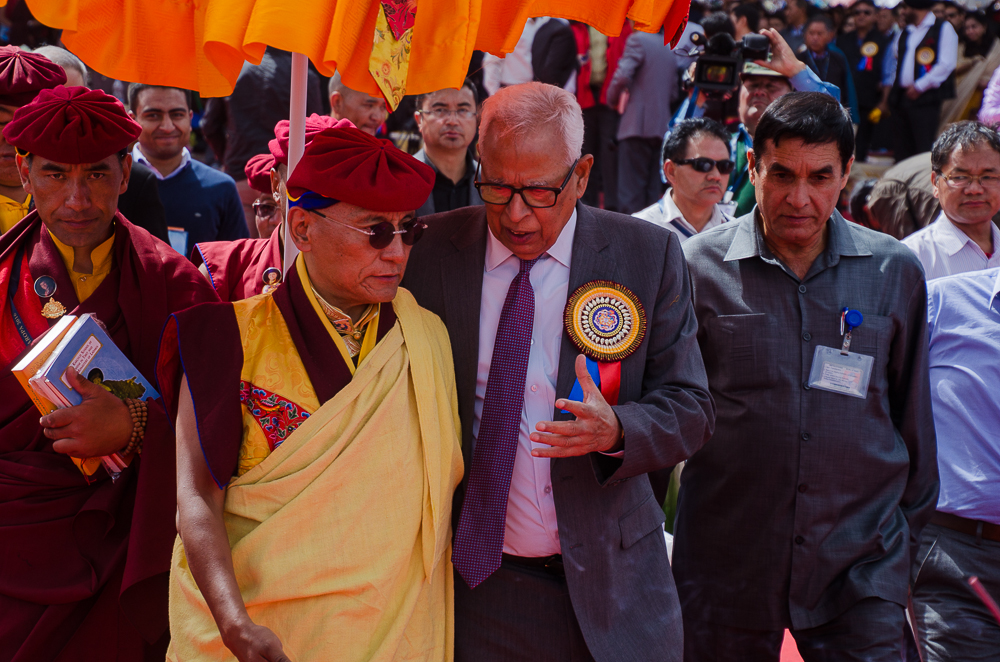 His Holiness Gyalwang Drukpa and His Excellency N.N. Vohra – during the Naropa Festival

I loved the way the J&K governor presented himself with absolute poise and grit. He congratulated the organisers and spoke about peace, Buddhism, eco-friendliness and the cross-cultural ties.

In the cultural event, there were representations from all Himalayan regions – from Ladakh, Himachal Pradesh, Nepal, Sikkim, Darjeeling and Bhutan. It was colourful, to say the least. The photographs would tell you how it was. 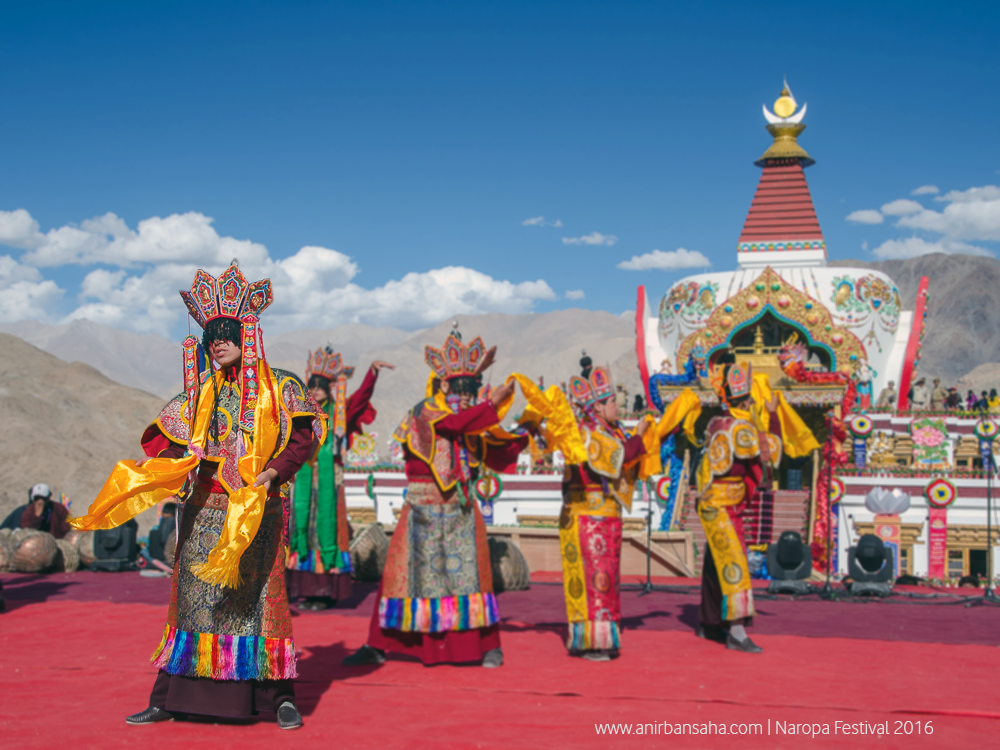 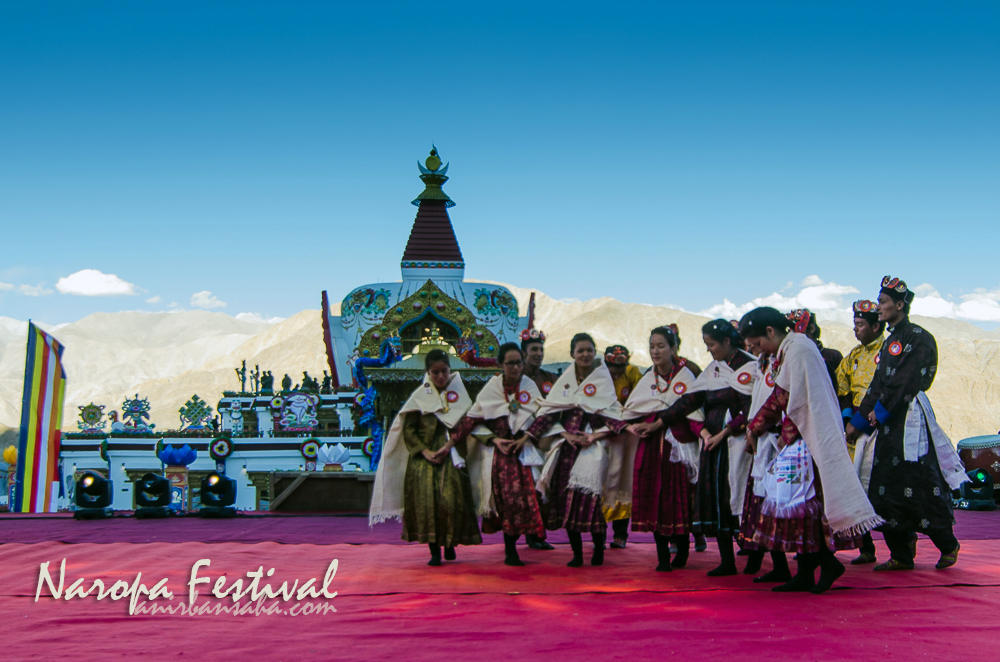 The Troupe from Himachal Pradesh | Shot with Tamron 16 – 300 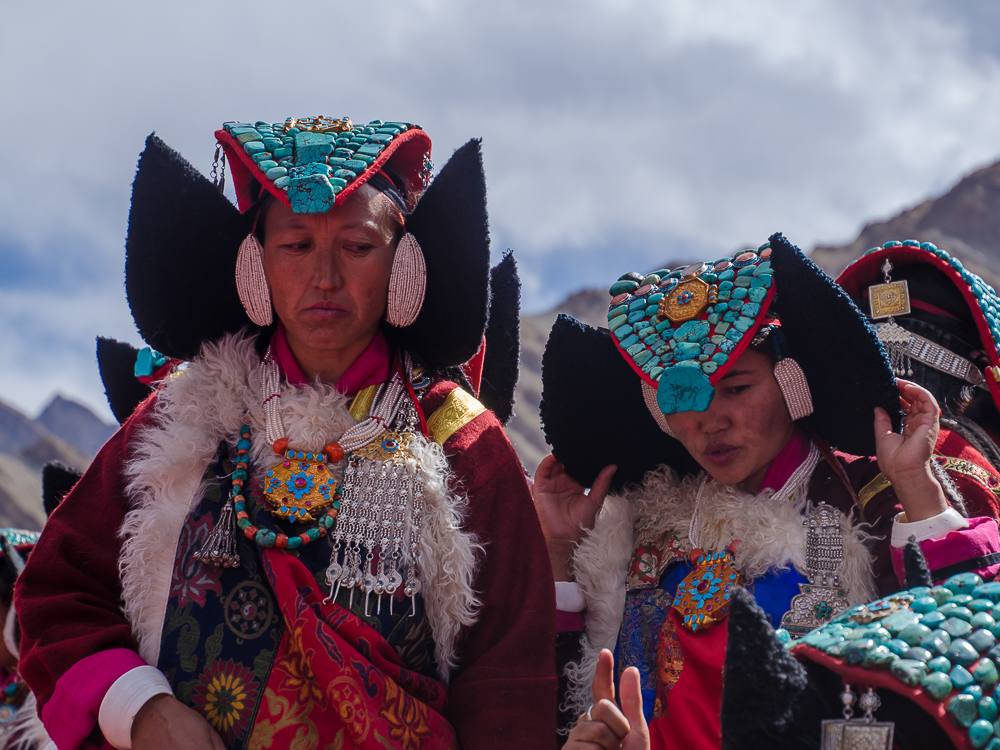 Cultural Dances at the Naropa Festival

This was the first time I photographed the Dragon Dance. I’ve never seen something as spectacular as this. I loved the performance of the troupe that came from Himachal Pradesh. 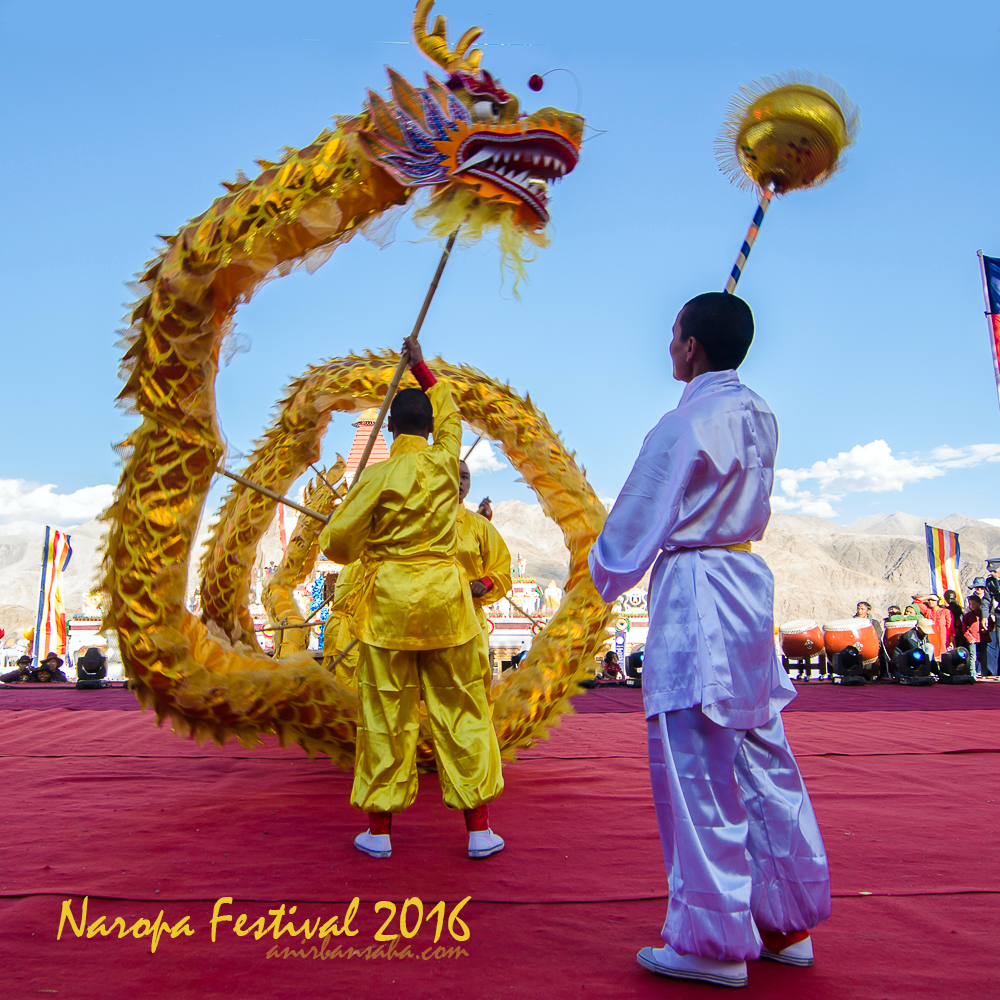 Dragon Dance at the Naropa Festival.

The Dragon Dance during the Naropa Festival 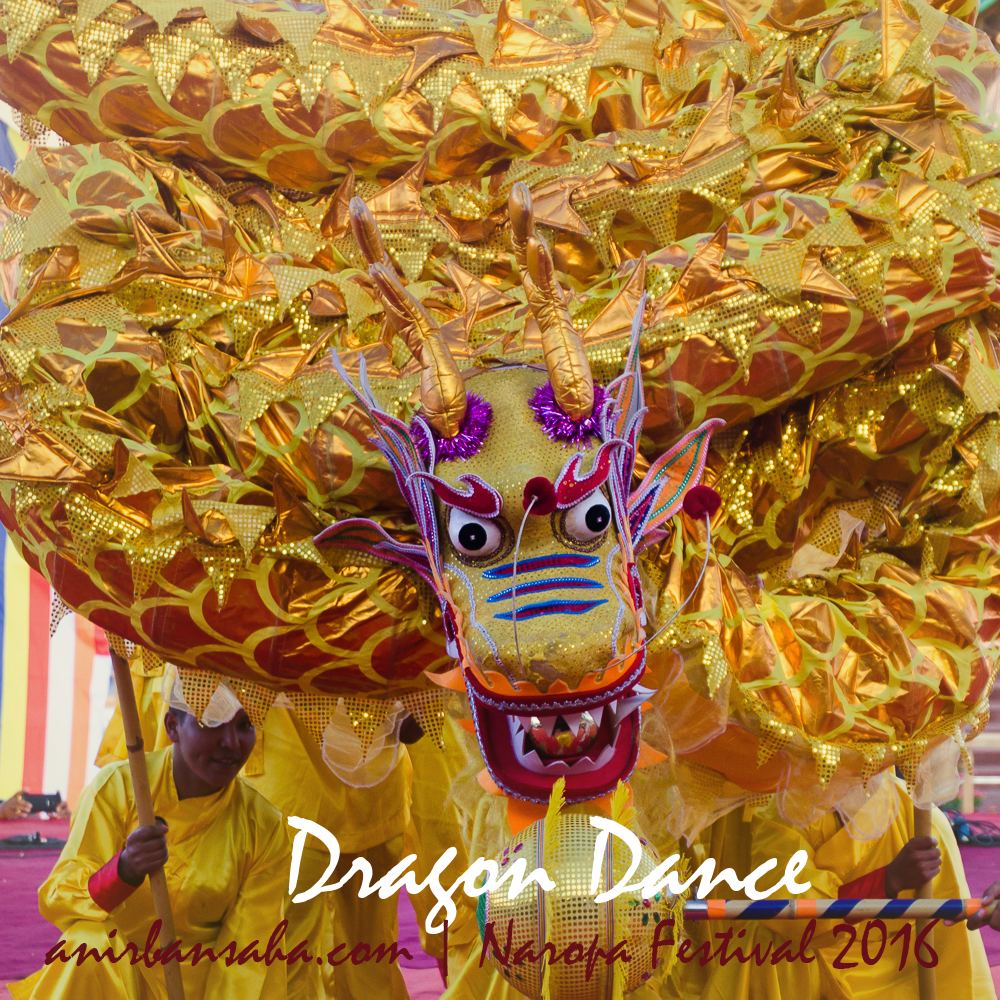 It was an honour being a part of this festival. I take back home a lot of fond memories from the mountains, the sermons of the Drukpa lamas who spoke about inclusive growth, responsibility towards and upliftment the society; the time I’ve spent with the entire crew.

I’ll end this post with a few tips for the first time travellers to Leh.

Tips for the first time traveller: If you are a first timer, please give yourself time to get used to the climate there, do not jump around. Have a good amount of water at regular intervals. If you know how to ride a bike, hire one and use it. Have the roadside kababs, those taste awesome. If you are a vegetarian, please note – that egg is also considered veg there.  Do not expect internet there. WiFi there does not work as expected. Try striking a conversation with random travellers. You might make a few new friends.