I avoid crowded places, given my weak health now. But I had to give in to the demands of Saimantick. Sayan too joined in and we left for the ghats at 3:30 AM on Mahalaya. I never thought the day would turn out to be so good. I thank them from the core of my heart.

I would not be here in Kolkata for the Durga Puja. I am in desperate need of a break and I’m going to Meghalaya with Harshit and Surrbhi. Harshit should not be a new name to any friend of mine. Surrbhi is one mad girl, we met in TCS. While most of the girls we meet generally are “nyaka” (do not ask me to translate this), she is a sport! Hailing from Jammu, she was almost in tears when she realised she has to stay in Calcutta for some time now. Now we believe, she likes being in Calcutta.

Before we proceed any further, please be informed, this blog post is going to be a hotchpotch of unrelated stuff. Let’s start with Mahalaya. 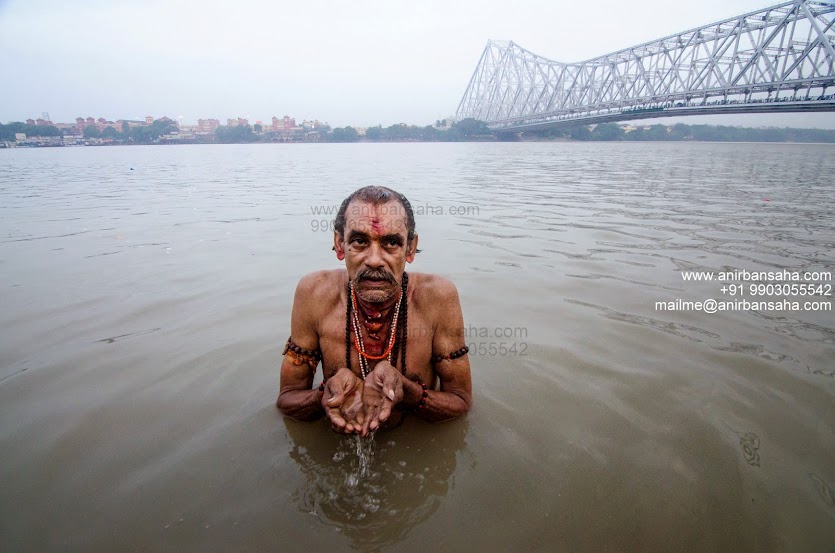 The Mahalaya marks the beginning of the Durga Puja in Bengal and its equivalent in the rest of India – the Navratras. This Durga Puja in Bengal is the autumn festival and is often called “Okal Bodhon” or the untimely invoking of the Goddess. This untimely invocation was done by Lord Ram (The Hero of Ramayana) seeking power from Goddess Durga. The end of Durga Puja also marks the death of the demon king Ravana and is celebrated as Dussehra primarily in northern parts of this great nation. Diwali that follows Durga Puja is celebrated as the return of Rama to Ayodhya. Diwali, however is more popular as “Kali Puja” or the worship of Goddess Kali (the war Goddess) in Bengal. If you know why Bengali’s celebrate Kali Puja during this time, do let me know.

The Mahalaya is characterised by the worship of the ancestors. In this patriarchal society, the son of the house goes all the way to the river Ganges (which is regarded holy in Hinduism) and prays for the peace of his previous 14 generations. It also marks the end of the rule of the harsh men power and marks the beginning of the female power that is caring and scaring at times ! Standing today, it is more of the photographer’s festival than anything else.

Square frames interest me these days. Blame instagram!
I tried some square frame, a majority of which is top shots. Do have a look: 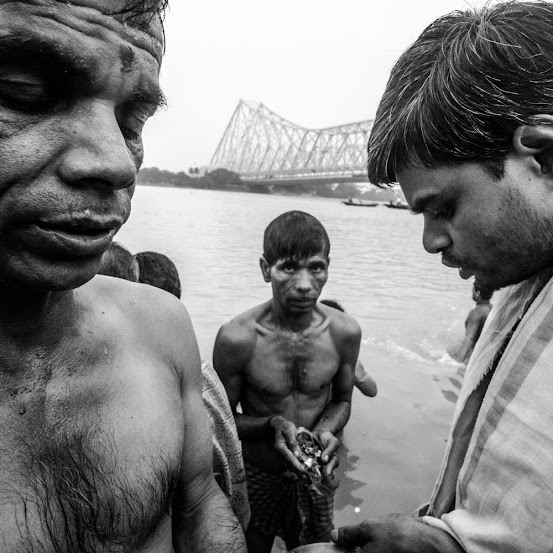 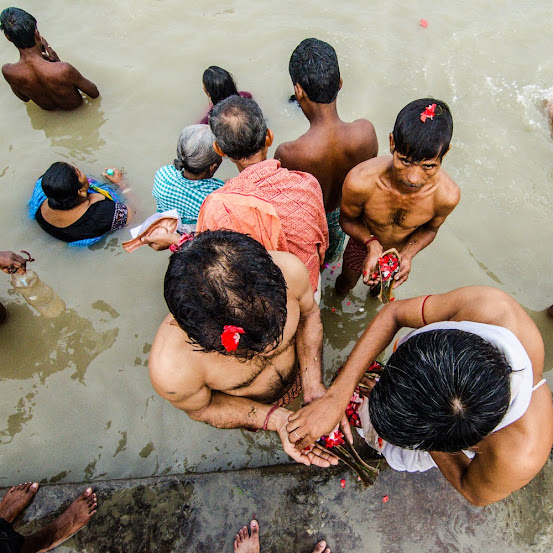 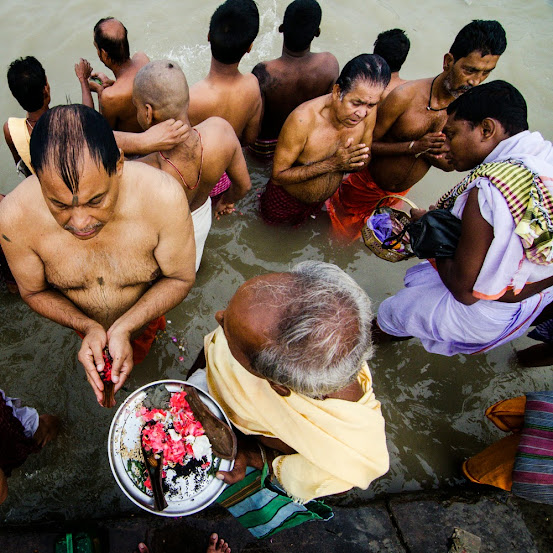 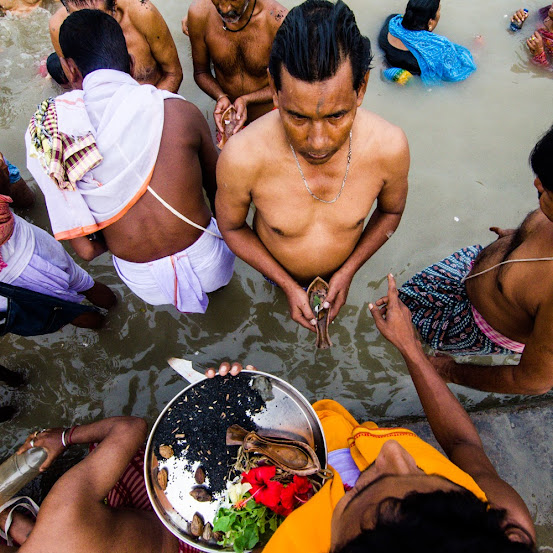 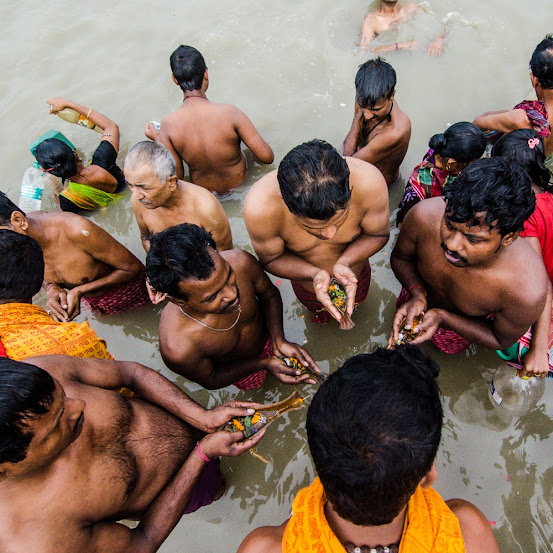 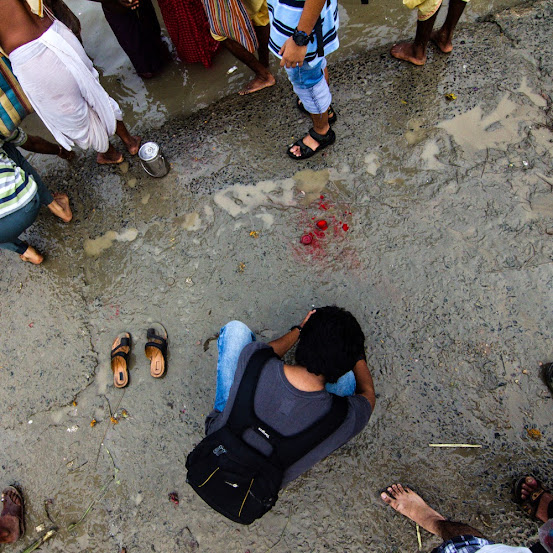 Kumartuli is a place of a million stories. One such story is of Narayan Pal. He is an idol maker by heredity. He started making idols at the age of 7 and now he is near 80 years of age. While talking to him, I could see his eyes getting wet when I wanted to know how he feels each time people buy the idols and takes it away from him.  I did not know how to react. I ended the conversation there.

I regret not being able to shoot Kaash phool this year as well, might not get an opportunity to shoot Dhaak and Dhunuchi Dance. Well that saddens me but Meghalaya fills me with a newer happiness. If my health is okay, Meghalaya will be a fantastic trip.

I hope you liked this week’s blog post about Mahalaya and Narayan Pal. Do leave for me, your honest reviews (comments) about the photographs used or the information shared. Have a fantastic Durga Puja / Navratras ahead.