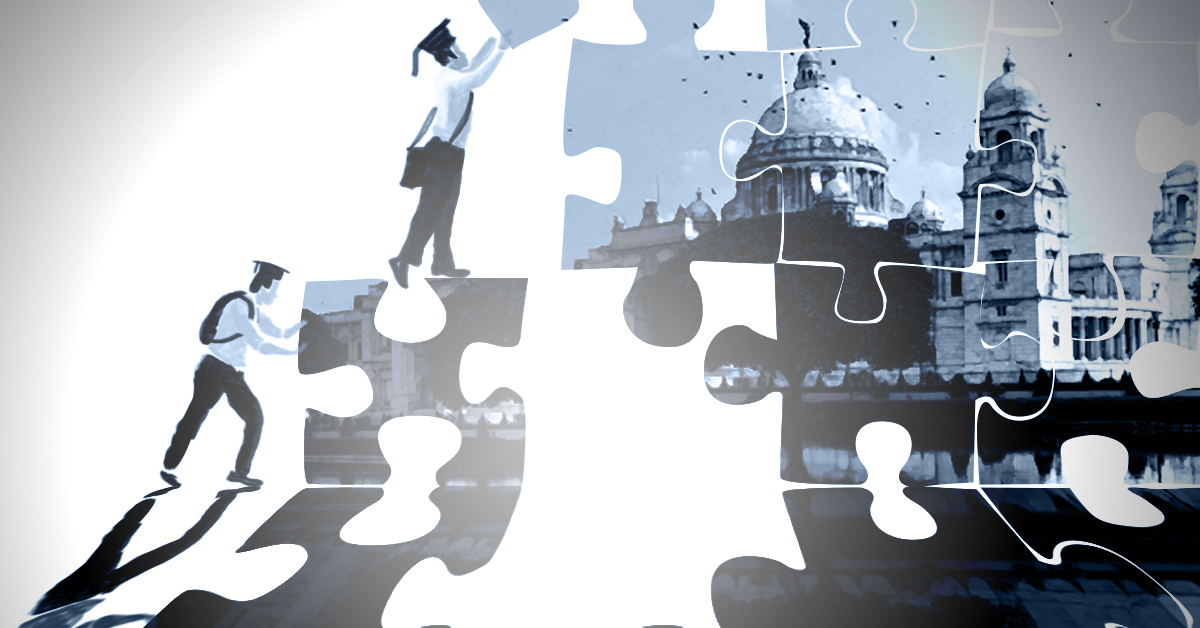 Companies that started during college and are making it BIG | Be there during NASSCOM Product Conclave 2016 | Artwork: Rimbik Das (The Indian Artist).

They challenged the idea of seeking a job. Instead, they took little initiatives while in college to create jobs for others and not crib about the lack of job opportunities in this part of the country. They are out to win the world with their roots in their college campuses.  It’s a privilege to be writing this blog post, connecting to these incredible young men who today, inspire me.

In this blog post, I would speak about five of them and mention a few others. Most of the campus startups that I am listing in this blog post are either technical or have used technology to further their business. If you know any emerging company who are either in their campuses right now or hail from their college campus, do encourage them to fill this form.

I have been the blogger and chief coordinator of the Entrepreneurship Resource Planning Cell in my college and it’s amazing to see so many people encouraging young students to chase their dreams, pursue their passions and live their own lives by their own terms. If you are a startup, campus or otherwise, you might want to get connected to NASSCOM 10000 startups, National Entrepreneurship Network (NEN), Startup Saturday Kolkata, The Indus Entrepreneurs (TiE). Our Bengal government has started StartupBengal.in and a TV show “Egiye Bangla” to encourage entrepreneurship. The Central government too, has launched “Startup India, Stand up India” campaign to encourage entrepreneurship. In Kolkata, there’s more than just the “Telebhaja” industry as the popular media would want us to believe.

Distronix , conceptualised in 2013 by students of IEM, department of Information Technology, is working specifically in the IoT domain. IoT stands for Internet of Things, a way in which different objects interact with each other, exchanging information wirelessly. That was the simplest way, I could have introduced IoT to the uninitiated.

They make objects intelligent and communicable from a single point. They provide solutions for

a. the smart cities, where various objects in a city are made to communicate with the central location.

b. the production plants, where analytics play a major role in decision making. Analytics data are communicated to one location, made accessible to make reports for readability.

c. Smart homes, where electrical appliances are made to consume up to 40% less energy from a mobile device.

In the last few years,  they have worked with TCS Innovation labs, Capgemini to name a few, got into strategic partnership with other MNCs to aid their research and development. They are mentored by Jayananda Kotri of SAP Labs Bangalore.

Easy Coach, founded by Om Agarwal, aims to bridge the gap between coaches and students to make admissions easier.

Om Agarwal, a student of NUJS Kolkata, specialising in startup laws had this idea of incentivising the marketplace for college admissions. His idea has won hearts and has been recognised in the Silicon Valley as a part of NASSCOM Innotrek. This startup is covered extensively in the Indian media after he got funds from an angel investor. Easycoach got covered in The Times of India, The Telegraph, NDTV, Economic Times, MediaNama, VC Circle to name a few. It is only a couple of months old and is mentored in NASSCOM 10000 startups programme. With 40+ signups every day, Om plans to expand to China next year.

The idea is simple: If I want to do my masters in a specific subject, say data science, I need to log on to their website, pay a certain amount of money to find a coach for myself who would mentor me with college admissions. EasyCoach would then search for possible funding options, connect to banks or individual funders, keep you informed and get funds for you. Their future plans are grand and we believe in the vision.

Agastya Buoyant, founded by Prantik Sinha is recognised, covered by media and is funded.

Agasthya Buoyant is established by Prantik Sinha and Sandeep Nair, the idea of which occurred to him during his post graduation days. He is an alumnus of IIEST Shibpur (BESU). Prantik wanted to devise a way through which he can control the surface water pollution caused due to solid waste and underwater salvaging of sunken objects.  His products “Trash boom” and “Underwater lift bag”, have won accolades even in “Egiye Bangla”, the TV show run by MSME sector of the West Bengal Government, hosted by Sourav Ganguly (Former captain of Indian Cricket Team). They’ve been covered in the media extensively and have raised funds from TIFAC-SIDBI, GITA (Joint Venture of DST and CII). They are mentored in IIM Calcutta and by individuals like Mr. Somnath Chowdhury and Mr. Goutam Sen who was a kopt marine director. Their clientele includes Kolkata Improvement Trust, Public Health Engineering, National Mission for clean Ganga and NIT Silchar.

Made in India, made in Kolkata. They do not, however, have a blog section. I’m sad.

Edots was formed by Soumalya and Saikat. I’ll tell you what is special about them. Hailing from very humble backgrounds, their humility and hard work have made them reach heights. Alumni of the Techno India and JIS Group, they have a team size of over 10 people specialising in embedded systems, encryption along with C#, Java etc. They’ve worked with East Indian Railway, HIDCO, Hindustan Lever to name a few, they have their own product range with people use. One of them is the Dot Encrypter, which is used by more than 150 educational centers catering to more than 10000 students. They’ve made ERP systems for Opto electronics, Klystrom to name a few.

You know what? They aren’t mentored, not funded, no proper marketing plan, no substantial digital presence, team size of over 10 but yet manage to make a seven digit profit in the last fiscal year. 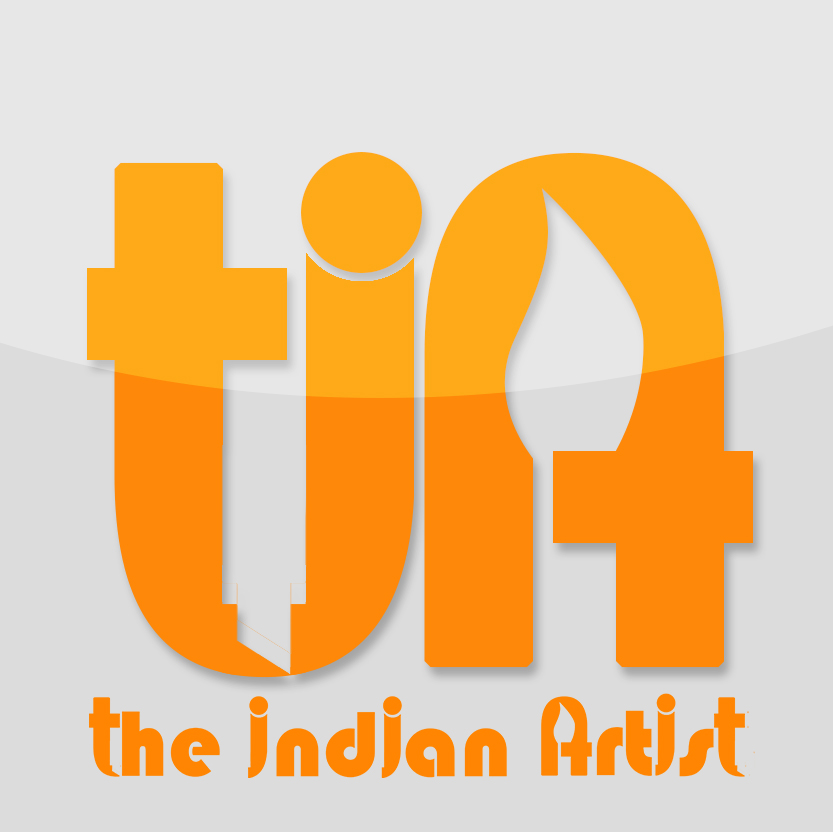 The Indian Artist was conceptualised when Rimbik was in his second year. This is a seven-month-old campus startup and the founders are still students of St. Xavier’s College. They offer logo designs, graphics, illustrations, animations and videos at a very affordable rate, which even startups can afford. Their work has been showcased in different parts of the nation and their clientele includes Apeejay Bangla Sahityo Utshob, P C Chandra Jewellers, International Kolkata Book Fair, ITC Sonar, B & A Pvt Ltd, Natraj Pipes.

There were other interesting initiatives that had filled the form. A few of them include “The Anon. Productions” who make videos, “Theorex” which aims to conduct technical workshops in different college campuses. “Code Blix”, work on a similar concept but offers placement to the students who are evaluated on their platform. Another young player in the Edu-Tech field is “ZeroInfy” by Abhishek Bajaj.

“Inglorious Innovators” is doing something novel, but is too young. They are not mentored and they need to pitch things properly. I came across them in Heritage Institute of Technology Blogging workshop conducted by Kolkata Bloggers and I love the way they explained the concept. They are passionate about their work and I am sure they’d do well.

“YesSIRve” raised Rs.75 Cr (not verified) in their funding and promises to go global. These Xaverians know how to market their product and I loved the way they packaged their startup idea in the form I shared. They turn an event venue to a five-star environment. They’ve not only amazed me with their presentation but also their clients, recovering their investment in less than two months. I would love to chat with them one day, heart-to-heart.

I so wish I could add Kolkata Bloggers to this list. Kolkata Bloggers is owned by me and I did not start it in college life. It is co-owned by Arjyak Bhattacharya (CSE, Heritage Institute of Technology), Ankit Agarwal (IT, BPPIMT) and the other prominent leaders are all college students in Kolkata, Vellore, Mumbai and Delhi. Apart from the blogger engagement programs and workshops, we have created a disruptive Content Curation Network (CCN) which offers a network of professionals who create text, graphics, videos and animated content, websites, mobile applications, social media and digital marketing and also printing publishing books.

NASSCOM Product Conclave 2016 is focussing more on the emerging companies, the companies who are 3 – 5 years old. The workshops are targeted to solve their pain points. This year, the workshops include digital marketing, UI workshops, workshops focussed on customer care, value proposition and positioning. If you are interested, grab your passes by June 10th, giving a nominal early bird fee. Click on this link to go to the website.

If you have liked reading this blog post, if this inspires and if you’ve come to know something new, do share this blog post and encourage people to start their own business and follow their aspirations.