I wish you all a very happy festive season. Warm greetings on this auspicious occasion of Mahavir Nirvan Diwas, Kali Pujo, Naraka Chaturdashi and what is popularly known as “Diwali”. 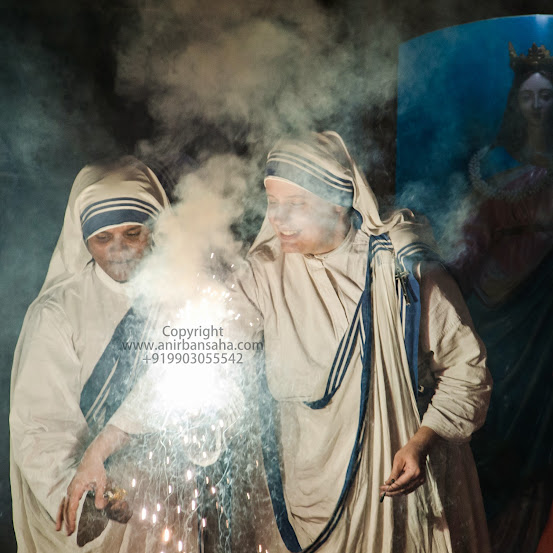 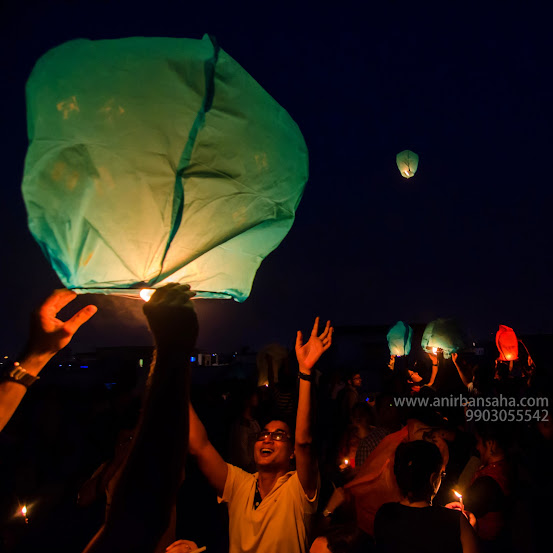 While most of us are celebrating “Diwali” across religions, regions, age groups and while most of my friends are shooting candles and Diyas or else partying, a few friends of mine were doing some real good job. While Aroop organised gifts and clothes for the Salt Lake slum dwellers, Asmita and her friends go to the Missionaries of Charity bursting crackers with the children and nuns there. Photographer Debarshi Dutta Gupta and his friends light flying lanterns in memory of those who have passed away in the last year.

Valmiki’s Ramayana reportedly has no Diwali in it. While the Jain texts mention this time to be the festival of lights after the Supreme light ( Lord Mahavir ) attained Nirvaan (Enlightenment/ Death) . The rulers of the land said that the Supreme light might have gone, but the event shall be marked by the earthen lights. “Diwali” is popularly known as the festival of lighting lamps across streets to mark the celebrations of Lord Rama to Ayodhya after having defeated the demon king Ravana. In Tamil culture, it is Naraka Chaturdashi where God Karthik and Goddess Kali killed a demon. In Bengal, this is the time for Bhoot Chaturdashi, where the spirits (read: Ghosts) roam around freely on the streets without restrictions and is followed by Kali Puja or worshipping Goddess Kali, the war Goddess and the Goddess often associated with excess power, ghostsand supernatural acts. 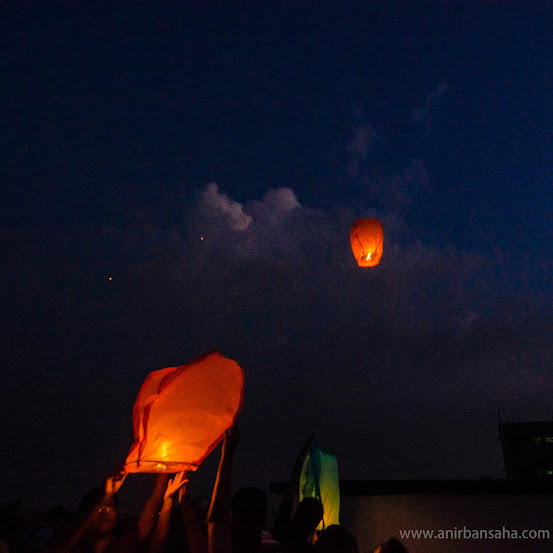 The flying lantern event was like a mini Kolkata Photography Club gathering, many of whose photographs I follow and have learnt from. I saw photographs last year and this year, I asked for an invitation for myself 😀 ..and took Saimantick with me. 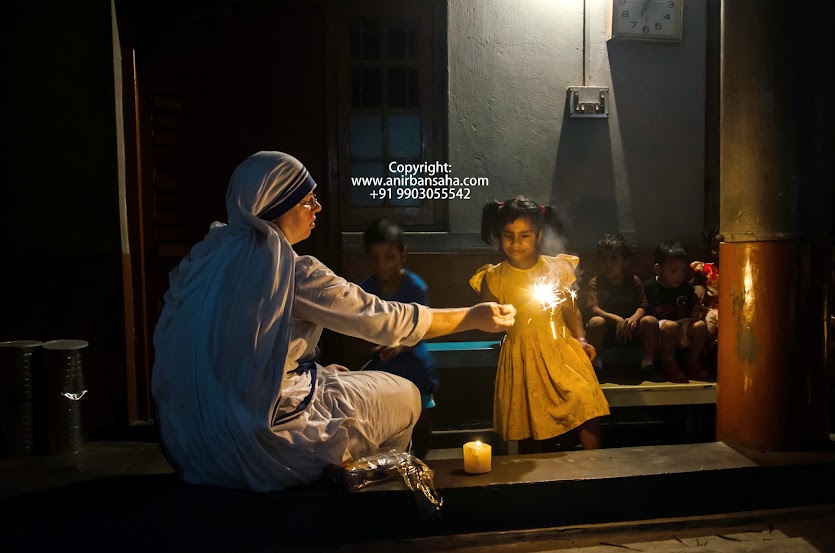 I wish I could spend some more time with them. I took a friend Rajatabha with me. He seemed fascinated and he appreciates the initiative to spend time with the children and nuns of Missionaries of Charity. He said he has personally conveyed his regards to Asmita. Another very small incident happened that touched both Rajatabha and me. Koustav bought a chocolate for a girl on the footpath. The girl did not run away taking the chocolate. She actually smiled and said a “Thank you”. Well, we all had smiles on our faces.
I am happy as long as my friends are happy and smiling. Both Saimantick and Rajatabha seemed very happy, (Koustav কে দেখে কিছুই বোঝা যায়ে না। আমার মনে হয়ে ওরও ভালোই লেগেছে।) ..and I seem to be the happiest person.

I’ll add a few photographs to this blog post sometime later today. Bhai Phonta time, you see.
How was your Diwali?