Nestled between the hazy silhouettes of Jambu Dwip, Sagar Dwip, Henry Island and Bakkhali lies the rustic and virgin island- Moushuni. Not many tourists are aware of this island or its plight in contemporary times. But an expedition conducted especially for the bloggers and photographers led me to discover this island. One of the epitomes of off-beat travel that I have experienced till date, Moushuni island can be seen as a destination for a day trip, offering you very little time to spend amongst nature; or as a destination for an overnight beach camping, allowing you to experience a little more .

How to reach the island?

Moushuni can be reached in several ways, but each one can take several hours. We chose to go via the 6:45 a.m Sealdah local train till Namkhana station, which took us around three hours to reach and from where we took a shared motor rickshaw (toto) to the bank of the river Hatania- Dotania. This is the safest place to break your journey and eat lest you want to go hungry for the whole day. Alternately, you can carry your own food. It takes around 15 minutes to cross the river by boat. Thereafter you take another toto to the van stand – a good fifteen minutes afar. The van would take you on another journey through the winding village roads for half- an- hour or so. You do need to take care of long leaf blades entering the van and hurting you if you sit too close to the window. The vans lead you to the river bank of Chinai river which takes another twenty minutes to cross by boat. From there you take another toto which would finally bring you to the other side of the island – your destination. Alternately, you can take a direct boat to Moushuni Island from Hatania- Dotania River which would take you around two- and- a- half hours to reach. Facts to keep in mind:

All along the way, apart from enjoying the rugged and rustic village sights, we were also told about the place and the landmarks by our guides. Interestingly, even though mobile internets do not work in such remote places, there are still certain connections which help you to make calls and keep in touch with your family back home. Further, bringing your Jio Net would not be ideal because Jio connections here cannot be trusted and also, you would probably want to enjoy the peacefulness of the place rather than indulging in the everyday digital life again. For hygiene purposes, it is advised to carry your own water, either from home or from Namkhana where you do get packed water. If you opt for an overnight camping, you need to make a decision a night before your departure or at Namkhana itself whether you would want to carry beers and cigarettes with you or not. There is no place to spend the night in Moushuni apart from beach camps or tents. The nearest place to halt in a hotel or a home- stay would be Namkhana , almost two and half hours away from the island itself. However, it is a completely separate matter if you are a frequent visitor to the island and the locals invite you to stay with them! I asked my guides, after having seen the Namkhana Growth Development Board, Standard Chartered Bank and a primary and secondary school about the livelihood of the people. To this, I was taken aback to hear that though the facilities are present in theory, there is no practical implementation of it. Schools are present, but the children find it too far to go to and the teachers wait for a transfer no sooner than they join such a remote area. This made me realise the difference between growth and development inked on paper and implemented on ground level. Moreover, I noticed a huge overbridge under construction linking the banks of the Chinai river. I must implore that this is a great step, but I also wonder about the time taken to build the bridge and how useful would it be for the locals and the tourists.

The Life in the colony:

The main attractions of the island were its stories, the fishermen colonies and the innumerable crustaceans that lay scattered on the beach itself. In fact, the group divided itself into three smaller groups – one headed out to the mangroves, one towards the fishermen colony and I simply took a walk along the beach while listening to our guide. He spoke of how the village of the fishermen flourished on the island till a major jolt of the Aila disaster ruined everything for the locals. Many lost their near and dear ones and some fell so seriously ill that they have not recovered until today. A certain hut had a huge boat parked in front of it. The boat was in the memory of the fishermen’s daughter who died in search of her father one day. Another house toiled over their livelihood with no basic amenities and food products reaching them. The nearest medical aid was in Namkhana – a distance that was enough to even kill a severely injured or sick person. Electricity is a luxury which has not yet engulfed this island at all. On asking the locals about the government aids, their reply was the same – they (government officers) come at times but still nothing has improved. Being a travel blogger, I often tend to visit known and unknown places in search of customs, rituals, ceremonies, festivals and culture- but Moushuni Island requires the basic amenities for the survival of its inhabitants. Moushuni was targeted as a place for an off-beat travel destination. But there are several inherent issues with the place which has unfortunately not allowed it to flourish and fortunately helped it maintain its virgin status. The primary fact is that it is hard to access. Most people would rather give up on the idea of visiting Moushuni rather than opting to travel almost twelve hours a day to and fro the destination. With no access to proper sanitation, food and water and shelter facilities; most people would overlook it. The second reason for it not to flourish is the fact that it is under –developed. The people need to be given a developed setting and the basic necessities of living their daily life before trying to develop the destination as a tourist spot altogether.

My trip to Moushuni Island opened my eyes, to the overlooked concerns or rather lack of concern from the higher authorities towards the plight of the inhabitants of this island. With no proper medical facilities, market, hygiene, sanitation, education etc; Moushuni is far from being a developed colony which can sustain itself. From my experience, Moushuni cannot be compared to other beaches like Digha or Mandarmani. It should rather be looked as a virgin beach and primarily helped to evolve into a self sufficient unit; and maybe later a weekend travel destination. 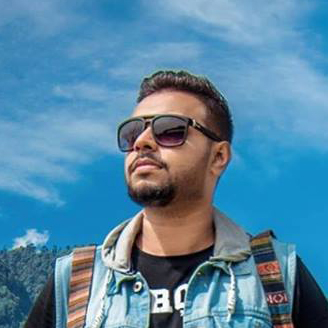