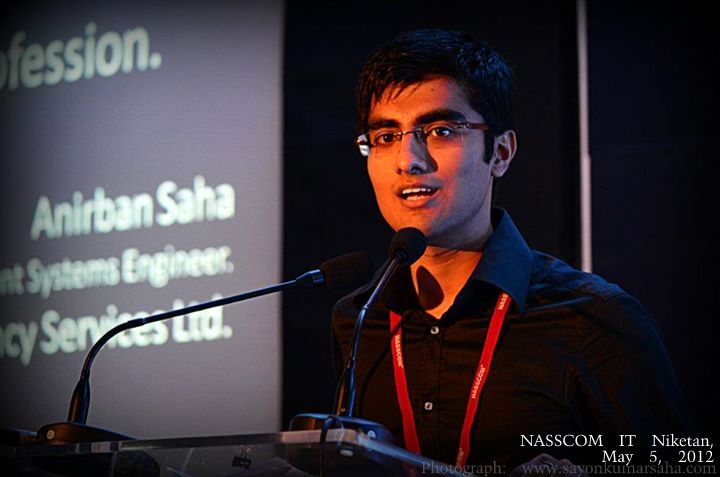 As I have told in my introduction, I am neither the best programmer around nor the best photographer. My biggest strength and inspiration has been my friends, my team that I work with. While 5 days of the week, I am a regular TCS employee, weekends are spent with my camera.  And this is how, I have traced a path for myself, the journey of which I will keep sharing on this page. Please be informed, this is not a tabulated data of my achievements.. It is a subjective recollection of my experiences, disorganised as one might point out.. As is the human heart, I might have spoken much about few insignificant memories because I love them, while I might forget to mention few important works.

As a software professional: I started as an intern in a company called Techshu (2010). I continued as a Freelancer WordPress plugin developer in my college days. Was recruited by Tata Consultancy Services Ltd from college’s on campus recruitment on January 2011. Joined TCS on January 2012 and today I continue working with TCS very proudly as a SAP ABAP Consultant.

As a Photographer: I do not really take part in competitions. Till today, I did not take part in any exhibition. The reasons are simple:  Firstly, I do not think I photograph that well to take part in competitions. Secondly, I am not willing to invest time and money, unless I am sure of the amount of ROI(Return on investment) I am getting. Sitting in Kolkata, I am seriously not sure of the ROI. To make new people view my photographs or to stay in touch, for me, my blog and Facebook suffice well.

However, by the grace of the Almighty, I do get regular photography contracts. And I do few non commissioned / honorary work. Few of the latter include the photograph shot by me, which went on to become Tabla Maestro Bickram Ghosh’s CD “Timeless Tabla” cover (2012). My work with the Padma Bibhushan Legendary actor Soumitra Chatterjee, the brand Harley Davidson, the magazine Rolling Stone, AnandaBazaar Patrika web portal were such enriching. I learned a lot working with them. My photographs have been used for promotions of Theatre Platform‘s events, BAGA (Bengali Association of Greater Atlanta)’s events, the singer Sounak Chattopadhyay‘s events. I had also been featured in maamatimanush.tv (Derek O’Brien’s website to promote Brand Bengal). My earliest start to photography was by encouragement at DigiPhotoschool. In a competition conducted by Times PhotoJournal, I stood 9th. I had been a regular member at Kolkata Weekend Shoots, and I owe all the knowledge that I have to my seniors there. It was a lovely time spent with them.

As a Photographer – Mentor : I mentor a small group “The Meetup Group“, of young aspiring photographers in schools. I am able to connect to the young minds conducting workshops in schools. I visited St. Paul’s Mission School (October 13, 2012) to conduct a workshop, attended by 4 students. Another MeetUp on December 2, 2012 was organised, 11 people attended it. I was invited to Pratt Memorial School (August 19th, 2013) as a chief guest on their third anniversary of their photography club. I conducted a workshop at The Frank Anthony Public School (January 25, 2014) attended by 73 students.  By the grace of the Almighty, this year I am scheduled to visit few more schools and colleges. This is the most fulfilling part of my life so far, and I love interacting with younger people and listening to them, later engaging them into a discussion.

Update: 06.06.2014 : Was invited to Maya Art Space to showcase my photoblogging experience.

My photograph is published in West Bengal tourism’s advertisement of Christmas celebrations.

Invited to speak in Apeejay Kolkata Literary Festival 2015 as the lead of Kolkata Bloggers, in Bloggers meet.

As the lead of Kolkata Bloggers: Kolkata Bloggers started in April 2014. In the last 5 months, we have conducted a Blogger engagement programme for Tollywood film “Baari Tar Bangla”, Blogger interaction with Rajya Sabha MP Derek O’Brien. We conducted 2 bloggers meet, in June and in July attended by 17 and 28 bloggers respectively. We conducted the event “Social Media in Photography” on 30th and 31st August 2014. Around 200 people attended the event.

Update: September 2014  – January 2015: Collaborated with media houses, did blogger engagement programmes and bloggers workshop. Teamed up with The Times of India for Apeejay Kolkata Literary Festival 2015. Bloggers Meet in Literary Festival for the first time in India.

As a Student:I did my schooling in St. Paul’s Mission School, passed my class 10 and class 12 boards with 84% marks (Yes, I scored a 84% in both the exams.) In the senior classes, I took part in only one quiz, which my house won. One of the quietest students around, I used to skip my PT classes and spend time in the library.

I did my Computer Science Engineering from Bengal College of Engineering and Technology, Durgapur. As a student there, I took part in NIT Durgapur Fest’s film making contest in 2008 and won. Year 2009, I became the blogger of Bengal College of Engineering and Technology – Entrepreneurship Resource Planning Cell. Working as the photographer-blogger there from 2009 January, to becoming its spokesperson in March 5, 2009, to working as the cultural committee chief, being the student editor of the college magazine, to becoming the chief coordinator of BCET ERPC in my final years, the entire college life was so enriching. I cherish every moment with my juniors in the college and juniors of the neighbouring colleges. Organised The BCET Bloggers Workshop in my college, 2009. It was attended by students from our college and students from Dr. B. C Roy Engineering College and NIT Durgapur. Few students from Kolkata travelled to Durgapur to attend this.

After college, I had been a research intern in Indian Statistical Institute’s Linguistic Research Unit as a programmer, working on converting 50 million Bengali words from ISCII code to Unicode to help researchers work on that. Wrote few programs to check how frequently words appear in Bengali usage. Was taken to IIT Kharagpur to work on Tagore’s lexical richness. I had to leave that work without having completed it.

I was a speaker at NASSCOM’s IT Niketan 2012 (May 5, 2012) speaking about programming (my work with ISI), social media (as a blogger), photography and how I balance my life. I was on air on Radio One, (2013) speaking about how today’s youth enjoy Rabindranath Tagore. Did modelling for casual wear for the biggest Bengali household magazine – Sananda (December 15th issue 2013). Have been featured as a blogger in maamatimanush.tv. I was active in Kolkata Blogger’s Meet 2009 and have continued with my association with Bloggers in Kolkata.

I am happy to be invited in discussions in different parts of the city. I love it when people ask from me, my views and experiences. All of these accumulated, make up my life. And this life, I shall take these forward to my more initiatives on my soil of Kolkata, stay tuned.